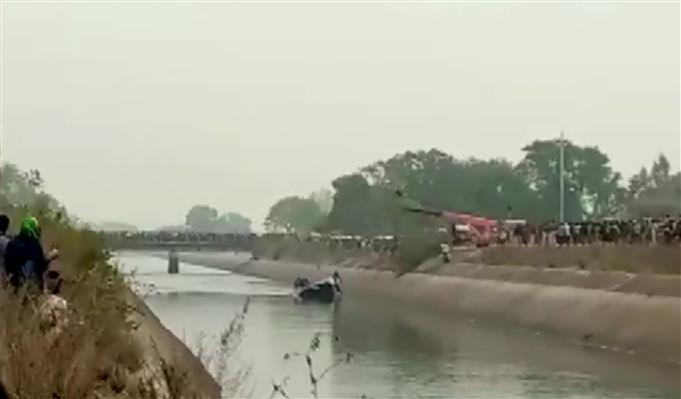 At least 37 people, including 16 women, died after the bus they were travelling in fell off a bridge into a canal near Patna village in Madhya Pradesh’s Sidhi district on Tuesday morning, a senior official said, adding that search operations are still going on.

“A total of 37 bodies–16 women, 20 men and a child–have been fished out of the Bansagar canal till now,” he said, adding that a magisterial probe had been ordered.

Prima facie, 44 passengers were travelling on the bus at the time of the accident, which occurred around 8.30 am.

“Seven persons managed to swim to the banks of the canal after the incident and 37 bodies have been recovered. The 44 passengers have been identified so far,” Jain added.

Earlier in the morning, Inspector General (Rewa zone) Joga had confirmed the recovery of 18 bodies from the accident site.

The bus fell the canal near Patna village, around 80 km from the Sidhi district headquarters. PTI

New Delhi: Prime Minister Narendra Modi expressed grief at the “horrific” accident and approved an ex-gratia of Rs 2 lakh each for the next of kin of those who lost their lives.

Modi said, “The bus accident in MP’s Sidhi is horrific. Condolences to the bereaved families. The local administration is actively involved in rescue and relief work.”

His office added in a tweet, “PM Narendra Modi has approved an ex-gratia of Rs 2 lakh each from Prime Minister’s National Relief Fund for the next of kin of those who have lost their lives due to the bus accident in Sidhi, Madhya Pradesh. Rs 50,000 would be given to those seriously injured.” PTI 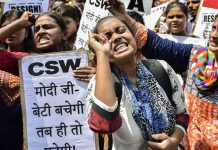 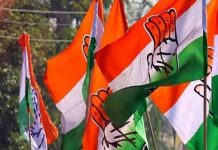 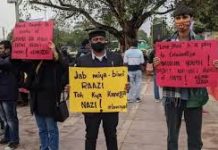 Protest held at Connaught Place against hateful law of “love-jihad”