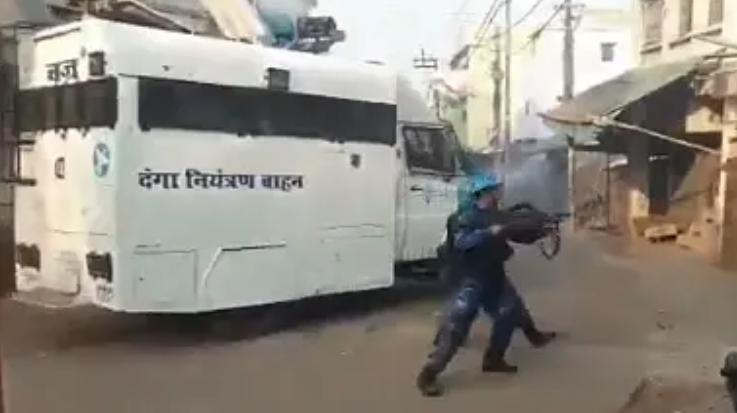 Lucknow: Violence broke out in Aligarh city of Uttar Pradesh on Sunday evening between police and anti-citizenship law protesters in the Uparkot Kotwali area which left two persons injured in firing. A police vehicle was vandalised and some police officers were also injured.

A Rapid Action Force (RAF) of UP Police has been deployed in the communally sensitive district which has witnessed massive protests since last December.

By 6 pm internet services had been suspended in Aligarh for six hours. This suspension might extend beyond midnight.

Aligarh District Magistrate Chandra Bhushan Singh told reporters the violence was under control and the mob had been dispersed.

At least two people received bullet injuries during the violence. Both have been admitted to the hospital and are in a stable condition. Police say the injuries are the result of firing by unidentified “miscreants” and have confirmed they will investigate the matter.