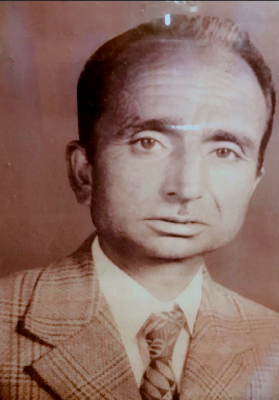 A well-known name in Kashmir, Akhtar Mohi-ud-Din was an insti- tution in his own person – a powerful fiction-writer, poet, historian, human rights activist and statesman. In his life and work, he achieved what many others would regard as stuff that dreams are made of.

He worked in various capacities during his distinguished career as a public servant, but official compulsions notwithstanding Akhtar al- ways expressed himself freely and fearlessly.

His novel, Jahannamuk Panun Panun Naar was dedicated to the first Kashmiri who would take up arms to set “this moth-eaten soci- ety” right.

The novel was written in February 1975, a significant period in Kashmir history when Sheikh Muhammad Abdullah became the Chief Minister of the state after signing what has come to be known as the Indira-Abdullah Accord.

Opposing the Sheikh at that time was not easy, and could have proved fatal. Street-toughs of the National Conference were always on the prowl, but Akhtar was not scared.

In 1975, he knew that it would not be long before Kashmiris resort- ed to guns, and saw it happen barely twelve years later.

The armed struggle began in Kashmir, and he lost his son, Muham- mad Yusuf, and son-in-law, Ahmadullah Reshi, who fell to the bullets of unscrupulous elements.

He had been awarded the Padma Shri in 1968, but when the Gov- ernment of India hanged Muhammad Maqbool Bhat in Delhi’s Tihar Jail on February 11, 1984, he returned the award in protest.

Earlier, he had launched a campaign to save Maqbool.

When the courts pronounced Maqbool’s death sentence, Akhtar is- sued strong statements in Srinagar-based newspapers urging the Gov- ernment of India not to carry it out.

“Gandhi Ji’s India will not gain anything by hanging Maqbool Bhat,” one of them read.

Akhtar Mohi-ud-Din was one of the few poets in Kashmir who iden- tified with the Kashmir movement. He worked on human rights in the early 1990s when the armed struggle was at peak and when human rights violations were rampant.

His colleagues (1) would visit different areas and document rights violations, and meet journalists, diplomats and people from other walks of life to tell the Kashmir story.

Akhtar portrayed the feelings of Kashmiris in poetry as well as in prose. In his book Seven One Nine Seven Nine (71979), he depicts their miserable plight.

His Jalli Huend Dandphel (Jalli’s Broken Teeth), a work of fiction, is about a young woman proud of her MA, LL B.

One day, during curfew, she comes down to the deserted lane by her house and requests an army officer to allow her aged father to cross to the other side. Impressed by her beauty, the officer allows the frail, elderly man across.

But shortly after returning inside, Jalli hears her father’s screams. Rushing down, she sees another officer beating him ruthlessly. Flaming with anger, Jalli argues with the military man.
Next morning, when the curfew is lifted for some time, locals see the father weeping in the lane while gathering his daughter’s broken teeth. In another evocative piece, Aatankwadi (Terrorist), a child comes out when a military patrol is passing through his area, and asks the officer to let him hold his gun. “Sala Terrorist,” the officer mutters, and walks away. Akhtar conveys that Indian soldiers regard every Kashmiri as a terrorist.

Born in Batmaloo on April 7, 1928, Akhtar passed away on May 22, 2001, and was living at Lal Bazaar at the time of his death. He has over a score of publications to his credit.

This chapter is take from the book of Zahir-ud-Din

(A TRIBUTE TO THE UNSUNG HEROES OF KASHMIR) 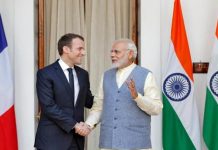 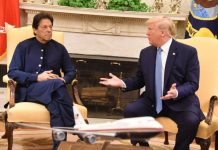 Trump offers to mediate on Kashmir, Says PM Modi asked him to be a mediator, India refused

There was no need to shut down National Highway: Farooq Abdullah