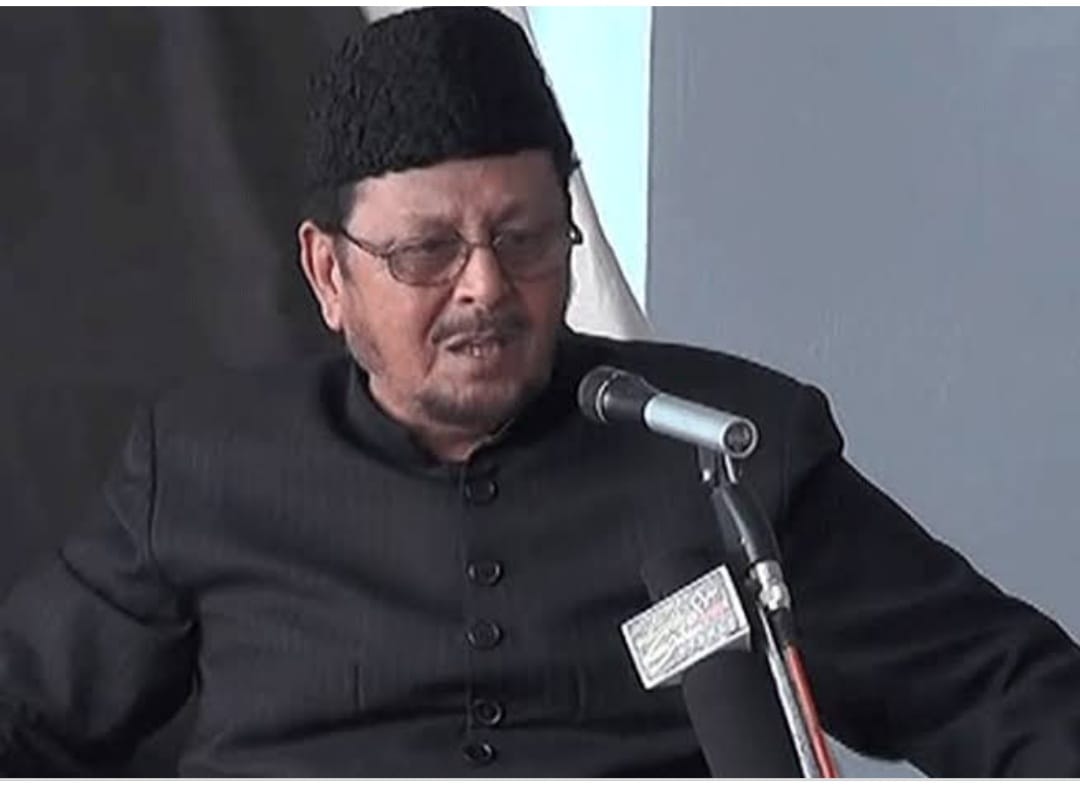 “For life and death are one, even as the river and the sea are one. In the depth of your hopes and desires lies your silent knowledge of the beyond; And like seeds dreaming beneath the snow your heart dreams of spring. Trust the dreams, for in them is hidden the gate to eternity_

Dwelled and brought up in Old Lucknow at Shah Gungh locality, President of the All India Shia Personal Law Board (AISPLB) Maulana Mirza Ashfaq died on Friday after he developed a cardiac arrest. The death came at Lari Cardiology Centre Lucknow , Maulana Was on his Way to address a press gathering.

Dwelled and brought up in Old Lucknow at Shah Gungh locality, President of the All India Shia Personal Law Board (AISPLB) Maulana Mirza Ashfaq died on Friday after he developed a cardiac arrest. The death came at Lari Cardiology Centre Lucknow , Maulana Was on his Way to address a press gathering.


On telephonic conversation with Spokes person of All India Shia personal law board Maulana Yasoob Abass told us that ‘’Maulana was 70 years, old devoted his life on serving the nation with peak of his eloquently philosophy on Persian literature. He was the retired Head of the department in Persian at Shia PG College Lucknow’’.

Yasoob went on saying that ‘’Maulana Mirza Ashfaq’s literary prowness invaded infinite hearts to contribute his literary – feast to the Persian language among his students. “ he added.

“Maulana spread the message of Karbala in several countries to awake people about the supreme sacrifices of Hazrat Imam Hussain (AS) and to infuse in them the spirit of revolution against tyranny and corrupted systems.

He has played the vital role in bringing the people under the umbrage of religious jurisprudence with his extreme wit and knowledge. “ Yasoob added.

Maulana’s life was based on Islamic contributions in his concluding years, he served as an Islamic emissary to deliver his sermons in various countries

“”In his honourable concluding life he, visited England, France, Holland, Dubai, America and other gulf countries to preach the aspects of Islamic moralistic awaking over the modern coercion and deception. He voiced the theme of awakening the Muslim nation for sublime integration. His oratory pitch and enlightening teaching nourished dogma of his disciplines in various countries. “ Said Assad Rizvi who on behalf of Yasoob added.

‘’Maulana Mirza Ashfaq’s death has created a deep vacuum in the hearts of millions of his disciplines in around the world.

Maulana’s was laid to rest at Karbala Dyamatul-Atulla where Maulana Zahid Ahmad lend his Funeral Pray, a condolence speech was delivered by Maulana Imdad Hussain Khan to thousands of people.

Mirza Ashfaq, is survived by his wife, was the president of the board for four years. He was the brother of Maulana Mirza Athar, the founder of the board.

‘’The Rasm-E- Chaharum will be observed tomorrow in the Shia PG College Lucknow in which the various ulemas and masses of highly reputed Scholars will deliver speeches”. Yasoob and Assad added.