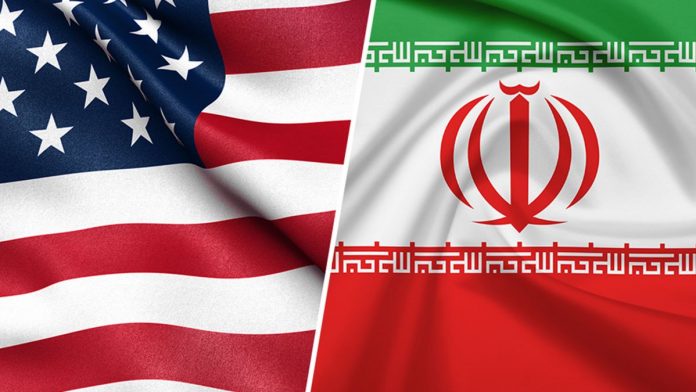 For the past few weeks we are being made to listen to the war drums again and its “Iraq has WMDs” déjà vu again. On the face of it, it looks like the west is heading closer and closer to a war with Iran. The tensions especially between America and the Britain on one side and Iran on the other have particularly shot up with some murky business happening in the international waters. War has certainly devastatingly irreparable effects. The world has been a witness to the senselessly tragic wars waged unilaterally by the western governments against countries like Afghanistan, Iraq, Syria, Yemen etc. over the years. The devastation these wars have wrought is immeasurable. It’s more than ironically tragic that this scientifically advanced and enlightened world still sees the solution in waging wars to suppress other nations and push the common masses into the abyss of death, destruction and starvation.

It will take decades for Syria to rebuild and restore its lost historic glory the country used to take pride in in the days gone by. Afghanistan and Iraq present a no different scenario. The onslaught on Yemen has been described as the worst human catastrophe by no less than the world body, the United Nations. How humane is it then for mankind to continue its affinity with killing fellow humans with absolute impunity and ruthlessness?  Coming back to the most fearsome of the imminent fears which will certainly endanger a greater part of the world, that’s a war with Iran by America led western countries. Of late, the Iranian revolutionary guards have seized two ships both owned by Britain and about which Iran says that these ships violated the international maritime regulations. Iran says both these ships took a turn towards Iranian side of the waters and hence the seizure. Britain on the other hand claims these ships were roaming in the international waters. Earlier, the Britain had captured Iranian oil ship ‘Grace 1’ which they refused to release.  All this came close on the heels of Iranian revolutionary guards shooting down a US’ drone after which the US president Donald Trump had first ordered military action against Iran and then quickly followed it up with rolling back that order for reason better known to the US government.  The US politicians especially the warmongering ones like Mike Pompeo and John Bolton have been cooking up one excuse after the other to make Americans buy the war rhetoric against Iran. They successfully made Trump to abort and withdraw from the famed nuclear deal with Iran famously known as ‘Joint Comprehensive Plan of Action (JCPOA)’. Now the other pretexts include Iran still continuing with its atomic weapons ambition as also being very aggressively disruptive with the passage of international oil transport closer to the Persian Gulf. The fact of the matter is Iran has had to face the severest of sanctions, one after the other, wreaking havoc in the country especially with the economy taking a nosedive for the worse. Iran isn’t even being allowed to trade oil with neighbouring states like Syria. On the other hand, the US wants a whole host of concessions from Iran including no enrichment of uranium at all (that’s to say not even for civilian purposes). Cancer patients, women and children are having a very tough time due to the lack or absence of essential medicines and other necessary commodities. You turn on the news from most of the corporate owned world media, and you would hear the analysts and reports say that Iran is escalating tensions. The blame is squarely being pinned on Iran.  At the root of all this animosity is the Iranian revolution back in 1979 when Iranians chose to chalk out their own destiny and future. They unequivocally said no to American puppet rulers, to capitalization, to westernization and they wanted to control their own national and natural resources. That moral and practical defeat hasn’t jelled well with the American hegemonic and unipolar worldview. The important question at this juncture to ask is that what would be Iran’s motivation to get into a war with America or for that matter any other western country?! Why would a people, having been hit hard over the past couple of decades by debilitating economic sanctions, like to go to war? What would the country gain from a war which for sure will make life miserable for not just Iranians but for millions of people living in other countries. War with Iran will see oil prices skyrocket overnight and with that the inflation of the world economy is a given. Iran has no desire and no need to do this. Iranians know it full well that to get rid of economic sanctions, war is certainly not the way to do so. In fact they had thrown their weight behind the much touted JCPOA in the hope to heave sigh of relief in terms of economic liberation and development. On the other hand, the history of America is replete with wars after wars. If there hasn’t been direct military onslaught on a country by America, there has been a political intervention. It all boils down to the lot and plunder of energy resources. This war psyche in the America polity developed to an extent where there emerged two schools of thought with regard to going to war with other states called the interventionism and isolationism. From Vietnam, Japan, Cuba, to Iraq, Iran, Syria, Afghanistan, Yemen, Libya… America war footprints could be seen almost all over the world map.

Iran has largely wanted to be left alone and insisted to let Iranians manage the affairs of their country. Why would they want a foreign power with ulterior motives to invade their country and leave a trail of death and destruction?  America and other western powers have been executing regime change military misadventures especially with the non-conformist states to the peril of the world at large. If Iranians aren’t happy with the way their country is being run presently, let the people of that country decide for themselves. The world must allow Iran as for any other sovereign state to do business with other countries. America doesn’t have to go about policing other countries and teaching them how to run the show.

As for the general people elsewhere whether they favour the Iranian or the American side of the story, it’s important to not let go of the common sense. And the common sense says that the world must not fall for the ‘WMD (read Iran is building a nuclear bomb)’ trickery one more time. Iran has been open to inspections of its nuclear establishment in the past and will certainly welcome more aggressive investigations in future if need be. The supreme leader of the country Ayatollah Sayyed Ali Khamenie has also issued a religious decree to the effect of not building a nuke. The world needs to pay attention and find a viable solution to the long pending issues like Palestine and Kashmir which together have consumed thousands of innocent lives so far and continue in the same vein at present, instead of indulging in more anti-human wars. Donald Trump, in a meeting with Pakistan premier Imran Khan, has offered to mediate for the Kashmir issue. The question again is how reliable could Trump’s administration be to be roped in to solve this taxing problem when we know their foreign policy has so far been guided by ulterior motives like selling weapons and exploiting resource rich countries in turn. 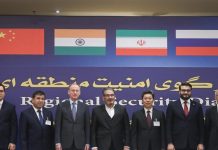 Iran, Russia warn about Daesh relocation from Mideast to Afghanistan 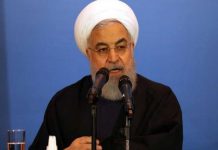 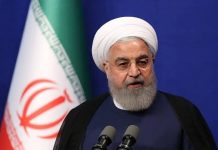 Rouhani / Iran has no problem resuming relations with Saudi Arabia