The Nazis came to power in Germany when Hitler was appointed Chancellor on the 30th of January 1933. And on the 23rd of March the German legislature, the Reichstag, passed the Enabling Act (named euphemistically as “An Act to Remedy the Distress of the People and the State”), which enabled the Hitler government to issue decrees deviating from the Weimar Constitution and the law.

Although in India no such Act has been passed formally and specifically by our Parliament, yet an undeclared Enabling Act has been in operation since many years. The Constitution with its fundamental rights – including the rights to freedom of speech, liberty, equality, religious freedom, etc – as well as the laws are flouted openly and with impunity by the government, law enforcement and other authorities. Meanwhile the judiciary, the bureaucrats and the police, looking the other way (see my article).

Here are some examples:

(1) Muslims are lynched (e.g. Ikhlaque, Pehlu Khan, Tabrez Ansari etc), and other atrocities committed on them with impunity (one Union Minister even garlanding the lynchers) – despite Article 25 of the Constitution which grants religious freedom, and despite the criminal laws in India against murder and other atrocities.

In Delhi, Muslims were attacked and killed during the recent ‘riots’ during the anti Citizenship Amendment Act (CAA) rally, with the police remaining silent spectators, and even siding with the lumpen culprits. Dr Kafeel Khan, Safoora Zargar and other Muslims protesting against the CAA were arrested and kept in jail for long periods.

In Uttarakhand state some legislators of the ruling party said during the COVID period that no one should buy vegetables and fruits from Muslim sellers, which is a crime under sections 153A and 295A of the Indian Penal Code.

n Delhi, a Union Minister shouted in an election rally “desh ke ghaddaaron ko” (“the traitors to the country”), which was a cue to the mob there to shout “goli maaro saalon ko” (“shoot the rascals”) – a provocation to murder. Yet he remains a Union Minister to this day.

Religious polarisation and incitement to religious hatred (mainly directed against the Muslim minority), has risen on an exponential level.

(2) Freedom of speech, ‘guaranteed’ by Article 19(1)(a) of the Indian Constitution, has largely been suppressed by various means e.g. arresting and charge-sheeting those who speak against the government. Instances of it may be seen here and here.

(3) As regards freedom of the Indian media, which too was ‘guaranteed’ by the Constitution, it has been largely suppressed – and this was done via arrests or intimidation of journalists who are perceived as being anti-government, as well as encouragement to the sold out ‘godi’ media i.e. journalists who shamelessly parrot the government line.

(4) Article 21 of the Indian Constitution ‘guarantees’ individual liberty. But despite this provision, liberty exists largely on paper in India, as the arrest and long detention of social activists like the Bhima Koregaon accused, the protestors against the CAA, the Kashmiri leaders after revocation of Article 370 and those who speak against the government shows (see my article).

(5) In the ongoing farmers’ agitation, the protestors were attacked with water cannons, batons and tear gas even though they were only exercising their Constitutional right to peaceful assembly and demonstration – which all democracies enjoy.

How is it that despite no formal Enabling Act such as that which existed in Nazi Germany, the government and the authorities can so brazenly and flagrantly flout the Constitution and the laws with impunity?

It is because those who were supposed to uphold the Constitution and the laws, and protect the rights of the people, have largely become accomplices and subservient to the government – although they were meant to be independent and neutral.

I have already expressed my views about the Indian judiciary in my articles, including here and here.

As regards the Indian police, everyone knows it shamelessly obeys the diktats of its political masters, even if they are in violation of the Constitution and the laws. A former Chief Justice of India described the CBI (Central Bureau of Investigation) as a ‘caged parrot’, and the same epithet can be applied to almost the whole Indian police. If so directed by their political masters, they will fabricate false evidence and levy trumped-up charges against anti government activists, journalists, etc. and turn a blind eye to crimes committed by government supporters.

An Enabling Act is in full force in India, even if covertly so. 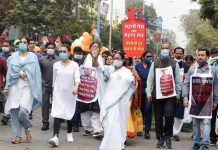 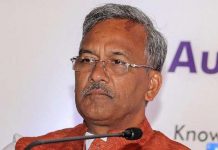 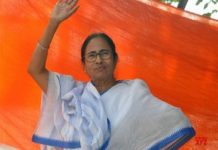 Mamata Banerjee to Contest from Nandigram, Take BJP Head On