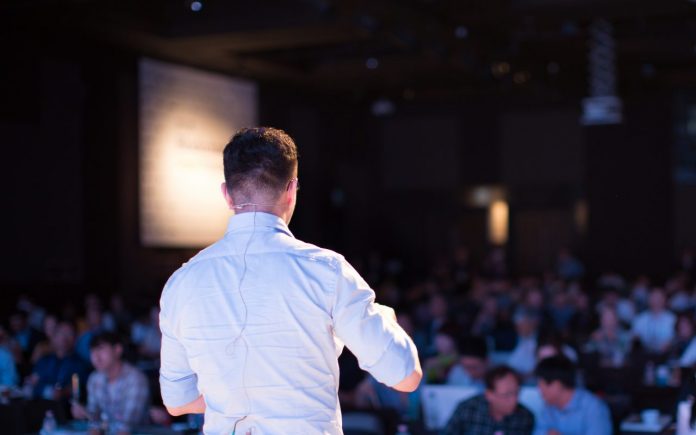 Just over one year ago was Freshers’ Week in my final year at university. It also coincided with the beginning of the Islamic New Year: the month of Muharram. The time of year holds great importance for Muslims, Shi’a and Sunni alike, but there is one anniversary in its first ten days that often causes tension and, in my opinion, unnecessary controversy. That event is the killing of the grandson of the Prophet Muhammad, Hussain at Karbala.

Shi’a Muslims tend not to take part in university Islamic Societies/Muslim Student Associations at university. There are many reasons for this, which I hope to discuss another time, but it suffices to say that my university was something of an exception. With a tiny Muslim community as things were, there was no space for sectarian drama (there was plenty of other drama, don’t worry). So, in that context, in my final year I (one of three and a half Shi’as in the town) became president of a society that was small but still dominated by Sunnis.

Even in the years before I served as President however, I had made it a point to bring attention to certain Shi’a beliefs and practices to overcome misunderstandings and to normalise… well, our existence. In September 2019, as I did the three years before it, I gave a talk on Karbala and Ashura looking at things from a Sunni and Shi’a perspective and doing my best not to be divisive. This happened to be the second day of Freshers’ Week – which was the Day of Ashura – and a dear friend’s mother had been visiting from her home country. A few weeks after that talk, I got a message from her through her daughter.

Alas, I’ve lost the original message (it was on my old phone), but I do have a copy of the reply I sent… because I wrote it on the computer. It was over 1000 words long. Not because the aunty had said anything bad or offensive to me and I wanted a fight (I love her dearly), but because there were some important assumptions in her message that I wanted to address clearly and openly – and, hopefully, politely. I’ve edited the letter to change most names and locations, but it’s more or less the same. Anything in square brackets is clarification, translation, and/or commentary.

Wa’alaikum as-salaam wa rahmatullahi wa barakatuhu wa muwaddatuhu wa ghufranuhu wa muhabbatuhu wa ridaa’ah. [Me being extra and replying to her traditional “may peace be upon you” with extra prayers for her – but probably also with grammatical mistakes]

Thank you very much for your message and I hope this message finds you in the best of health and iman. I apologise for not replying sooner. As I was telling Noor [her daughter, not real name] I’ve just been drowned, among other things, by my degree, societal responsibilities, trying to get my deposit back from my last letting agent [they were demonic] and I completely forgot about your message.

It’s my pleasure to have driven you around [town] and, more importantly, to have finally met you! And it should be me thanking you for your help because we were very short of hands during Freshers’ Week but God provides from where we don’t expect (including India it seems)! JazakAllah khayran [May God reward you] and please take care of yourself.

With regards to the MSA I will of course endeavour to use my role [as president] to create a welcoming community for people of all backgrounds – whether they fast every other day and pray tahajjud [voluntary night prayers] every night, associate themselves solely culturally with Islam or aren’t even Muslim. I want the MSA to be a place for everyone to feel safe and respected. [Let me just be clear, I don’t mean “safe space”, but that’s for another time.]

One of my fears when coming into university in first year as a fresher was sectarianism. I don’t know how familiar you are with the scene on university campuses across the country, or with the situation of Shi’a Muslims in the UK or abroad, but in most universities there are separate Shi’a societies which exist for many reasons – and I’m not saying the individuals who founded those societies are [necessarily] free of blame – but one of the reasons is that Shi’a Muslims are often made to feel unwelcome in Islamic societies/MSAs.

I can tell you about my experiences in school, in a local Central Mosque, or narrate stories from friends both in the UK and the States, but it suffices to know that negative experiences exist and aren’t uncommon. (Although you should know I have also had many positive experiences – it’s not all doom and gloom!)

Fortunately, and by the grace of God, the situation in our university is much more positive. Alhamdulillah. I personally don’t believe there should be separate societies in an ideal world, but I understand why in some situations and contexts they may be needed. I have a friend in Edinburgh who, in his final year at university there, dissolved the Shi’a Muslim society and to this day Shi’as and Sunnis are working side by side on IsocEd’s committee and giving fair representation, for example, in the speakers they invite and the events they hold.

I don’t envision giving a talk on a particular topic or highlighting an alternate point of view will change anyone’s beliefs and that’s not the reason I give these talks or arrange for these events. Last Friday I gave a joint circle on “What is Sufism?” and I was disappointed when half of the six people who turned up were non-Muslim. In my experience, this is a problem in the Muslim community: the problem of not being willing to learn about people who are different to us in some ways but claim to be the same as us in other ways.

And this isn’t just speculation. I was speaking earlier today to a fresher about it and joking to him about why he didn’t come. He told me he didn’t need to come to a talk about Sufism. I asked him, “Do you know what Sufism is?” and he said, “I know enough.” I answered, quite bluntly, “No you don’t.” He smirked and agreed with me before replying, “I knew you would say that.” It was a light-hearted conversation and an exchange made in jest but it does points to the deeper issue I mentioned before: a reluctance to engage.

There are reasons why people may not want to engage, and that’s something we can maybe discuss another time, but as for focusing on common grounds I 100% agree. The informal talk you came to that evening was in some ways improvised and I had to make a lot of sacrifices in choosing what to and what not to talk about in the limited time I had. I’ll be the first, however, to admit its profound shortcomings – one of the things I ended up failing to emphasise on this year was how Imam Hussain (as) is a role model for all Muslims and a personality who should be a point of unity and not one of division. 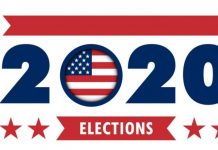 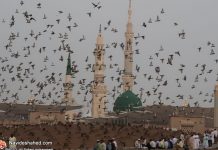 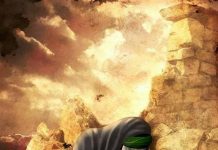