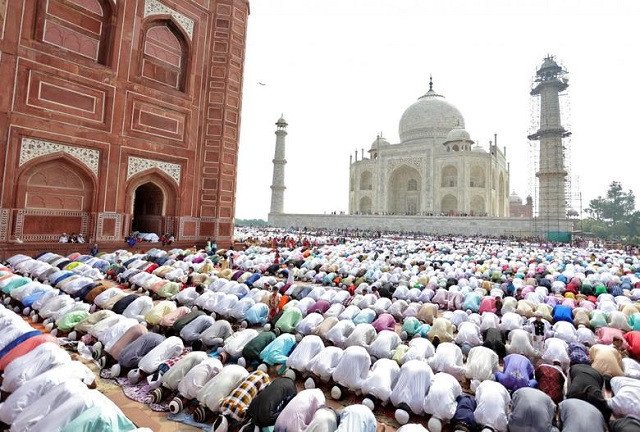 Indian judiciary, with its anti-Muslims verdicts, has become an instrument in the hands of the Narendra Modi government that continues to oppress minorities and deny them justice, observers said on Sunday.

They said that decisions on religious matters have proved that the institution is openly siding with the Hindutva ideology and has failed the Muslim community.

This June, they observed, India’s Supreme Court appeared as the “biggest tormentor of the minorities” after it refused to stop the government from razing houses of Muslims.

The top court said, “We cannot stop demolitions,” in response to a petition by a Muslim group in Uttar Pradesh that had highlighted said that the state was punishing members of the 200-million-strong Muslim minority for participating in protests.

Experts further observed that Muslims in India were not facing such a situation for the first time as the history was replete with incidents of state-sponsored persecution, particularly in Madhya Pradesh, Assam, Delhi and Gujarat.

In another recent judgment to appease the ideology, the country’s top court held, “a mosque was not essential to Muslim mode of worship”.

According to analysts, Indian courts have now become “just another extension of Hindutva” and the ruling on mosques gives credence to demolishing all mosques and mausoleums, particularly about 5,000 mosques built by the Muslim conquerors.

Likewise, in the case of barring Muslim girl students to wear hijab, the high court in Karnataka in March stated that the headscarf was “not essential” to Islam.

In its oppressive decision, the three-judge bench held that allowing Muslim women to wear the Islamic veil in classrooms would hinder their emancipation and go against the constitutional spirit of “positive secularism”.

In instances of setting hardliners free, in 2018, a court overturned the conviction of senior Bharatiya Janata Party (BJP) member Maya Kodnani who was sentenced to 28 years in jail for her part in the murder of 97 people in 2002 in Gujarat. Her co-accused Bau Bajrangi also was given relief in his sentence.

In Hyderabad’s Mecca Masjid Blast case, a special court in 2018 acquitted all accused Including Swami Aseemanand. The incident had resulted in the killing of nine people and left 58 others injured. All the accused belonged to organisations practising Hindutva ideology.

In Samjhauta Express case, a special court in 2019 acquitted all four men involved in bombing the train linking India and Pakistan. In 2007, at least 64 people onboard Samjhauta Express were killed after a Hindu right-wing organisation carried out an improvised explosive device (IED) blast.

For the notorious Hashimpura massacre of 42 Muslims by the Uttar Pradesh police itself, it took over 31 years for the guilty police personnel to be convicted by the Delhi high court in 2018.

The culprits of the massacre of 72 Muslims in Maliyana are yet to be punished 34 years later also — the case has been adjourned 900 times.

In almost every communal riot of the country, whether it was in 1984 or in 2020 in Delhi, police have been found to let the minorities ‘suffer’ at the hands of the majority, or ‘punish’ them by implicating them in false cases.

Muslims in India still feel the pain of illegal demolition of Babri Masjid in 1992, where the Indian Supreme Court after 28 years of the incident, in 2019, held that the site belonged to the birthplace of Lord Ram and awarded the land to a trust for construction of a temple.

Also, it said that fake encounters take place and minorities, particularly Muslims are subjected to ghettoisation and collectively alienated.

While India continues with its policy of persecution through its State institutions, Pakistan, on the other hand, is taking steps for the emancipation of religious minorities.

In an incident where a mob in the Karak town destroyed a Hindu temple, the Supreme Court in 2021 in a landmark decision ordered the rebuilding of the religious site.

The top court ordered that Shri Paramhans Ji Maharaj Samadhi temple be rebuilt by the government and that expenses be charged to a local Muslim leader who was allegedly responsible for the mob violence that led to the damage.

In another act of vandalising a Hindu temple in Rahim Yar Khan this year, an anti-terrorism court in Punjab sentenced 22 people to five years in jail.

Even the head of the state, President Arif Alvi last year took serious notice of the harassment of a Hindu boy in Tharparkar, Sindh.

Under the president’s direction, Sindh police had arrested Abdul Salam Abu Daud, a Muslim, who had forced the boy to chant the slogan of ‘Allah-o-Akbar’.