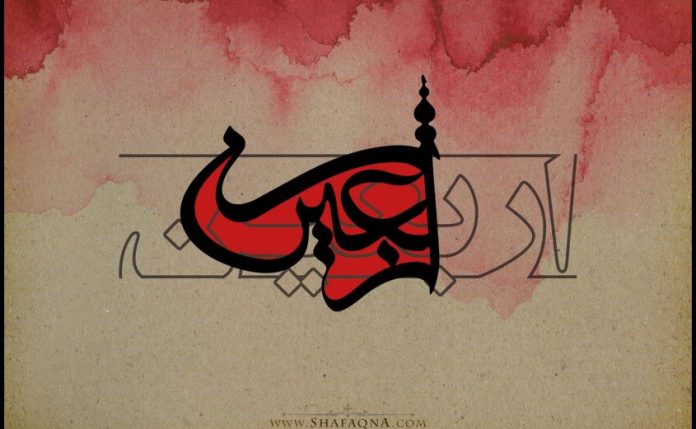 In Islamic history, Arbaeen (20th Safar) marks the 40th day of mourning period following Ashura, the 10th of Muharram when Imam Hussain (A.S) was martyred along with his family members and companions by the army of Yazid in 61 Hijri.

History narrates that the Ahl al-Bayt (A.S) returned to Karbala on the day of Arbaeen and performed the pilgrimage of Imam Hussain (A.S) and the other martyrs. As the Ahl al-Bayt were approaching Karbala, there was already someone at the grave, marking his martyrdom with tears and sorrow. This individual was the famous companion of the Prophet and the first 5 Imams, Jabir ibn Abdullah Ansari.

Despite difficulties like vision, long travel, and dangers from Yazid’s government, Jabir ibn Abdullah Ansari, alongside another great personality from the Tabi‘un, visited the shrine of the Martyr of Karbala [Hussain (A.S)] during Arbaeen.

“I testify that you are the son of the Seal of the Prophets, the son of the Master of the Faithful, the son of the inseparable ally of piety, the descendant of guidance…”
His servant noted to him that he could see a caravan of people in the distance and they were approaching this sacred site. As they approached, they realised that this was none other than the caravan of the present Imam, Imam Zaynul Abideen (A.S), and Bibi Zaynab (S.A).

The historians note that at this point, Jabir and his assistant, Atiyyah, moved out of the way so that the women of the Ahl al-Bayt and the others could show their grief at the sacred grave in privacy. According to some reports the heads of the martyrs were also buried with their bodies at this time.

The importance of Arbaeen is that on this day, by the divine prudence of the Prophet’s household, the memory of the Hussaini uprising became immortal forever and this was founded. If Zaynab Kubra and Imam Sajjad (Peace upon them) had not elucidated the real philosophy of Ashura and the goal of Hussain Ibn Ali and the enemy’s oppression, the event of Ashura wouldn’t have remained gushing, vivid and burning till this day.

Arbaeen turned into the day of remembrance and revival of martyrdom and campaign against oppression. The small group consisted of Imam Hussain’s (A.S) household and some of the Bani Hashem clan symbolized the pledge of allegiance with truth and lofty divine values. But the first person who rushed lovingly toward Imam Hussain’s (A.S) sweet-scented tomb was Jaber ibn Abdullah Ansari.

For centuries the lovers of the Ahl al-Bayt, like Jabir ibn Abdullah Ansari, have come to the holy shrine of Imam Hussain (A.S) in Karbala on the day of Arbaeen. Arbaeen has absorbed the hearts of enthusiasts and lovers to rotate round the tomb of their beloved Hussain.

There is spiritual significance to some numbers and this is seen in the Quran and the traditions such that the number 40 is mentioned in the Quran four times. Performing an act for a continuous period of forty days is also known to help one to not just form a habit, but also to carry on the practice for the rest of his life.

In the book 40 Days to Personal Revolution: A Breakthrough Program to Radically Change Your Body and Awaken the Sacred Within Your Soul, the author Baron Baptiste explains the significance of forty days: “Why forty days?”

Because, the number 40 holds tremendous spiritual significance in the realm of transformation. Jesus wandered in the desert for forty days in order to experience purification and come to a greater understanding of himself and his mission. Moses and his people travelled through the desert for forty years before arriving at their home in the holy land. Noah preserved the sacredness of life by sailing his ark for forty days and forty nights. According to the Kabbalah, the ancient Jewish mystical text, it takes forty days to ingrain any new way of being into our system….”‌

The Ziyarat Arbaeen has been narrated from a companion named Safwan al-Jammaal from Imam Ja’far ibn Muhammad as-Sadiq (Peace be upon him).

Imam Hasan al-Askari (A.S) has actually considered reciting Ziyarat Arbaeen as being one of the clear and apparent signs of a true believer.

‌By performing the Ziyarat of Arbaeen, we pledge that we will continue to follow the path of justice and righteousness and will reject injustice and speak up against the oppressors of the time. 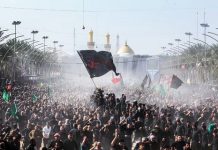 What does Arbaeen teach Muslims? 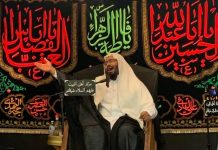 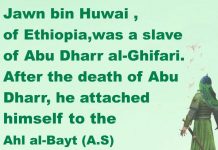