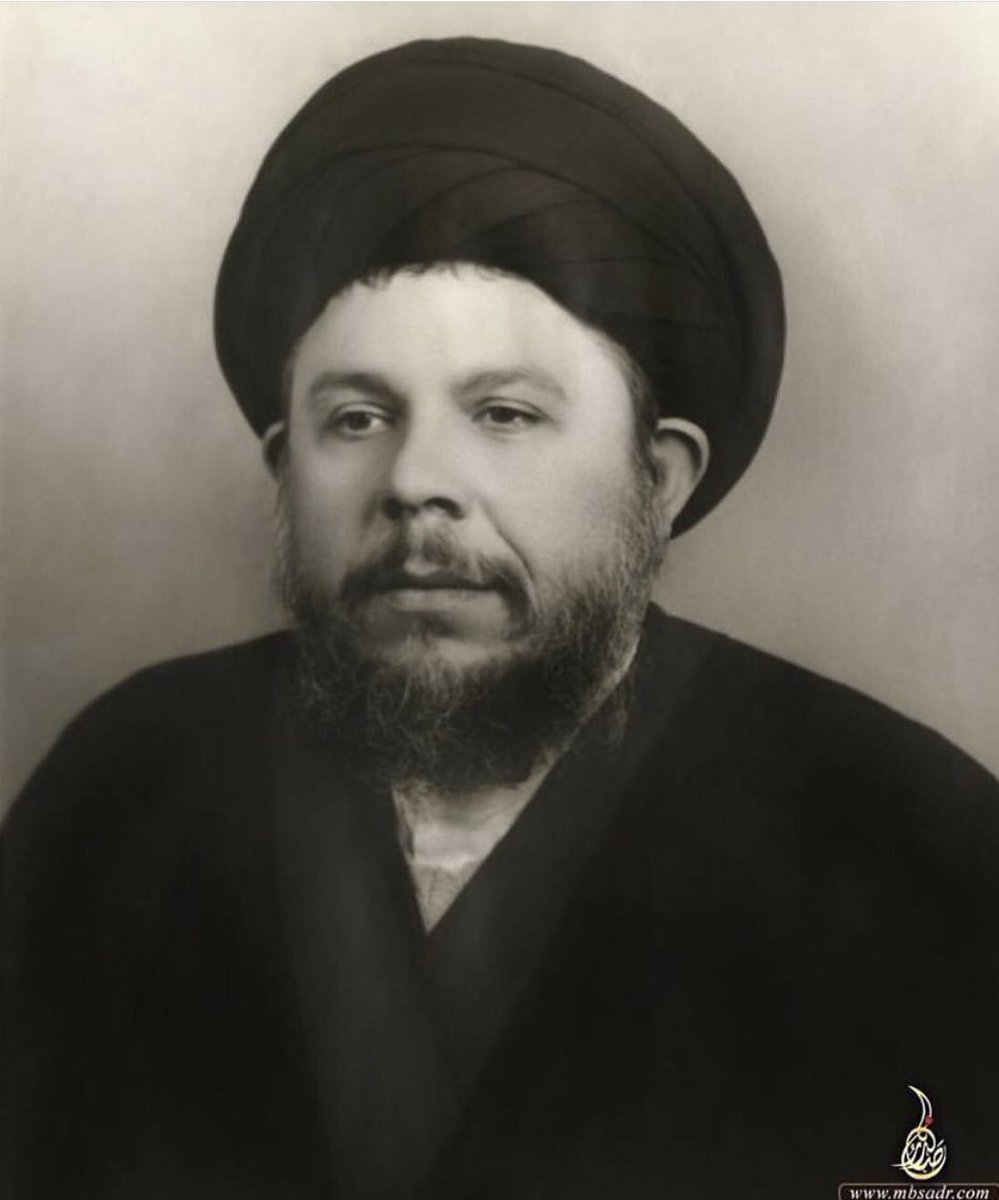 Sayed Al Sadr was born in Kadhimiya, Iraq in 1935. His father Haidar Al Sadr was a prominent mujtahid in Kadhimiya. His grandfather Ismael Al Sadr was at some point the supreme marje’ for the Shi’a in Karbala. Sadr was orphaned early and raised by his brother Sayed Ismael.

Sayed Sadr studied at Sayed Mortadha Al Askari’s private elementary school in Baghdad. According to Askari, Sadr was able to finish the fourth grade in his second year in elementary school, finishing on average two years worth of school work each year.

Sadr studied Kifaya under Taqi Jawahari, who was later imprisoned by Saddam. However, one of the most influential teachers that Sadr had was Sayed M. Rawhani who had agreed to put private lessons for Sadr. Some of Sadr’s biographers fail to mention Rawhani as one of his teachers.

Sadr began teaching the highest levels of hawza himself. However, since Sadr was only in his early 20s his lessons were kept private. According to Sayed Haeri, some students would attend Sadr’s lessons secretly. By his 30s, Sadr’s class would attract Najaf’s brightest students.

Sadr realized that the Usul textbooks in hawza needed to be changed. Their theories were outdated, their expressions were too complex to understand. Within a few months he wrote ‘Duroos fi Ilm Al Usul’, a Usuli textbook consisting of 3 levels: introductory,intermediate,upper level

In Messianic Studies, he wrote an introduction to Sayed Mohammad Sadr’s four volume book on Imam Mahdi and his occupation. In his introduction, he addressed the most difficult misconceptions that face the belief in Al Mahdi.

Sadr also wrote his famous ‘Al Fatawa Al Wadhiya’, which was a fiqhi manual of fatwas written in a way that anyone can read and understand. His followers no longer needed someone to explain his risala for them. The desires laws can be easily found.

We cannot forget his two popular works ‘Our Philosophy’ and ‘Our Economics’. Both works were a refutation to Marxist/Communist thought. Unlike others, Sadr read the translations of all of the latest intellectual works produced in the West.

Sadr was a revolutionary who could not stay silent at the oppression of the Ba’ath regime. He issued several statements condemning the Ba’ath’s unislamic values. After the success of the 1979 Islamic Revolution in Iran, Sadr’s enthusiasm for revolution in Iraq group.

Sadr also read the works of – and was inspired by – Sayed Qutub and Mohammad Qutub of the Islamic Movement in Egypt.

Sadr went to Sour, Lebanon to visit his cousin Sayed Musa Al Sadr. There, he married his cousin, Musa Al Sadr’s sister. Sayed M Baqir and Sayed Musa had much in common: both jurists, scholars, and charismatic leaders. And they both left us too soon!

Sadr was put under severe house arrest. He was also arrested and taken to Baghdad several times. On April 9th, 1980 the world woke up to hear that Sadr and his sister Amina were executed after severe torture. Some accounts say that Saddam himself fired the shots to Sadr’s head.

39 years have passed since Sadr’s martyrdom. Sadr died at the age of 45 according to most accounts. Look at his achievements. Imagine what else he would have achiever if he was allowed to live! His body left us, but his spirit will remain with us forever.

Can Asia and the Pacific get on track...

Today, women have to learn much from Lady...