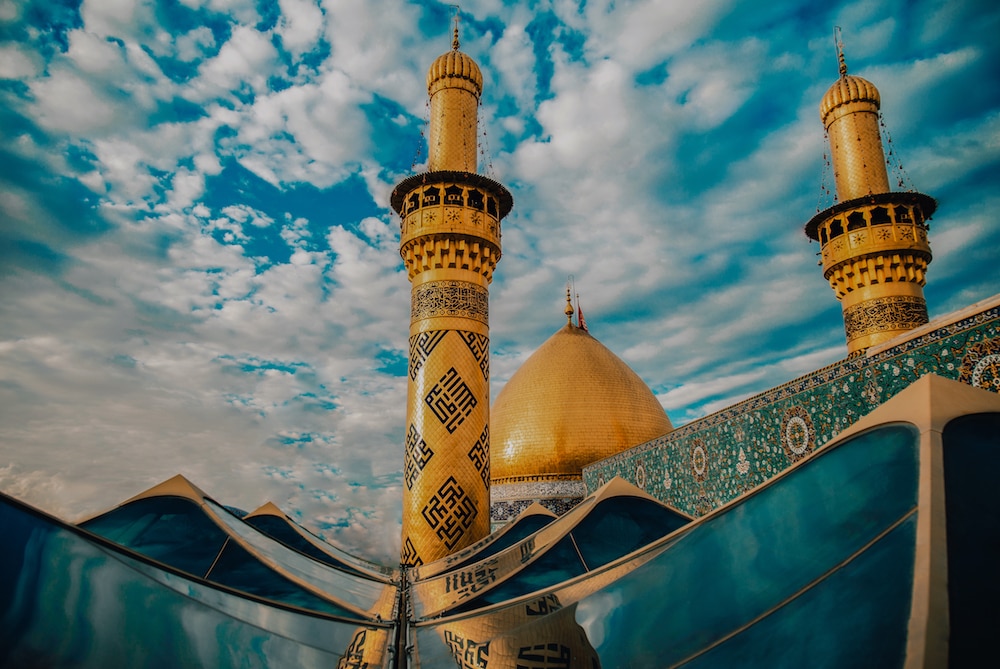 As millions of pilgrims converged upon Karbala, southern Iraq this week to observe ‘Arbaeen’ or ‘Chehlum’ – the 40th day after the massacre of Imam Hussain (a.s.) and his followers more than 1400 years ago, the event carried multiple lessons that have served Muslims worldwide from centuries past to this day. The observance takes place across Pakistan today [Saturday] with gatherings of mourners planned in numerous urban and rural centers.

Together, these events are a powerful reminder of the aftermath of the resistance by Prophet Mohammad’s (pbuh) grandson Imam Hussain (a.s.) who refused to accept allegiance to Yazid ibne Muawiya, the Damascus-based caliph of the time. So powerful was Yazid’s yearning for an overkill to suppress Imam Hussain and his followers that he dispatched anywhere between 30,000 and 70,000 soldiers for an encounter with a handful of opponents no more than 72, according to different historical accounts. And yet, the defiance shown by Imam Hussain (a.s.) and his small group of followers remained unwavering.

But the carnage on that day just did not end the clash between two vastly opposed individuals and their followers, each armed with a radically different view of the world. In brief, the encounter at Karbala far from a military battle was instead a conflict between vastly opposed ideas.

As Mohamed Ali Albodari wrote in ‘Understanding Karbala’ – abridged and adapted from the original work by The Grand Ayatollah Sayyid Muhammad Saeed Al-Hakeem: “He [Imam Hussain] wanted to draw a clear example of a righteous statesman, so that the public can see the villainous and deviant nature of the others by comparison. He aimed to create a clear and unequivocal distinction between the true teachings of the Prophet [pbuh] and the fabrications that had been popularized by the chieftains before and after him. In this he was successful”.

The same division of ideas was successfully put on full display even after the massacre at Karbala. Bibi Zainab (a.s.), the younger sister of Imam Hussain (a.s.) took up the mantle of leadership of the women, children and a sole surviving adult male, Imam Zainul Abideen (a.s.), a son of Imam Hussain who was too frail to go into battle. In brief, she is still remembered as the heroine of that monumental tragedy.

They were all seized after the encounter, their tents were burnt, they were kept in inhuman conditions and forcibly taken first to Kufa and then to Yazid’s court in Damascus. Along the way, many infants and young children fell from their camels and died instantly. To this day, there are no reliable historical accounts of exactly how many of the victims from Karbala began their journey and the numbers who survived.

The prisoners of Karbala along the way were introduced as family members of dissidents who fought the army of Yazid and were killed in battle. Indeed that was a powerful display of disinformation and censorship at its worst in the early days of islam.

And yet, the credit for the powerful remembrance to this day must go to Bibi Zainab (a.s.). Her eloquence, displayed repeatedly during the journey from Karbala onwards has been widely characterized as a shining example of her determination to not only spread the message of her brother Imam Hussain (a.s.) but also to stand up as the de facto leader of the survivors of Karbala. Bibi Zainab has been widely celebrated in poetry and literature across languages as a pivotal figure in the journeys to and from Karbala.

Father Christopher Paul Clohessy, a South African Catholic missionary in his widely acclaimed title; ‘Half of my heart – the Narrative of Zainab, Daughter of Imam Ali (a.s)’ commended Bibi Zainab (a.s.) when he wrote; “In her decisive role as spokesperson for her brother’s cause, she became the first to drive the adversity of Karbala in to perpetuity by moving her brother’s creed and conviction off the battlefield and in to the palaces of Kufa and Damascus, not only completing Imam Hussain’s [a.s.] ‘jihad’ [holy war] but becoming the agent through whom Karbala would become undying”.

Clohessy has gained respect for his research on islam, notably also with a title dedicated to Bibi Fatima (a.s.), the daughter of Prophet Mohammad (pbuh). He provides a vivid account of the central role of Bibi Zainab (a.s.) in the story of Karbala.

To this day, the sermon of Bibi Zainab (a.s.)in Yazid’s court stands out as a unique example of a captive ignoring the very likely risk to their own life and bluntly rebuking their captor in an open court. Clohessy acclaims Bibi Zainab (a.s.) for the long-term impact of her words on her immediate surroundings and well beyond: “Zainab [a.s.] meets the needs of the hour, advancing her brother’s principles and so altering the course of history, assuring devotees that they can face the future with strength, courage and wisdom”.

The all-too-powerful impact of the tragedy of Karbala was witnessed yet again this week as anywhere between 15 million and 25 million pilgrims, according to different accounts, passed through the city. Exactly how such a massive buildup is absorbed in a city with a size that can only take far fewer remains an unresolved mystery.

The final convergence of pilgrims upon Karbala on ‘Arbaeen’ was preceded by many setting out on foot from the holy city of ‘Najaf’, walking a 100 kms distance along a road that becomes increasingly alive around the commemorations of Karbala. There are roadside volunteers who are eager to offer foot massages free of charge while affluent businessmen host well-stocked rest and eating places every half a kilometre. Unlike challenges in daily lives for Iraq’s mainstream population, makeshift medical camps along the route readily serve any pilgrim in need.

The most powerful message that continues to resonate from Karbala to this very day is just one: that truth and righteousness indeed prevail, irrespective of the passage of time.

Arbaeen: A lens into a sacred Journey