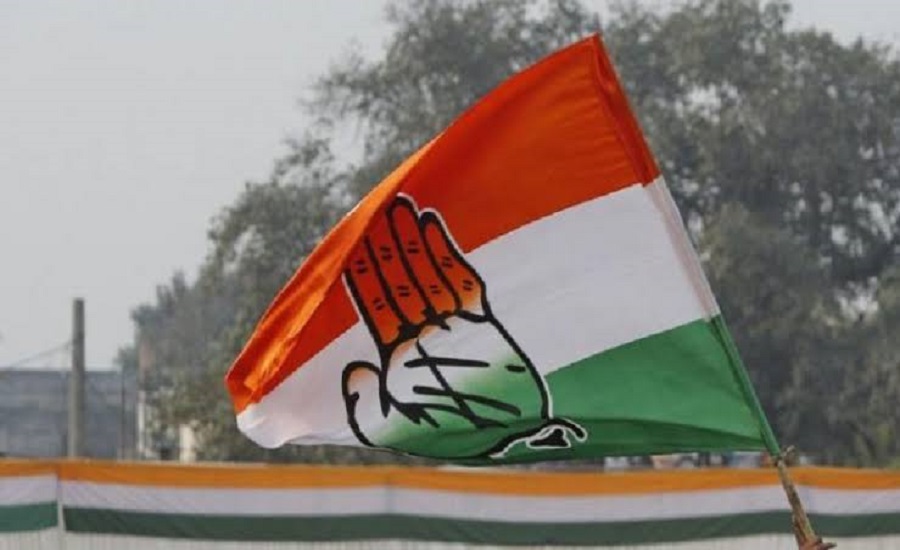 The main opposition party in Bihar, Rashtriya Janata Dal (RJD), believes that the latest actions against the Congress by the Central agencies will benefit the grand old party.

According to the RJD, the BJP, which has given the slogan of “Congress Mukt Bharat” is itself providing space to the Congress for its revival.

RJD vice president Shivanand Tiwari says, “The way government machinery was used to prevent pre-scheduled programmes of the Congress party, such a situation had not emerged in the country post-Independence. The way the police force was deployed at the residence of Sonia Gandhi, the way it behaved with Rahul Gandhi and other Congress leaders, and forcibly prevented them to participate in a protest, it all attributes to murdering the democracy.”

“In democracy, every political party has the right to demonstrate against the government policies,” Tiwari says.

“BJP government is celebrating ‘Azadi Ka Amrit Mahotsav’ and launched ‘Har Ghar Tiranga’ campaign in the country but the same RSS and BJP did not recognise the Tricolour for many years. The national flag was hoisted in RSS headquarters in Nagpur only after 2007. And now, they are pretending to be a patriot,” he adds.

“On January 26, 1930, the Tricolour was hoisted in every house of the country which attributes to the freedom, democracy, equality and brotherhood. Now, the BJP is trying to mow down the democracy in the country,” Tiwari says.

“In a bid to save the democracy, if any government is trying to mow down the protest of opposition parties, it is our duty to object to the act of the government,” the RJD leader asserts, adding that at present, the BJP is “using the Central agencies as a tool to target leaders of every political party in the country”.

Congress party, in a state like Bihar, was losing its ground specially after dismal performance in the 2020 Assembly elections. But now, the same party is getting support from the common people. Moreover, the workers of the grand old party are looking united. The unity was visible in the streets of Patna when the male and female workers were taking on the police personnel during the protest march to the Raj Bhawan.

The protest was headed by Madan Mohan Jha, the state president of Congress party of Bihar.

Jha says, “We were on the way to the Raj Bhawan to submit a memorandum to Governor Phagu Chauhan but the police had stopped our march. There was no section 144 imposed in the areas which were opted by us for the protest march. We have not breached the Covid protocol as well. It is hard to understand why the Patna Police stopped us for the march against inflation.”

“We are not afraid of the BJP or JD(U). Our fight against the Narendra Modi government will continue and we will do protest marches in the future as well,” he adds.

Like Congress, other political parties are getting back to their political strengths thanks to the investigating agencies.

On July 31, Arun Singh, the national general secretary of BJP announced to have an alliance with JD(U) not only till 2025 but also in 2029. However, to this, the JD(U) national president Rajiv Ranjan Singh alias Lalan Singh said that his focus is not on making alliance with the BJP or any other party.

“We are currently focusing on strengthening the organisational structure of the party and then think of alliance with any political party. Alliance with the BJP is a question of the future,” Lalan Singh said.

Political analysts believe that the BJP wants to stay in power in Bihar till the crucial 2024 Lok Sabha election.

The statement of Lalan Singh clearly indicates that his party will not give any chance to the BJP to flourish in Bihar anymore as JD(U) knowing the consequence of contesting elections as an alliance partner with theBJP in the state.

In the 2020 Assembly election, JD(U) think tank suggested that the party has reached third position due to betrayal by the BJP. The JD(U) workers stood with the candidates of the BJP during the election but the BJP workers stepped back at the right time when JD(U) candidates needed them in their Assembly constituencies.

The JD(U) is an alliance partner of the BJP and its policy makers are well aware of the anti-incumbency against BJP. Moreover, there is also a sense that the BJP has a “tendency and track record to weaken its alliance partners. Shiv Sena and Shiromani Akali Dal are the prime examples of it”.

Bihar Chief Minister Nitish Kumar also realised that making an alliance with the BJP “would not be a guarantee of winning the election” in future. In fact, Nitish Kumar, who is considered as “one of the most sharpest leaders” of the country, is just doing the opposite to the policies of BJP.

Since farmers’ agitation in 2021, there is a sense that the farmers of the country are against the Narendra Modi government. Hence, Nitish Kumar is focussing on the farmers and addressing their issues in Bihar. He has passed an order in the cabinet meeting to increase the diesel subsidy by Rs 15 to Rs 75 per litre payable to the farmers for agriculture purposes. This has come as a major relief for the farmers in the state.