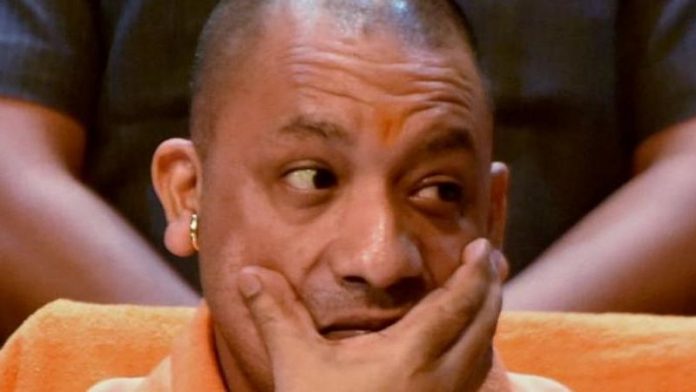 As the Covid cases continue to surge and the clock is also ticking away for the next Assembly elections in Uttar Pradesh, the state’s lawmakers are getting increasingly restive.

Legislators, particularly those belonging to the ruling BJP, are now shedding inhibitions and talking openly about Covid mismanagement in the state.

Law Minister Brijesh Pathak was the first to blow the lid off the state of affairs in the state when he wrote a letter to senior health officials, expressing his anguish on the stressed-out health facilities amid Covid surge.

He also said that he tried desperately to save the life of noted historian and writer Yogesh Praveen but his efforts proved futile.

In his letter to Additional Chief Secretary, Medical Health, Amit Mohan Prasad and Principal Secretary, Medical Education, Alok Kumar, Pathak wrote: “I am shocked to see that private laboratories have been asked to stop Covid testing while government hospitals are giving reports after five to six days.”

In the one-page letter, Pathak, who is MLA from Lucknow, lamented that he had received a frantic call from the residence of Yogesh Praveen, informing him that his condition was critical and needed an ambulance. However, the ambulance did not reach and the historian died.

BJP MP Kaushal Kishore, who recently lost his elder brother to Covid, has written to Chief Minister Yogi Adityanath, demanding action against Balarampur hospital and King George’s Medical University doctors who have been “ignoring” patients. He claimed in his letter that ventilators were not in working condition in these hospitals.

Earlier, the BJP MP had sought deferment of panchayat polls in the larger public interest.

In another instance, BJP MP from Meerut, Rajendra Agarwal has written to Adityanath, complaining about inadequate arrangements, especially a lack of medical oxygen in the city.

Agarwal stated in his letter that both government and private hospitals in Meerut are staring at an acute shortage of medical oxygen.

He said that hospitals are unable to accept patients due to a shortage of oxygen, and demanded that the UP CM provide Meerut with the requisite medical oxygen.

Chairman of the Uttar Pradesh Labour Welfare Council, and state minister Sunil Bharala, on the other hand, had protested about the lack of beds, oxygen, and life-saving drugs in Meerut and asked the Chief Minister to directly intervene on behalf of Covid-19 patients.

BJP MLA from Badaun, Dharmendra Shakya, has also written a letter to the Chief Minister, levelling serious allegations against the Badaun Medical College and seeking a probe into the matter.

The MLA alleged that an extortion racket was being run by the staff of the medical facility and patients were being fleeced.

Another BJP MLA, Dinanath Bhaskar from Bhadohi, has sent a letter to the Chief Minister seeking an inquiry into the circumstances that led to the death of local BJP leader Lal Bahadur Maurya.

The MLA said that Maurya was admitted to the Maharaja Balwant Singh hospital on April 22 after he tested positive for Covid. Maurya was not given the Remdesivir injection and neither was he given a bed in the ICU, despite his deteriorating health.

Bhaskar further said that the doctors were abusive and told the patient to get “Yogi Adityanath to treat you.”

BJP MLC Rajkumar Agarwal, who lost his son, Ashish, to Covid, has also filed a police complaint against a private hospital in Lucknow, alleging that his son was not given proper treatment.

Meanwhile, talking to IANS on condition of anonymity, a BJP legislator from a district adjoining Lucknow, said: “The situation is getting explosive and the problem is that the Chief Minister depends on feedback from his Team 11. I have been seeking an appointment but have not got one yet. More people in my constituency are dying due to lack of treatment than of Covid. Even the death rate among non-Covid patients is escalating because all facilities for them have been shut out. Doctors are now demanding a negative Covid report before even treating fractures.”

“The problem is that we are helpless because the bureaucracy does not listen to us. We have informed our leaders about the situation but no one is doing anything. We have to face public anger and I do not know how this will reflect in the upcoming Assembly elections,” he said.