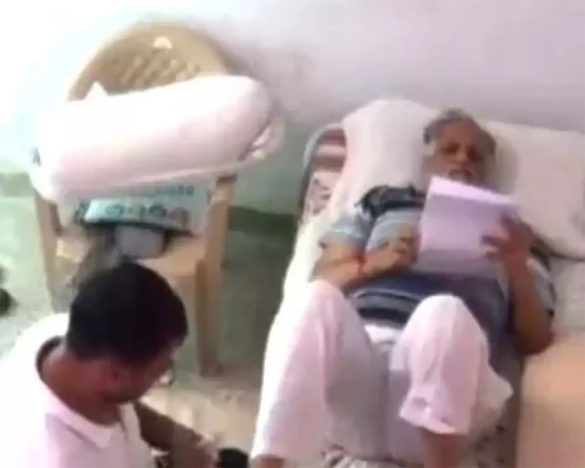 The BJP on Saturday sharpened attack on AAP convener and Delhi Chief Minister Arvind Kejriwal questioning his silence over videos that purportedly showed jailed minister Satyendar Jain getting massage and receiving visitors inside his prison cell.

No immediate reaction from the AAP was available on BJP’s charges.

“Where is Kejriwal hidden now. Jain can be seen enjoying massage and meeting visitors in his cell in total violation of rules and prison laws. This VVIP culture in jail is dangerous for democracy,” Bhatia said in a press conference.

Kejriwal not yet removed Jain from the post of minister in his government despite being behind the bars for over five months, he said.

Jain is currently lodged in Tihar jail in a money laundering case registered by the Enforcement Directorate (ED). The agency earlier this month had informed a court that the minister was getting massage and enjoying other facilities in the jail.

Bhatia alleged that the video showing Jain meeting visitors and having discussions with them in his jail cell indicated that the evidence against him were being tampered with.

Hadith Graph: “The best part of asceticism is to conceal it”