The countdown for the Big Budget Day has begun. The customary ‘halwa ceremony’ is done, which indicates that the time for suggestions or a wish-list is over, and any inputs will have to wait for subsequent budgets.

Every budget is a political economy fight where the bargaining power of different interest groups is on display, as each stakeholder fights for a lion’s share of the pie. The current economic slowdown adds to the uncertainty as to which policies need to be carried out so as to reinvigorate the economy. Once these policies are identified, the next question becomes whether they should be implemented via piece-meal programmes or a big-bang reform.

Notwithstanding the plethora of demands circulating across the spectrum, Budget 2020 should be focused towards reviving the bruised economy with a broader goal of fiscal transparency and veracity.

How to balance the fiscal math?

The biggest task for the finance minister will be in balancing the financial statements amidst the current broad-based pain-points of the economy. For instance, many believe that higher spending would help reinvigorate the economy. However, this would mean revising fiscal consolidation targets for not one (FY’20) but for two consecutive years (FY’20 and FY’21). A spike in this target won’t bring cheers to the bond market but the current scenario makes it inevitable.

Based on certain assumptions made for the different revenue and expenditure components, Table 1 provides a snapshot of the various scenarios of the fiscal deficit target (as a % of GDP) which could be achieved by the government in the Budget.

Given that the tax revenue collections till November 2019 are only 45.5% of the budgeted number for FY’20, the revised tax revenue shortfall could likely be higher at anywhere between Rs 2 lakh crore to Rs 2.5 lakh crore. The lagged revenue collection could further lead to slashing total expenditure. However, the decline in total expenditure will not be as steep, as the government in recent years has been the engine driving economic growth.

Given this, in the worst case, the fiscal deficit will likely be revised higher at 4.1% of GDP as per the FY’20 (RE).

Considering the worst case scenario of a fiscal deficit of 4.1% in FY’20 (BE), assuming nominal GDP of Rs 227 lakh crore (as per the National Infrastructure Pipeline) and likely revenue and expenditure projections, fiscal deficit for FY’21 (BE) (as shown in Table 2) will also have to be budgeted at a higher level.

However, to assuage the markets, the government would try to rein this target at 3.8% and could also provide a fiscal consolidation road-map to move towards the 3% by FY’24. A more realistic picture from the government would be to budget it at and around 4% for both FY’20 and FY’21 and work towards lowering this number subsequent to the economy’s revival. A road-map of lowering this target in the next 2-3 years would alleviate the concerns of the overall market.

The provision of capital expenditure in Budget 2020 will be in the backdrop of the National Infrastructure Pipeline (NIP), which was recently announced by the finance ministry, with spending aggregated at around Rs 102 lakh crore in the next six years (including FY’20) with an intention to spur investment activity in the economy.

Table 3 below shows key-sectoral calculation of the central government’s (CG) share in FY’21 in relation to the current capital expenditure (including off-budget) spending in these sectors as per FY’20 (BE). A lot of heavy lifting of the capital expenditure spending is presently done off the budget and given the provisions as per NIP, this is likely to continue.

Higher capital expenditure on roads, highways, housing and urban affairs will be positive for the economy owing to its backward linkages and multiplier effects.

Source: Budget documents, NIP. * FY21’s share is assumed to be at 20% as per the NIP documents while CG’s share is 39% in total infrastructure spending.

Where do they spend and where can they increase?

Revenue expenditure accounts for almost 90% of the total expenditure but understanding the break-up of this is imperative. On deducting the expenditure on interest, defence, pensions and subsidies, the amount available to spend on the remaining almost 85 heads is only Rs 11.1 lakh crore.

Chart 1 provides the % share of the expenditure on key heads, of which the highest is on transfer to states, agriculture, rural development among others.

Chart 1: Break up of revenue expenditure for other departments (% share).

However, if we assume even a 12% growth pertaining to this spending, the total spending towards these heads will be Rs 12.5 lakh crore in FY21(BE), an additional space of only Rs 1.3 lakh crore. The focus area of this should be on agriculture (which includes PM-Kisan), Rural Development (MGNREGA and PM Gram Sadak), education, health and housing.

In addition to these, higher revenue expenditure on departments like MSMEs and textiles, predominantly in the informal sector, could bolster these sectors which continue to suffer from the lagged effect of demonetisation and GST.

How many tax sops?

The government’s top-line is constrained and can be ascribed to a mix of corporate tax rate cut along with an overall slowdown in consumption. This brings into the fore a contentious issue of the number of tax sops needed to be doled out to drive consumption and whether it should be via the direct or indirect tax channel.

Following the rebate of almost Rs 12,500 available to individuals having taxable income of Rs 5 lakh announced in the previous budget, this can be appended with additional deduction under section 80C (to Rs 2 lakh) and additional standard deduction (to Rs 65,000). On the other hand, the three different surcharge rates on income other than capital gains on income above Rs 1 crore need to be lowered and streamlined to one rate.

The prolonged slowdown requires a mix of monetary, fiscal and structural reforms for higher growth. Following a sustained monetary stimulus, future action from the MPC (monetary policy committee) looks capped. Few structural reforms have been announced while others are in the pipeline, but will only push growth gradually. A number of sector-specific measures were announced in the last 6 months. So, all hopes are pinned on the Finance Minister and her proposals to kick-start the revival process.

However, there likely won’t be too many big-bang reforms. What we need is an ‘economy-friendly budget’, with higher spending to drive rural consumption and construction activities, leading to a fiscal deficit target as close as 4%. This, coupled with limited tax sops for middle and upper class, would be the right and realistic prescription to help reverse the current economic deceleration. 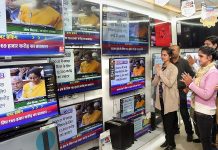 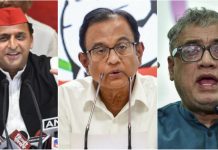 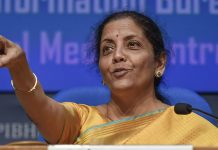