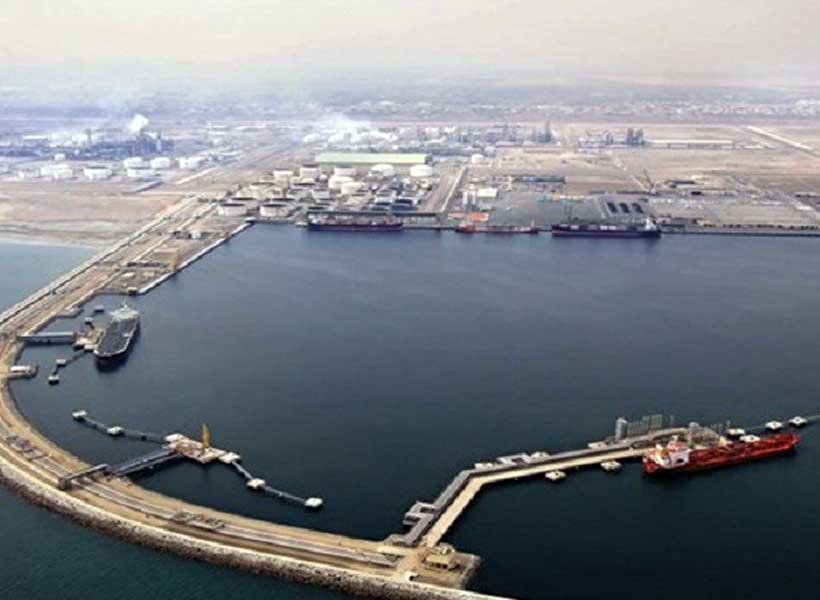 Chabahar – The Ace Up Tehran’s sleeve

A convergence of interests (read: opposition to the U.S.) is bringing Iran, China and Russia closer together than ever. As their relations with the West deteriorate, Russia and China are seeking to rewire global power flows in ways that will work to their advantage. Iran’s integration into the China–Russia Eurasian architecture is as complicated as it is consequential for economic and security relations across Eurasia. As Beijing and Moscow seek to advance their respective strategic objectives while cooperating within the Shanghai Cooperation Organization framework, Iran’s integration carries the potential to shift the strategic balance between the two.

Iran has for long struggled, both economically and geopolitically, due to persistent sanctions imposed upon it, and the hostile attitude it has faced from the U.S. and other Western countries. However, a silver lining has recently arrived in the form of the commencement of operations at the Chabahar Port. Located in south-eastern Iran at the mouth of the Gulf of Oman, the Port is blessed with an ideal strategic location connecting the Indian subcontinent with both Afghanistan as well as Central Asian countries such as Kyrgyzstan and Uzbekistan.

The Chabahar Port offers significant reductions in both cost and shipping times for goods and cargo for trade between India and Afghanistan, as well as for trade between the Indian subcontinent and Central Asia. Likewise, the International North – South Trading Corridor (INSTC) offers a much quicker multi-modal transportation route for trade with Europe. The INSTC contributes to Moscow’s strategic imperative to preserve its influence over the South Caucasus and Caspian Sea basin. The increase in trading speed for consignments between Europe and India could be between 50 and 100% as compared to the traditional route along the Suez Canal.

Thus, the development of the Chabahar Port has allowed Iran a lifeline to emerge as a hub of regional trade through promoting these maritime trading operations. Iran’s strategic position at the heart of Eurasia’s southern rim also makes it the geographic pivot in China’s Belt and Road Initiative (BRI). Iran’s ability to project power through Afghanistan had been held in check by the presence of U.S. forces in the country, but the U.S. withdrawal and the accompanying power vacuum left Iran with new ways to exert leverage, both diplomatically and through proxy militant groups, from Afghanistan into Central Asia.

With the hesitancy of Central Asian states like Kazakhstan to support Russian efforts in Ukraine, Moscow’s role in the region is much more in doubt. Iran has wasted no time in attempting to build consensus around longer-term commitments to the Chabahar Port as a primary trading hub. At a recent India-Central Asia summit, all the countries involved agreed on the need for strengthening both economic and diplomatic ties. Iran and India have committed to providing Central Asian countries a stake in the Chabahar Port, setting aside dedicated areas for their trading operations. Simultaneously, an agreement was reached to simplify customs processes and rules to ensure more efficient and unhindered movement of goods. Kyrgyz officials have stated that transit duration for goods between Kyrgyzstan and India could be reduced from its current duration of 30 to 45 days to just two weeks if the Chabahar Port is used. These imminent changes bode very well for Iran as the establishment of newer trading routes, with Chabahar as the dominant hub will bring both prosperity as well as diplomatic leverage for Iran over Central Asia.

The emergence of Chabahar is significant, primarily because it unlocks trading routes that were previously unviable. A large part of this earlier blockage has been on account of Pakistan’s chronic attempts to damage India by blocking its trade routes through Afghanistan. This has historically provided Pakistan with nuisance value vis-à-vis Afghanistan and was aimed at boosting Pakistan’s own trade with its northern neighbor, as well as granting immense diplomatic leverage to Islamabad over Kabul. This blockage, however, has offered Iran an opportunity to establish itself as a regional hub for trade by offering Afghanistan a solution to the Pakistani obstruction, which was choking off its trade routes and crippling the development of its nascent economy. The U.S. withdrawal and the accompanying power vacuum left Iran with new ways to exert leverage, both diplomatically and through proxy militant groups, from Afghanistan into Central Asia.

The Chababhar Port now exists in contradistinction to Pakistan’s Gwadar Port, which Pakistan hoped would emerge as a regional powerhouse. Geographically, though the Gwadar Port is viable, its location in an inhospitable region has proved a problem. Even more centrally, Pakistan made the error of alienating its own local population in Balochistan by excluding the people from the benefits of Gwadar’s development. As a consequence of these unforced errors, the Gwadar Port rests on weak foundations both financially, in the form of unserviceable Chinese debt and operational issues, as well as functionally in terms of difficulty handling insurgency.

This sequence of events has benefited Iran, as it has acquired some measure of regional dominance and leverage vis-à-vis Pakistan and Afghanistan. Pakistan’s obstructionist approach to trade in the region has left it isolated in both the diplomatic and geographic senses, and with Chabahar offering Afghanistan an alternative route, much of Pakistan’s own trade with Afghanistan and hopes for its Gwadar Port have been dealt severe blows. At a time when Tehran has largely been globally isolated and has battled against persistent sanctions, the Chabahar Port has allowed it a golden opportunity to position itself as a hub for regional trade and has gained it a measure of ascendancy in relation to its neighboring Central Asian countries, as well as with reference to Pakistan and Afghanistan. These developments may herald an era of improved competitiveness and economic viability for Iran’s economy and regional heft.

Fate of Pakistani medical graduates working in US hangs in balance