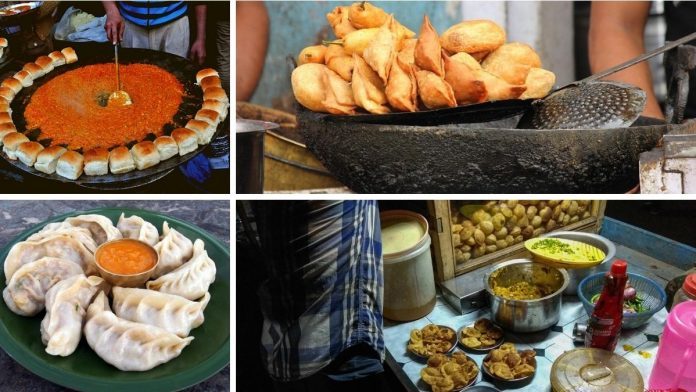 Indian street food isn’t dead — cholera didn’t kill it, neither will corona. But it got pretty close. Ever since the coronavirus-induced lockdown, most Indians have craved two things: a carefree ‘normal’ life and some chaat. But chaat, which comes from the word ‘chaatna’ — licking — is the one thing you shouldn’t be doing outdoors when a virus is looking for its next host.

Will the pandemic drive the carts of street food out of our lives? For a while, yes. But not in the long term. And the driving out has more to do with the Covid-hit economy and poorly planned lockdown than safety concerns. Issues of safety and hygiene can be fixed, if customers are willing to pay for it.

If you, like me, have been trying to make pav bhaji, chole bhature, pani puri, samosa, chaat, and/or vada at home — you will know that they don’t quite taste like the real stuff. You can take the food out of the street, but you can’t add that special touch (pun intended for cleanliness freaks) back in.

Even though you have been looking up pani puri recipes — Google reportedly registered a 107 per cent rise in ‘pani puri recipe’ searches since lockdown — be honest, it’s nothing like the real experience of eating phuchka with a leaky leaf or foil plate on the streets and the spice-level you didn’t bargain for.

So, for now, as India slowly unlocks and tries to figure this new world out, street food and us are going to be in a long-distance relationship. We miss each other, and there’s no way we can meet. But this isn’t over yet.

There are about 30 lakh street food vendors in India. And most of our beloved food sellers on the streets are migrant workers from far-flung villages and towns. So, when the lockdown was announced, most couldn’t afford to keep living in the city and pay rent with no customers eating their wares. And so they went (or walked) back home.

But Indians in love with their street food weren’t going to give up so easily.

The National Association of Street Vendors of India (NASVI) has been Zoom-training some vendors on hygiene measures and how to attend to customers while keeping social distancing in mind. As a result, a lot of vendors are back on the street, armed with sanitisers and DIY packs for their customers. Many even display their Covid-trained certificates on their carts. There could soon be more sellers joining them as the Union Ministry of Housing and Urban Affairs has announced a scheme to loan street vendors Rs 10,000 so that they can get back on their feet again.

This month, in an effort to help the chefs on the street, the South Asian Association for Gastronomy (SAAG) started a campaign called #SaveStreetFood in India, Sri Lanka, Nepal and Bangladesh.

But life isn’t rosy. Business isn’t picking up. It’s one thing for your local vendor to be trained in Covid-safety measures, but a whole other thing to trust the great outdoors again. But hey, if we can order in and go out to malls again, why not this? Maybe street food takeaway will become the ‘new normal’. NASVI is already thinking of hooking up app-based food delivery companies such as Swiggy and Zomato with street food sellers. This could be a way to incorporate them slowly into the formal economy.

So, what led to our love for street food? Every country in South Asia boasts of an unbelievably rich street food heritage. It’s cheap, quick, accessible and tasty. It doesn’t get better than that.

But street food doesn’t just function as easy means to fill our empty stomachs — it does the dual job of entertaining us and creating a healthy public space.

Street food is just as much about the theatrics (the fizz of a well-poured soda for a shikanji or the mixing of lassi), smell (walking past a line of gol gappa sellers, with the aroma of pudina or imli wafting through), sound (the clanging of a steel masher to the tawa of a pav bhaji maker) and the buzz (standing in a line loyally for your favourite bhel puri seller or chicken kathi roll joint). The mere thought of a dish tingles your taste buds — a hot vada with chutney makes you salivate. The idea of hot roasted peanuts makes you ‘snacky’. Street food, then, is not just about food — it’s about the experience.

Street side joints — unofficial, casual, no strings attached — also act as a place for public mingling. It’s where you have conversations that are so much better than your water-cooler ones in office or the ones on back benches in college. Take, for instance, the chai joint behind your office — in that adda, it’s just as easy to do a SWOT analysis of your colleagues as it is to take a break from the Excel sheets. Or the ‘Maggi point’ near your college where instant noodles function as breakfast, lunch, dinner and even the excuse for a romantic interlude.

Street food stalls are a bustling public space — open to all. You may not know the person dipping into their ‘combo’ thali next to you or reading a newspaper for hours, you may not know the office goer hurriedly finishing their chicken rice, but it’s just as easy to strike up a conversation with them.

Word on the street

What do we do now?

India can’t afford to let go of its street food tradition. For instance, Victoria Vada outside Vardhaan Market in Kolkata. The little stall has two pictures of Britain’s former Prime Minister David Cameron framed and hanged — testament to the time he came and ate the dal vadas. It’s called Victoria Vada because Rajesh Prasad Chauhan, the owner who migrated from Uttar Pradesh, would sell his famous dish outside the Victoria Memorial once. It is nuggets of history like these that cannot simply vanish due to the coronavirus.

There’s the option of doing what Singapore did in the 1960s — move all food vendors off the streets into numerous hawker centres. The government created shared seating areas — like a food court — and implemented strict sanitation measures. These Singapore hawker centres have featured in movies, documentaries and even have Michelin-star chefs selling in them. That’s the respect and dignity we need to accord to our street chefs as well. In India, Telangana is thinking of similar ‘clean food hubs’.

Another option is to make laws and enforcement agencies more friendly to street food sellers. Chandigarh has amended its laws to let street vendors retain their specific ‘spots’ even during the pandemic. If every state offers a package or a fund for vendors to kickstart their businesses again — after months of loss— then it could help revive the stalled local economy. Street commerce has been shown to help marginalised groups and reduce poverty. It is in times like these that informal economies can register faster progress than the formalised one.

We don’t need to give up street food, we need to rethink it. And India, for one, isn’t a country that’s going to give up licking its fingers, or chai, chaat and chowmein.