Even as the powers that be are busy sticking the ‘urban Naxal’ label on all kinds of people, be it students or protesting farmers, the real Naxals keep striking deep in the forest at regular intervals. Twenty-two security personnel were killed and 31 others injured in a Maoist ambush in Chhattisgarh’s Bastar region on Saturday. Bastar has been the epicentre of major Maoist attacks in recent decades, including the deadliest one that claimed the lives of 76 CRPF men in April 2010. Several other states are also grappling with the menace. In May 2019, insurgents had triggered an improvised explosive device in Maharashtra’s Gadchiroli district, killing 15 members of a police quick response team.

According to reports, an unverified intel input lured the security forces into the Maoists’ lethal trap. This grave lapse needs to be probed thoroughly so that responsibility can be fixed and another disaster avoided. The Chhattisgarh incident has elicited the usual platitudes from the state and Central governments about giving a ‘befitting response’ and ‘never forgetting the sacrifices of the martyrs’. Undoubtedly, the killings have belied the tall claim that Maoist insurgency is on its last legs.

Naxal/Maoist violence has claimed more than 12,000 lives in the country, including those of around 2,700 security personnel, in two decades. There is no denying that a lot has to be done to break the back of the terrorists, right from snapping their supply of money, arms and ammunition and ensuring development in the infested areas to giving a cutting edge to the security forces in terms of intel, training and equipment. It’s also imperative to weaken local support for the insurgents by providing adequate education and job opportunities to residents. The blame game between the state and the Centre is uncalled for. Both have to work in close coordination to root out insurgency. At the same time, the noxious practice of raising the bogey of Naxalism to vilify protesters has proven to be counter-productive while targeting real culprits.

April is all set to be a challenging month for the people and government alike with Covid-19 restrictions getting expanded and lockdown measures reintroduced in some states. A sudden surge in coronavirus cases, the steepest since September 16 last year, with the country recording over one lakh cases on Monday, has meant that a return to normalcy is going to take a while longer, ironically when the trajectory was expected to head south aided by vaccine optimism. But with only 10 states accounting for a majority of the cases, the government has preferred instead a national campaign beginning today to ensure community participation, Covid-appropriate behaviour, personal hygiene and sanitation to check the spike even as some countries like France and Bangladesh have seen a weeklong lockdown being implemented. The rise in infections itself has been attributed to a severe decline in Covid protocol, pandemic fatigue and lack of effective containment measures. The impact on employment in business and industry will also unfold gradually, with restrictions impacting the workforce and output. Railway stations in states like Maharashtra have witnessed a rush of migrant workers bound for their home states.

The government, unwilling to fritter away the gains of managing the pandemic, has deputed health teams to visit the states witnessing a surge, with directives to curb the mortality rate and ramp up healthcare infrastructure. Faced with the task of rejuvenating the economy, emphasis is being laid on testing, tracing, treatment and vaccination to prevent the situation from getting out of hand that makes the task of protecting the economically vulnerable groups even more onerous.

The health authorities should get down to micro-managing the vaccination, zeroing in on regions witnessing the spike and taking steps that are required to avoid disruption to life. While the Centre has delegated to the states the discretion to take decisions based on local conditions in this case, frequent resort to restrictive measures will call for scrutiny. A fair bit of responsibility will also lie with the people by ensuring that they abide by the desired norms. 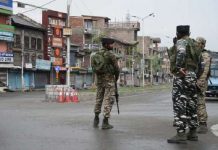 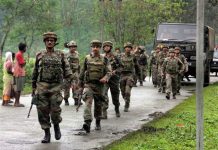 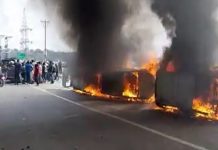