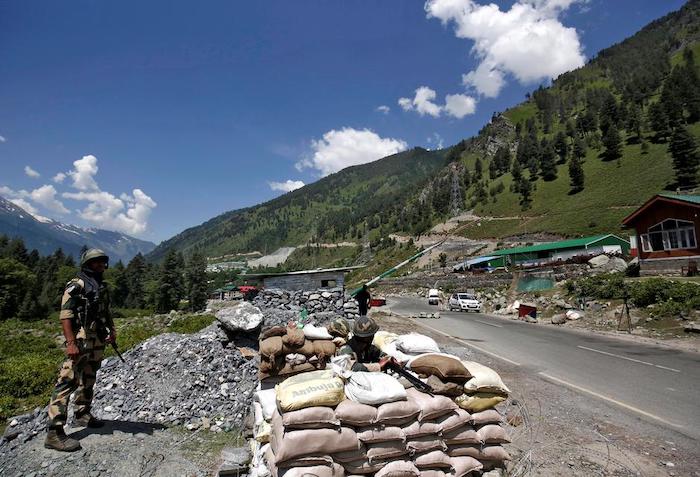 Chinese troops have captured additional territory in Fingers 2 and 3 of the north bank of Pangong Tso lake in the Ladakh region of Indian Occupied Jammu and Kashmir, a former BJP parliamentarian has told Indian publication The Hindu.

Thupstan Chhewang, who has represented Ladakh in the past, said the situation at the border was ‘critical’, with Chinese troops capturing prominent positions.

“Even Hot Springs area they have not fully vacated… this is what we have come to know from locals,” he was quoted as saying.

Chhewang said he also received information from locals living along the Line of Actual Control (LAC) that Indian soldiers were living in “inadequate tents in sub-zero conditions”.

The trouble began early in April when New Delhi says Chinese troops intruded deep into what it claimed was ‘India’s side’ of the LAC in the Ladakh sector, which adjoins the Tibetan plateau.

Beijing claimed the area to be its territory and blamed Indian road construction activity in the area for ‘destabilising the situation’.

So far, there has been no sign of a troop pullback even though winter is approaching, and the area is considered uninhabitable.

In October, Indian and Chinese military commanders said they held “positive, constructive” discussions on disengaging troops locked in a months-long standoff at their disputed Himalayan border.

“Both sides agreed to maintain dialogue and communication through military and diplomatic channels, and arrive at a mutually acceptable solution for disengagement as early as possible,” the two sides said in a joint statement.

However, the on-ground situation seems to be different.

Read more: India, China blame each other for aerial firing amid border tensions

Following the Narendra Modi-government’s move to allow foreigners to purchase land in Indian-occupied Jammu and Kashmir (IOJ&K), Chhewang led a delegation to Delhi demanding that Ladakh be included in the Sixth Schedule of the Indian Constitution.

He said the BJP government had assured that any changes to land laws concerning Ladakh would be held in consultation with the local leaders.

“The gazette notification with regard to land in [occupied] Jammu and Kashmir has created lot of confusion here in Ladakh,” he told The Hindu. “But we hope that the Home Ministry will not issue such a notification for Ladakh, as Amit Shah has categorically given an assurance to the Ladakh delegation headed by veteran leaders to provide all necessary constitutional safeguard during the course of our discussion in Delhi.”

“We are confident that the Home Ministry will accept our demand for including Ladakh under the Sixth Schedule.”

If this assurance to Ladakh materialises, it will give further weight to Kashmiri and Pakistani concerns that India is deliberately trying to change the demographics of Muslim-majority areas in Indian-occupied Jammu and Kashmir to engineer political change.

US is wrong to think India will contain China: PM Imran Khan