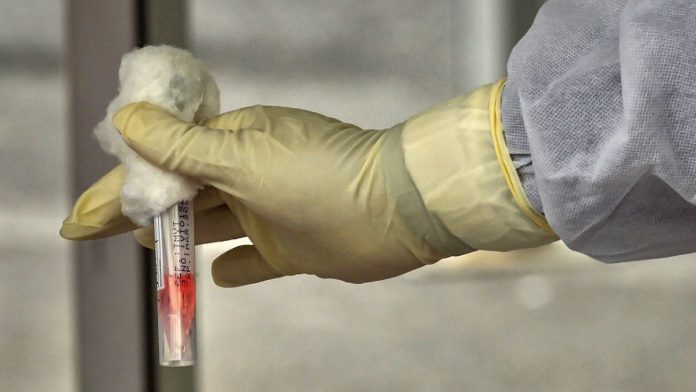 Published in the journal Immunity, the study is based on the examination of 14 patients. Researchers found wide-ranging immune responses, such as antibodies being maintained for at least two weeks in six patients’ bodies.

It is not clear from the study why immune responses vary widely across patients, but the research does indicate which parts of the virus are most effective at triggering these immune responses, and should therefore be targeted by potential vaccines.

“These findings suggest both B and T-cells participate in immune-mediated protection against the viral infection,” Prof. Chen Dong of Tsinghua University in Beijing, China, said in a statement.

What are B-cells and T-cells?

Innate immunity is shaped by the genes inherited from one’s parents, and expressed by the body’s T-cells.

Acquired immunity, on the other hand, is shaped by the environment where one lives or grows up in the first 20 years of one’s life. This kind of immunity depends on the types of bacteria or viruses one gets exposed to. This immune response is mainly driven by B-cells, which produces different antibodies that target pathogens.

T-cell response comes into play immediately when the body is exposed to an infection. This response kicks up the ‘cytokine storm’, a rampage of proteins seen in coronavirus patients when the immune system goes into overdrive. But B-cell-driven antibody generation takes time.

How the study was conducted

For the study, the researchers compared the immune responses of 14 Covid patients who had recovered to those of six healthy volunteers.

Eight of the patients were newly discharged, while six were followed up two weeks after being discharged from hospitals.

The team found that these antibodies bind to the proteins in the fatty envelope of the coronavirus, as well as the spike proteins, which allows the virus to latch on to host cells.

The researchers also took blood serum samples from six patients and introduced a ‘pseudovirus’ with a spike protein that mimics the SARS-CoV-2.

These five patients also had higher concentrations of T-cells that secrete interferon gamma (IFNγ) — a molecule that plays a critical role in immunity — in response to the SARS-CoV-2 nucleocapsid protein, which envelops the RNA of the virus.

Of these, three patients showed detectable levels of IFNγ-secreting T-cells specific to the SARS-CoV-2 main protease — a protein that helps the virus multiply.

Meanwhile, seven patients had detectable levels of IFNγ-secreting T-cells specific to the spike protein of SARS-CoV-2.

Only one patient had a high concentration of IFNγ-secreting T-cells that bind to all three proteins — the nucleocapsid protein, the main protease, and spike protein.

The researchers also found that patients had higher levels of IgG antibodies against the spike protein, but not with those that bind to the nucleocapsid protein. The spike protein induced both antibody and T-cell responses.

“Our results suggest that spike protein is a promising target for SARS-CoV-2 vaccines,” said Tsinghua University’s Fang Chen, one of the authors of the study.

The authors, however, cautioned that the study needs to be conducted on more patients.

Commenting on the study, Ram Vishwakarma, director of the Council of Scientific & Industrial Research’s Indian Institute of Integrative Medicine, Jammu, told ThePrint that study brings “good news” — that a large number of patients are developing robust antibody-based immunity as well as T-cell immunity.

The study also indicates that the immune response is not dependent on the age of the person.

Vishwakarma, however, added that the study may have some implications for plasma therapy — a treatment that involves transfusing blood from recovered patients to those who still have the infection.

“Since response in different individuals is different, it may become difficult to figure out whose plasma to take for the treatment,” Vishwakarma said.

“If we take plasma from recovered patients after a week, it may not have enough neutralising antibodies,” he said.