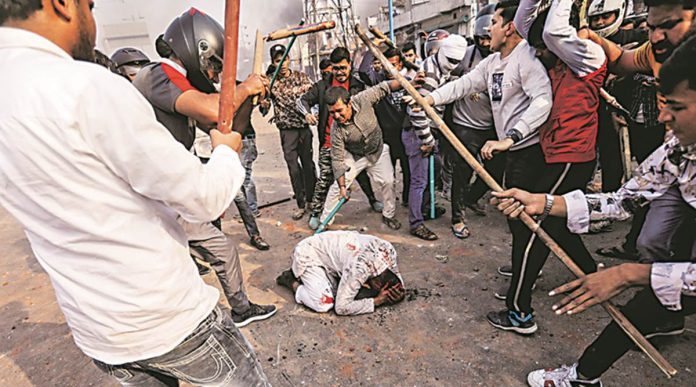 New Delhi: The Indian American Muslim Council (IAMC), an advocacy group dedicated to safeguarding India’s pluralist and tolerant ethos, co-sponsored a virtual Congressional briefing yesterday,  “USCIRF Recommendations on India – The Next Steps.” With “Hindus for Human Rights (HfHR),” and “International Christian Concern (ICC),” as the other co-sponsors, the briefing was organized with the intent to analyze the recommendations made by the US Commission on International Religious Freedom (USCIRF). USCIRF is an independent, bipartisan U.S. federal government commission that reviews religious freedom violations and makes policy recommendations to the US President, the Secretary of State, and Congress.

The briefing came on the heels of the USCIRF’s momentous decision to list India as a “Country of Particular Concern (CPC)” under the International Religious Freedom Act in its 2020 Annual Report. The briefing was chaired by IAMC and included several USCIRF Commissioners as the main speakers along with representatives from Amnesty International, IAMC, HfHR, and ICC. Besides representatives of prominent human rights organizations, the attendees included activists, representatives from congressional offices, and people from all walks of life that are concerned about the rapidly escalating violence against religious minorities in India. The erosion of religious freedom is apparent in the abrogation of Article 370 and the horrific violations of human rights in Kashmir, a brutal clampdown on peaceful civil dissent against the Citizenship Amendment Act (CAA) and the National Register of Citizens (NRC) and the recent Delhi pogrom, among several other egregious instances of religious persecution.

Ms. Nadine Maenza, Vice-Chair of USCIRF, delivered the keynote address, with an incisive assessment of the existential crisis facing India’s democratic polity. Ms. Maenza specifically bemoaned the “#CoronaJihad” social media campaign intended to scapegoat Muslims as responsible for the Covid-19 pandemic. She noted with alarm, the social and economic boycott of Muslims in some parts of the country as well as discrimination against Muslims in the context of medical treatment during the global pandemic.

Dr. Harrison Akins, South Asia policy analyst with USCIRF, while recognizing India as an ally of the United States, noted that “members of the ruling BJP have used the symbols of Hinduism and policies aimed at their protection as weapons against minority communities in their quest to further marginalize religious minorities and shape a Hindu nation.” Mr. Akins further noted, “combined with the BJP’s inflammatory rhetoric, these coordinated actions strengthen the perception that minorities, especially Muslims and Christians, are outsiders with no legitimate place in Indian history or society and, by their mere presence, a potential threat from within to the project of making India a Hindu nation.”

Mr. Francisco Bencosme, Asia Pacific Advocacy Manager of Amnesty International USA, shared concerns expressed by other panelists and highlighted the issue of activists imprisoned for peaceful dissent. He made a special note of Ms. Safoora Zargar, a pregnant student jailed for speaking up against the draconian citizenship law recently enacted in India, and only recently released on bail. Mr. Bencosme remarked that “while the world faces a global pandemic, India has decided that now is the time to attack religious freedom.”

Referring to the sinister design of the CAA-NRC-NPR, Mr. Aman Wadud, an attorney at the Gauhati High court in India, emphasized that the “right to a nationality is a basic human right which is fundamental to all accompanying political and civil rights. Denying individuals of fundamental recognition not only deprives them of their rights but also denies them the ability to participate in the political process and legalizes systematic discrimination and persecution.” He elaborated on the rampant misuse of a draconian anti-terror law, the Unlawful Activities Prevention Act (UAPA), under which the Indian government could designate any individual as a “terrorist” on mere suspicion. That the law was being used against students and journalists speaks volumes about the administration’s overt alignment with fascism.

“Persecution, vigilantism, Hindutva and Hindu radicalism and the oppression of Christians is what characterizes India now,” stated Mr. Jeff King, President of International Christian Concern (ICC). Mr. Raju Rajgopal, co-founder of Hindus For Human Rights, urged everyone to distinguish between Hinduism and Hindutva. The true concept of “Hindu Rashtra,” as Mr. Rajgopal expounded, is actually one of inclusiveness and tolerance, while the “Hindutva Rashtra” that the RSS and its affiliates are clearly striving for, is violent, authoritarian and intolerant.

Mr. Sean Nelson, Legal Counsel for Global Religious Freedom with ADF International, spoke about anti-religious conversion laws in India which prohibit conversions of Indian Hindus to Christianity or Islam. He was dismayed and concerned about the violence faced by converts who also face 3 to 7 years of imprisonment for their voluntary religious conversion.

The briefing lasted for about 90 minutes and the panelists also took questions from the audience. IAMC, along with the other co-sponsors commended USCIRF for their crucial and important work in defending religious freedom around the world. They reiterated their commitment to petition the US government and lawmakers to foreground human rights, civil liberties, and religious freedom in US-India bilateral relations and dialogue. They also urged their grassroots organizers to reach out to their elected representatives to urge the US government to accept and implement the policy recommendations of USCIRF to categorize India as a “Country of Particular Concern” (CPC) and to impose sanctions against Indian officials for “engaging in and tolerating systematic, ongoing and egregious religious freedom violations.”

IAMC is committed to the idea of an inclusive India and believes India’s continued existence as a secular, democratic polity is essential for peace and stability in South Asia, and thus an imperative for US strategic interests in the region.