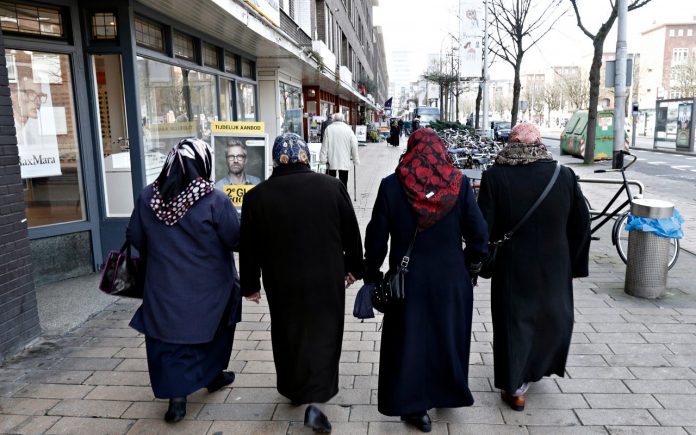 Europe is now the epicentre of the coronavirus pandemic. But despite the tragedy and ongoing struggle, Muslims are continuing to help people affected by the virus after drastic measures were introduced, including social distancing and entire communities in lockdown. Here are a few examples of Muslim countries and individuals helping during this unprecedented crisis.

Green Lane Masjid and Community Centre in Birmingham, UK is involved in a project with 350 volunteers who have been making PPE (Personal protective equipment) for those on the frontlines. The mosque is also being used as a cold storage facility for bodies waiting to be buried as hospitals and morgues struggle to deal with the high amount of deaths caused by COVID-19.

In Scotland, Muslim husband and wife Jawad and Asiyah Javed who are the owners of a convenience store called Day Today Express made free care packages for the elderly which consisted of essential items such as hand wash, hand sanitizer, and face masks at the beginning of the crisis. They have spent £5000 of their own savings. After going viral on social media they are now making care packages for key frontline workers and NHS staff. In the past month, the duo have donated 3,000 masks and 1,000 food parcels to vulnerable people.

This Muslim couple, owners of a corner shop in Scotland, assembled Corona Virus relief packages for the elderly and those in need so and delivered them around their village for FREE

The Moroccan Ambassador to Italy, Youssef Bella, announced on April 17th the creation of 16 new cemeteries for Muslims who have died from COVID-19 in Italy. Italy currently has 48 burial sites and Italian Muslims are struggling to find spaces to bury their loved ones. The new cemeteries are located in the regions of Emilia-Romagna, Marche, Lombardy, Campania, Sicily, Abruzzo, Sardinia, Piedmont, Veneto, and Alto-Adige.

There are two million Muslims living in Italy with half a million individuals from the Moroccan community. Before the coronavirus outbreak, many of the bodies were being repatriated to Morocco but now the authorities have blocked this from happening as borders closed.

Muslim businessmen such as the French-Syrian Mohamed Izzet Khettab, have donated millions of euros. The Syrie Pour Tous Foundation, chaired by Khettab has also brought Muslims, Jews and Christians together in Paris, Brussels and Damascus by distributing care packages to vulnerable people.

Turkish President Recep Tayyip Erdogan has donated medical supplies to Britain, Italy, and Spain. 250,000 items of PPE were delivered to Britain, including 50,000 N-95 face masks, 100,000 surgical masks, and 100,000 protective suits. The UK government has also announced that 400,000 more surgical gowns are expected to arrive from Turkey.

The Muslim World League has donated US$300,000 to the Croatian government and donated additional money to the Muslim community in Zagreb to help repair of the damage caused by a 5.3-magnitude earthquake on March 22nd 2020, which happened in the midst of the COVID-19 pandemic.

Islamophobic attacks were recorded every other day in 2019 across Germany but that hasn’t stopped Muslims in Germany reaching out to non-Muslims.

Turkish Associations in Germany and young Muslims in the city of Wiesbaden have launched a campaign called “Help Your Neighbour” to provide aid to the elderly. One of the volunteers, Osman Bilgili, told Yeni Şafak Daily that an elderly German woman started crying when she saw them at the door. “Are you really coming from the mosque?” the woman said, adding that she’d had a wrong perception of the Muslims and Turks for decades.