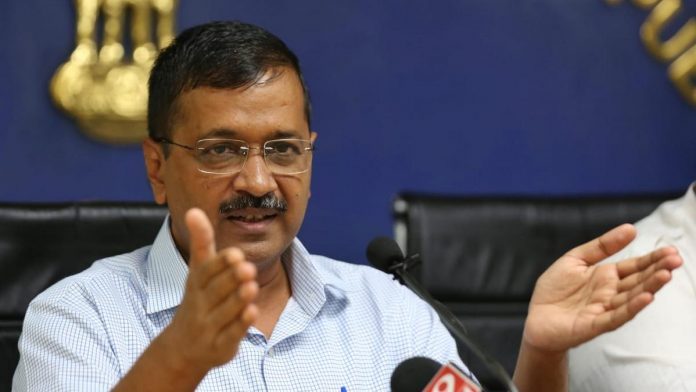 The exploding Covid situation in Delhi has exposed everything that is wrong with Chief Minister Arvind Kejriwal and brought out his worst side — parochial, hypocritical, anda fumbling administrator who makes magnified claims.

It would not be an exaggeration to say that Delhi is a complete mess and with his handling of the coronavirus pandemic, Kejriwal has lost immense political capital, ensuring that a multitude of questions are raised over his governance abilities.

From fudging data related to coronavirus to trying to keepDelhi’s hospitals only for city residents, to wasting the lockdown period by not expanding the health infrastructure— Arvind Kejriwal has been doing everything that should not be done during a pandemic.

The Delhi CM’s handling of the current crisis has disproveda lot of what he claimed to stand for, and as a wise colleague remarked, has taken the mask off him. Kejriwal has shown he is not the transparent, open and able administrator that he has projected himself as.

What the pandemic has exposed

Riding on an anti-corruption mood, Arvind

Kejriwal was catapulted into the national political arena, after he captured people’s imagination by championing the cause of transparency. In fact, he was among the activists at the forefront of thecampaign for the Right to Information (RTI) Act, and in 2006, even won the Ramon Magsaysay Award for his contribution to the movement.

Fourteen years after he was awarded for his public service, Kejriwal no longer seems to be the champion for people’s right to know. The activist-politician has received much flak for his government’s ‘attempt to hide’ the real Covid data. A huge mismatch was found betweenthe number of Covid deaths reported bythe Delhi government and those by the civic authorities and Covid-designated crematoriums. Last week, the Bharatiya Janata Party (BJP)-ledMunicipal Corporation of Delhi said that 2,098 people had died of Covid-19 in the national capital between March and 10 June, while the Aam Aadmi Party (AAP) government’s health bulletin claimed the figure was 984.

The attempt to fudge data to underplay the fatality figures exposes how the‘torchbearer of transparency’ has lost his way. If anything, Kejriwal has revealed himself to be a hypocritical opportunist.

At the same time, by ordering Delhi hospitals not to cater to any ‘outsider’, Kejriwal revealed he is anything but the progressive politician that Delhi’s ‘liberals’ have loved. He may have shown a rare mature side later by agreeing to go with LG Anil Baijal’s order overturning his decision, but not before exposing how insular he is, even in the middle of a pandemic when being humane is most important for a leader.

The Kejriwal government has similarly messed up on arguably the most crucial aspect in handling this pandemic — testing. It was only after Sunday’s meeting with Home Minister Amit Shah that the Delhi government decided to ramp up testing. That’s not all. The Delhi government, in an order on 2 June, had ruled out testing asymptomatic people.

The various gaps in governance that have become visible during this crisis point towards an unsure, ill-equipped and inexperienced government. Uddhav Thackeray in Maharashtra has displayed a similar record. But there’s one big difference — Uddhav hadn’t spent much time as chief minister when the crisis hit the state, but Kejriwal has been at the helm for long, and therefore had enough time to gain the experience required to strengthen the capabilities of the state.

The pandemic has also exposed Kejriwal’s hollow claims of having developed a robust health infrastructure. The two pillars of the AAP’s governance have been education and health, with the latter now in complete shambles.

Patients in critical condition are complaining of not getting beds in hospitals. And even though the government claims everything to be in order, the Mohalla Clinics — the pride of this government — are struggling with shortage of masks, delayed salaries and crumbling infrastructure.

Was the AAP government exaggerating about having created solid healthcare infrastructure? Or has the scale of the pandemic brought out the administrative inexperience of Kejriwal’s team? Either way, it’s a huge setback for a chief minister, who fought and won his last election, riding on his governance model.

The picture does not look pretty for ArvindKejriwal. It is a grim reminder of how optics, beautifully garnished claims and bluster can all come crashing down when a calamity strikes. Kejriwal had anyway left the aggressive, questioning street-fighter in him behind after party’s disastrous performance in the 2019 Lok Sabha election, but now, he also seems to have lost his governance crown, and to a virus at that.