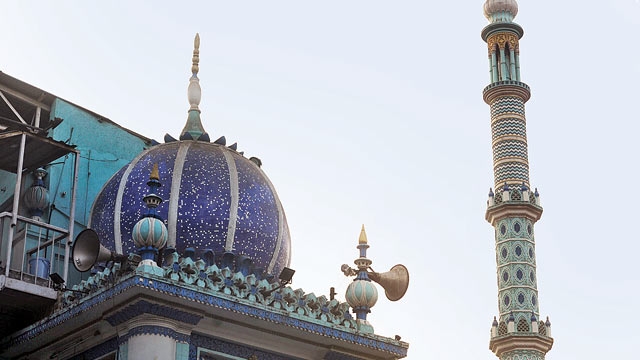 In unseemly controversy has been breaking out every now and then for the last few years regarding azaan. Recently, the vice-chancellor of Allahabad University, Sangita Srivastava, complained to the district magistrate that the early morning azaan disturbed her sleep, which affected her productivity at work. Earlier, in 2017, singer Sonu Nigam was in the eye of a storm for tweeting, “I am not a Muslim and I have to be woken up by the Azaan in the morning. When will this forced religiousness end in India.

Raj Thackeray, leader of a regional Hindu party, demanded in April that mosques and other places of worship be kept within allowed noise limits. If they did not, he said his followers would chant Hindu prayers outside mosques in protest. Thackeray, whose party has just one seat in the state’s 288-member assembly, said he was merely insisting that court rulings on noise levels be enforced.

Leaders of India’s 200 million Muslims see the move, which coincided with the holy festival of Eid, as another attempt by hardline Hindus to undermine their rights to free worship and religious expression, with the tacit agreement of the ruling Hindu nationalist Bharatiya Janata Party (BJP). In recent weeks, a senior BJP leader began pushing for swapping marriage and inheritance laws based on religion with a uniform civil code, taking aim at rules that allow Muslim men, for example, to have four wives.

Last year, the government in the state of Haryana issued orders restricting namaz in public places, apparently acting after pressure was applied by extremist Hindu groups. While the law of the land needs to be respected, something sinister is afoot in India: Indian Muslims are being marginalised and excluded from the public sphere through state-sanctioned discrimination. Meanwhile, the administration looks the other way when Hindu zealots enforce their own anti-Muslim codes and practices.

On one end of the spectrum, there have been numerous calls for the economic boycott of Muslims by extremist Hindu outfits. On the other end, state functionaries themselves have been involved in spewing anti-Muslim venom, or doing little to punish the perpetrators of anti-Muslim violence. Suffice it to say, the developments of the past few years — particularly under Narendra Modi’s watch — have made a mockery of Indian secularism, with the shock troops of the Sangh Parivar remaking India in their own saffron image.

Those political forces within India that still believe in a multicultural, multifaith polity, as well as civil society, will need to raise a voice against these prejudiced moves. It is very easy to use religious and ethnic rhetoric and the ‘othering’ of minorities to capture a few votes. But the long-term effects of these misguided policies will be disastrous for communal harmony. Indian Muslims should not be made to continuously prove their patriotism and forcibly choose between their religion and their country, while moves to restrict Islamic cultural practices need to be resisted.