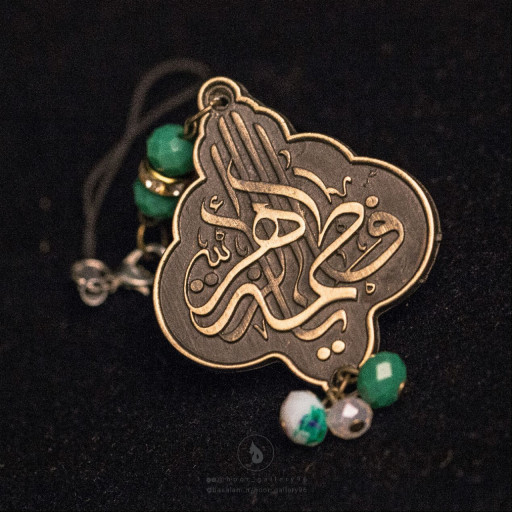 SHAFAQNA-The prophet of Islam had only one daughter, Fatima. She was born at Mecca on Friday 20th jamadiul akhar, about 8 years before hijrah, and martyred in Medina in 11th hijri. Her mother Hazrat Khadija (SA) died when she was a child and the prophet himself brought her up. She was married to Imam Ali (AS) in Medina in 2nd hijri. Her titles are Zahra, Siddiqa, Tahira, Kubra, Razia, Marzia, Batool and Mohaddisa.

Prophet (SAW) said once â€œFatima is a part of meâ€, meaning that in the worldly life and the spiritual life, she must be respected the same way as the prophet himself. He respected her so much that whenever she came to him he stood up to show respect to her and also signifying that women in Islam were in no way inferior to men.

Whenever he went to see her in her home, he asked her permission to enter the house. She was such a pious lady, indeed a shining light for all women, that when her father gave her a maid to help her household chores, Hazrat Fatima (SA) only allowed her to work one day and rest the other day while she herself worked in the house. The example of equality was shown by the family of prophet (SAW) throughout their lives.

Her patience and perseverance was so great that she never complained to her husband about anything, even when the family starved. Hazrat Fatima (SA) set this example for all women of the world for generations to come, that men and women, though equal in status, have their own separate tasks and duties to perform in marital life. They have their obligations set out by the Quran, and if they stay within these boundaries, they lead best lives in this world and the hereafter.

The term equality is greatly misunderstood by the modern youth as they regard this as a symbol of womenâ€™s sufferings. They should try to learn lessons from the life of Hazrat Fatima (SA) that the prophet (SAW) stood up to respect her, he respected her as daughter of the prophet, as a woman, pious, God fearing and dignified in all her bearings. She was a symbol of womanhood in Islam. As her son Imam Hussein (AS) once said: â€œI often witnessed my mother absorbed in prayers from dusk to dawn.â€

Her generosity and compassion for the poor was such that no destitute or beggar ever returned from her door empty. She was martyred within three months of the departure of her father the prophet (SAW) and was buried in the cemetery of Baqii, called â€˜Jannatul Baqiiâ€™ in Medina.