The party, led by Prime Minister Narendra Modi, once again played the Hindu nationalist card, hoping to gain electoral dividends by raising issues that appeal to militant Hindu sentiments rather than the matters of local governance.

Led by India’s Prime Minister Narendra Modi, the BJP turned the campaign for the Delhi polls into a direct clash between Modi and the AAP leader and incumbent Chief Minister Arvind Kejriwal.

The AAP managed to almost repeat its stupendous 2015 performance when it had bagged 67 of the total 70 seats in the state assembly. It is now set to retain around 63 of those seats, as the results still pour in.

More significantly, the incumbent party is returning home victorious after handing out a crushing defeat to the BJP’s anti-Muslim and anti-secularism discourse built on the foundation of an amended citizenship law that offers citizenship to persecuted non-Muslim refugees from the neighbouring countries.

The Citizenship Amendment Act was enacted by the BJP and its allies using their brute majority in the Lower House of Parliament on December 12. The BJP had hoped to use the resistance and protests against the law to its favour by polarising the voters along the Muslim/non-Muslim axis. With the AAP bagging over 53 percent of the total votes against the BJP’s nearly 40 percent, the verdict is in for the AAP’s campaign of development and pro-people governance vis-à-vis the BJP’s divisive campaign.

The BJP had ploughed nearly 270 of its Parliamentarians and a battery of central ministers led by Modi and his man Friday, Home Minister Amit Shah, into the campaign that turned particularly vitriolic, branding anti-CAA protests ‘anti-national’. The AAP on the other hand continued to keep the campaign focused on showcasing the achievements of the state government in the areas of public health and education, which are sectors largely neglected by governments.

The party ran a parallel personality-centric campaign propelling Kejriwal into the centre stage and pitching him as the leader of the common man. With the economy struggling with a massive slowdown, unemployment mounting, protests against the CAA and a series of defeats in state elections for the BJP taking some sheen off Modi, Kejriwal and his party have been able to present the Delhi model of development as the best alternative for the state.

In 2014, when Modi, as Gujarat chief minister, had made a bid for the top job he had pitched the governance model in his state as a viable alternative for the floundering Manmohan Singh-led government at the Centre. In the coming days, the AAP is expected to work on amplifying the message from the Delhi election to states beyond. Established less than a decade ago, the party is firmly ensconced in Delhi, and is already the principal opposition party in the north-western state of Punjab. While party leaders are wary of declaring national ambitions at this stage, the party cadre is charged after managing to defeat the BJP’s well-oiled election machinery. The party leadership will use this opportunity to expand the organisation beyond its current political footprint.

On the other hand, the biggest loser in the election is not the BJP but the country’s oldest party – the Indian National Congress. Apart from the loss of face for Modi and Shah, the BJP has actually managed to gain around six per cent additional votes from last time.

In 2015, it had won just three seats and garnered over 32 percent of the votes polled and the Congress had won no seats but polled nearly 10 percent of the votes cast. That number for the BJP has now risen to over 38 percent at the cost of the Congress, which has dropped to below five percent in terms of vote share. The decline of the Congress is not all bad news for the BJP. Its campaign ensured that the triangular contest in Delhi was reduced to a bipolar one with the top two parties garnering over 90 per cent of the votes between them. The Congress’s increasing irrelevance as an election fighting force is a symptom of the leadership crisis within the party. It will have a lot to brood about looking at the election results in Delhi – a state that it had ruled for 15 consecutive years until recently, but that was before the Aam Aadmi Party was born. 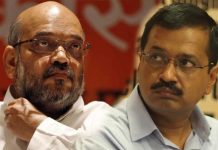 Delhi polls: What a loss would mean for Kejriwal or Shah 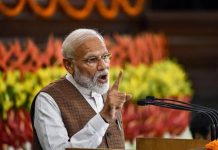 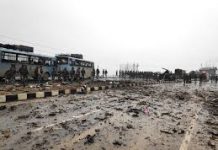