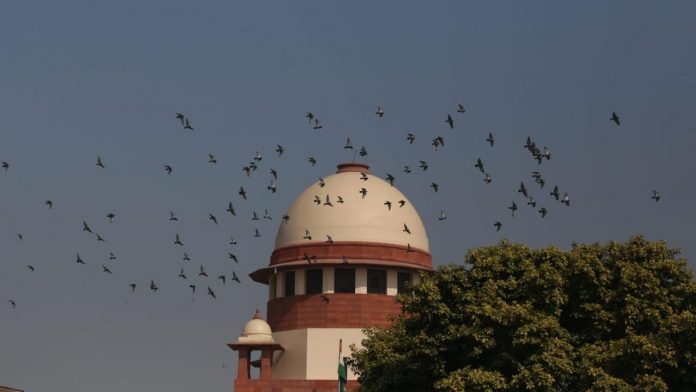 New Delhi: The Narendra Modi government told the Supreme Court Friday that five states — Delhi, Maharashtra, Punjab, Tripura and Karnataka — have not complied with the top court’s order to pay salaries to doctors and healthcare workers who are on the frontlines of the battle against the novel coronavirus.

A bench led by Justice Ashok Bhushan, which was hearing a doctor’s petition on difficulties faced by healthcare workers during the pandemic, however, told the government that it was not “helpless” in ensuring that states follow the order.

The top court later ordered the states to release salaries to its healthcare workers within a week and fixed 10 August to hear the matter.

In a separate application by United Residents and Doctors’ Association, the court was also informed that management of some hospitals and institutes are treating mandatory quarantine of doctors as period of leave.

Moved through advocate Mohit Paul, the application states that healthcare workers are being forced to apply for casual leave for the days they go into quarantine. Since casual leaves are limited in number, doctors are made to take “unpaid” leaves, it claims. As a result, they continue to work and endanger both their and the lives of other doctors, the association stated.

Solicitor General Tushar Mehta shared the association’s concern over non-payment of salaries and said the central government too had sent reminders to the five states but has failed to receive any response.

He acknowledged that hospitals cannot be allowed to deduct salaries of doctors for their period in quarantine and assured to get back with instructions on this.

‘Government is not helpless’

The Supreme Court had on 17 June ordered states to pay salaries to all healthcare workers and said non-compliance will be treated as a criminal offence under the Disaster Management (DM) Act. The directions also included a mandatory one-week quarantine for doctors working in Covid-19 wards.

A day later, the Ministry of Health and Family Welfare also issued an order to all states, quoting the apex court’s directions on salary reimbursement. The order further stated that any violation will be treated as an offence under the DM Act and Indian Penal Code, 1860.

According to the central government’s affidavit, filed Thursday, the five non-compliant states were issued three reminders on the top court’s order.

Mehta too submitted in the court Friday that these states have failed to comply with its orders on timely payment of salaries.

However, the court reminded the solicitor that the central government was not powerless in such a situation.

“You are not helpless. You have to see that the order is followed. You have the power under the DM Act,” the bench told Mehta.

On deduction of salaries, the court noted, “How can their salaries be cut for going on compulsory quarantine after the duty?”

Mehta accepted this point, said it needed no further argument and promised to look into it. “We will see to it that it (quarantine period) is included as part of duty.”

‘Two categories of workers for quarantine period is arbitrary’

The application by United Residents and Doctors’ Association had also pointed out a revised advisory issued by the health ministry that divides similarly-placed doctors into two categories – high and low risk.

A high-risk healthcare worker is defined as the one who faced “high-risk exposure to an infected person or there was a breach of PPE”. Someone who is not directly in contact with a Covid-19 patient but works in the ward is treated as a low-risk worker.

Describing this distinction as arbitrary, the application states that this has dispensed with the obligation of hospitals and state governments to provide for quarantine facilities to healthcare workers. According to the policy, it said, only high-risk healthcare workers need to stay in quarantine for a week.

“It is submitted that the revised advisory has also failed and neglected to completely eliminate the arbitrary discrimination between high-risk exposure and low-risk exposure healthcare worker,” stated the application. 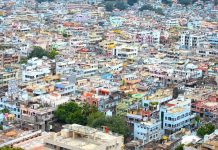 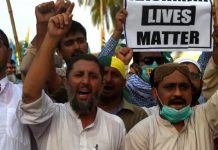 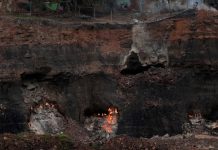