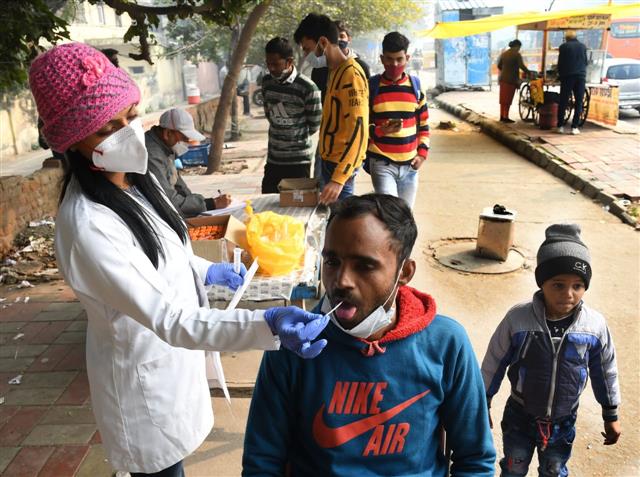 The number of fresh Covid cases has shot up to almost twice the number of recoveries during the last 24 hours, government data released on Thursday morning showed.

Thursday morning’s data showed the number of fresh infections at 13,154 against 7,486 recovering during the last 24 hours. Recovery figure also registered a drop from 98.4 per cent recorded on Wednesday to 98.38 per cent.

The highly contagious omicron variant cases rose to 961 with Delhi leading the chart (263) followed by Maharasthra (252). Among northern states, Haryana recorded 12 cases (two recovered or migrated) and Punjab and Himachal Pradesh one each (both cases falling in the recovered or migrated category).

Omicron cases across the country were 781 on Wednesday and 653 on Tuesday.

Kerala with 21,145 cases showed maximum active Covid cases among states. This was followed by Maharashtra with 17,573 active cases. What is, however, alarming about Maharashtra is that it added 2,394 fresh cases to its tally during the past 24 hours, much more than Delhi’s 549 cases which is next in terms of having fresh cases.

More than 149.7 crore vaccine doses have been provided to states/UTs so far through the Centre (free of cost channel) and through direct state procurement category.

While the daily positivity rate is still less than 2 per cent, it has gone up to 1.1 per cent from 0.79 recorded on Wednesday and 0.61 per cent the day before.

Treating the accused as convicted criminals is a...

Muslim Personal Law Board calls for boycott of...