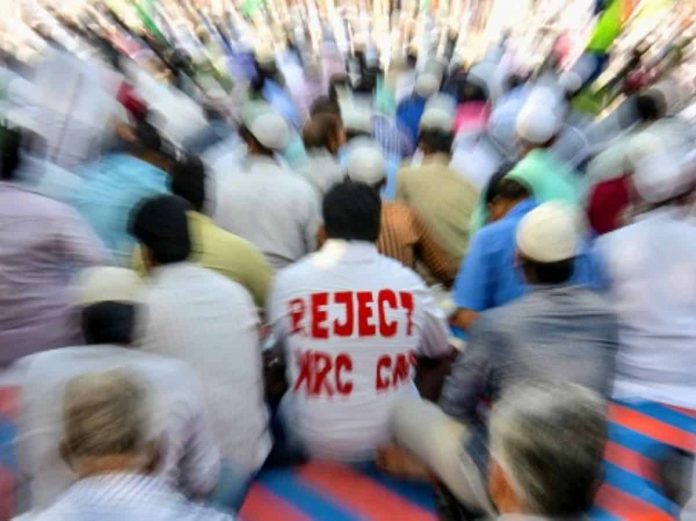 They also demanded to initiate an impartial inquiry into the police atrocities and exemplary action against officers who violated the law. While they welcomed any impartial investigations about any untoward incident that took place during the protests, they appealed to the people of the country to be vigilant and to voice against the denial of our constitutional right to freedom of expression.

Meanwhile, the statement said: “Since the passage of Citizenship Amendment Bill by both houses of the Parliament massive agitations and rallies have been happening in almost all cities and villages of the country. This was very spontaneous outburst of popular anger against the legislation that goes against the values the country has been built upon”.

The protests witnessed active participation of people drawn from all sections of Indian society. Students, political parties, human rights activists and groups and community organizations took part in the peaceful and democratic expression of dissent. Even the programmes attended by tens of thousands happened simultaneously across the country and did not pose any law and order challenges. In most of the states the law enforcement authorities have been largely cooperative, the statement stated.
However, the statement pointed out, in BJP ruled states police unleashed brutal violence upon the people including women, children and elderly people. Even on those who were not part of any protests were beaten up. Uttar Pradesh has been witnessing unprecedented police brutalities against mostly the Muslim community. The police officers were seen, without any regard for the law, barging into homes, destroying properties, beating up the residents, even women and children, abusing them, and telling them to leave the town. They were chasing protesters, beating them up and opened fire at them. Out of 21 people dead in the state amid the protests, 18 died of bullet injuries. Many prominent activists and organization leaders are still in prison along with thousands of innocent people. There are also horrifying media reports that Madrasa students were sexually assaulted during police custody which must be thoroughly investigated by a judicial inquiry. The police action is by far the worst in living memory of the people in the state.

The Uttar Pradesh police stands exposed for the crimes they committed against innocent people and for the violation of democratic right of the people to protest. They have now resorted to vilifying people and groups that participated in the protest in an attempt to break the will and create disunity and confusion among the people. Higher officials of UP Police now claim that Popular Front of India, (PFI), was behind all the protests and is reportedly seeking to impose a ban on the organization in the state. This is contrary to the facts. The agitations were and remain a collective movement of the people. No single organization, parties or individuals have any authority or leadership role over it. What UP Government is up to is nothing but political vendetta, a move to demonize and destroy.

They refused to buy this narrative and condemned any attempts by the authorities to isolate and suppress any individuals and organizations including PFI for participating in the protests. The UP police is in the denial mode for the killing of the protesters by directly firing at them during the protests and is trying to divert the attention of the media and activists by naming individuals and organizations Popular Front of India.