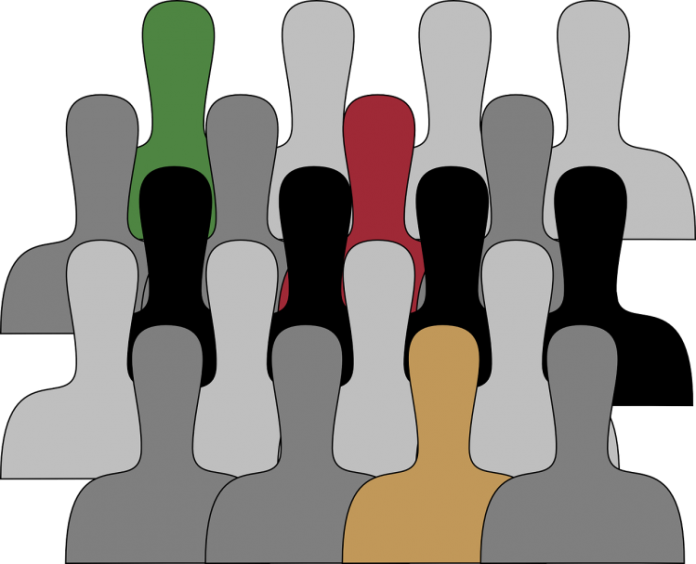 The western countries are haranguing China for espousing dictatorship rather than democracy. Might it be though that China’s path may be true and that of the West false?

The espousal of democracy by the West appears to be predicated on exploitation of others. The first known democracy in the Western World was that of Greece. The same Greek city states regularly organised military campaigns for looting their neighbours. The luxury of participating in long “democratic” debates was made possible only by the wealth that came in through these looting campaigns. Greek democracy collapsed when the neighbours also acquired the iron weapons and could no longer be looted at will. The Roman Empire likewise looted the people outside the borders. The loot brought by the Roman armies from other lands made it possible to distribute goodies to the citizens. The Roman democracy collapsed as new areas to loot were not accessible.

The second wave of democracy came in the middle Ages led by England. The English government was able to ‘buy’ the loyalty of its subjects by providing them with many benefits. Legislations like the Factories Act provided limited number of work hours and other relief to the British workers. This led to higher cost of production in England. That, however, did not hurt the English economy because colonial loot was pouring in from across the globe. A year before Marx’s death in 1883, his close colleague Engels wrote to Russian politician Kautsky: “the workers gaily share the feast of England’s monopoly of the world markets and the colonies.” The monopoly of the world markets and loot of the colonies provided England with the money to “buy out” the loyalty of its subjects. The inefficiency of democracy was covered by this loot.

The democracy in the US till the nineteenth century was based on the newly-discovered bounty of gold and oil of the mid-West; on the wanton killing of the native Indians; and on the exploitation of black slaves brought from Africa. In the twentieth century that country has launched many wars for extracting the resources of the poor countries including those in Iraq and Bosnia. It has regularly deposed popular leaders of the developing countries like Allende of Chile and instated leaders favourable to the US. The introduction of Patents protection in the WTO has made it possible for the American MNCs — who were leading in technological advances at that time — to protect their economic interests in foreign lands. The US has derived huge incomes from wars such as those on Iraq by exporting arms at a high price and importing oil. US multinationals are roaming across the globe selling their patented goods at high prices. Democracy appears to have succeeded only when there has existed an external source of income. The wealth of Western democratic countries and the poverty of the third world are but two sides of the same coin. If that is the case, then democracy cannot succeed in the developing countries. One cannot “buy” the loyalty of its people when the countries’ wealth is being transferred to the developed countries by patents and unfair trade.

No wonder, Bhishma says in Shanti Parva: “Democracies destroy themselves due to infighting. Democracy can succeed only when the head persons quietly takes others into confidence. The authorities should immediately repress those who deviate from the consensus.” In other words, democracy can succeed only when there exists an exceptional leader who can secure the willing cooperation of the people without having to buy them out. But such exceptional leaders are far and few. Normally, the elected heads have to provide financial benefits to the people to secure their cooperation. The Government of India can buy the support of Mamata Banerjee only when it can provide a hefty financial package for West Bengal. Now if the money is obtained from taxing other states of the country, then people of the other states would revolt. But if the money is obtained from, say, colonisation of Timbuktu, then there is no problem. The people of Timbuktu will be impoverished and democracy will flourish in India. For all we know, history might say that the short duration in which democracy was the norm was built on inter-national injustice; and the Chinese path of dictatorship was the one that was durable.

That is not to venerate authoritarianism. It can be hugely oppressive as was in Stalin’s Soviet Russia and Mao Zedong’s’ China, for example. But democracy can also be equally oppressive as was the case with Hitler. In the end, neither democracy nor authoritarian rule guarantees good governance. The United Nations Development Program said in its Human Development Report of 2010 or so: “Why is there less optimism about democracy than in the euphoric period just after the cold war? Democracy has not produced dividends in the lives of ordinary people in too many countries. Income inequality and poverty have risen sharply in Eastern Europe and the former Soviet Union, sometimes at unprecedented rates. Poverty has continued to increase in more democratic Sub-Saharan Africa. And many newly democratic regimes in Latin America seem no better equipped to tackle the region’s high poverty and inequality than their authoritarian predecessors.”

The end result seems to be as follows. Authoritarian regimes are “extremist.” They can produce very good results as present-day China or very bad results as Mao Zedong’s China. Democratic regimes, on the other hand, generally produce only mediocre results unless they are predicated on the loot of others.

Why should the industrial countries then promote democracy in the developing countries so vehemently? The answer lies in that democratic leaders are more amenable to being bought out. They need money to contest elections. It is beneficial for them to accept corruption money in foreign countries.

This is not to argue that we must give up democracy and embrace an authoritarian regime. But let us realise that democracy is no automatic solution to good governance. It can just as well be its opposite. But good governance in democracy is more difficult than in dictatorship.

We should be wary of assuming that democracy will solve our problems; and that China will fall because of dictatorship. Fundamentally, democracy is an inefficient form of government. But this inefficiency can be covered up if huge resources are flowing in from other countries. We should apply our minds to securing good governance within democracy but without exploiting other peoples. That is the challenge before us.

The writer is former professor of Economics at IIM Bangalore.