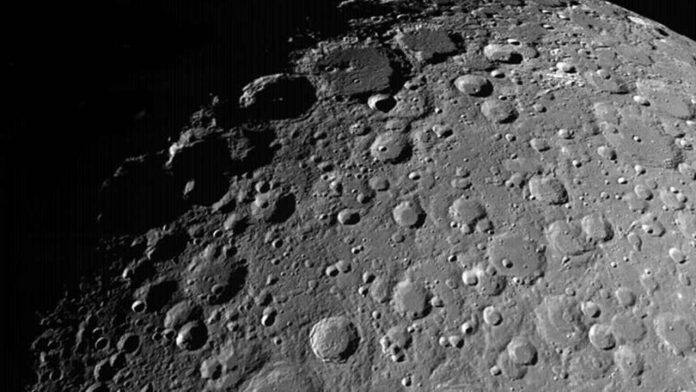 It’s thoughtful of the night sky to offer so many good views with so many people stuck at home. From the Leonid meteor shower to Halloween’s blue moon, skywatchers have been spoiled recently. And here’s another goodie: Head outside Thursday night to see the moon, Saturn and Jupiter form a neat triangle. The crescent moon will be visible in the south-southwest as soon as the sky darkens, but the other two show up a little later. Jupiter should make an appearance after sunset, and Saturn a little later on.

“The best observing time is about 30 minutes after local sunset for about two hours while the moon and planets are high enough in the sky to be nicely visible,” astronomy educator and former planetarium director Jeffrey Hunt says. He’s written about the view on his site, When the Curves Line Up.

But if you miss that exact timing, it’s still worth stepping outside. Hunt says the view will still be good until about four and a half hours after your local sunset. Saturn appears a little later because it’s dimmer than Jupiter, he says, and brighter stars appear in the sky after sunset, while dimmer stars show up later.

And you don’t need special equipment. Hunt says “a binocular or small telescope, such as a bird watching scope, will show lunar craters (and) the moons of Jupiter. If the binocular is held steady, some of Jupiter’s larger moons are visible. The small telescope will show a hint that Saturn has rings.”

If you miss Thursday night’s show, look forward to more sky sights in December. Hunt notes that there’s another grouping of the moon and the Jupiter-Saturn pair on Dec. 16, when the planets will be closer together.

That’s just five days before a much-anticipated event dubbed The Great Conjunction, which will happen on Dec. 21. No, not Conjunction Junction — Hunt explains that when the moon, or a planet, has the same celestial longitude as another celestial object, we call that a conjunction. Jupiter passes Saturn in a conjunction every 19.6 years, so the event is already rare, but the Dec. 21 event will be the closest conjunction of the two since 1623. 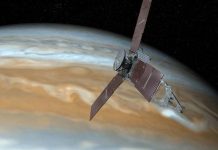