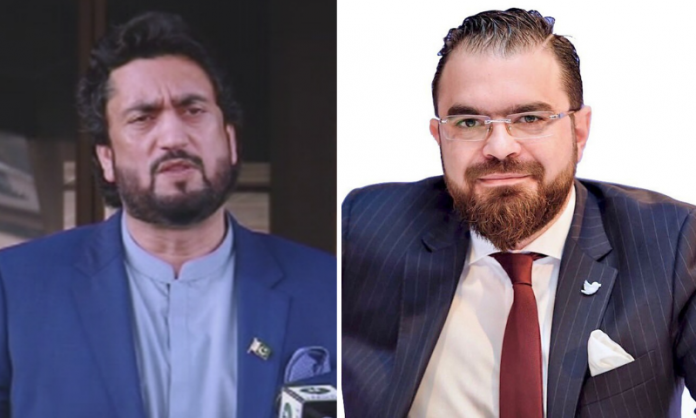 The Parliamentary Committee on Kashmir on Tuesday questioned Twitter’s regional head, George Salama, over its policies related to tweets on Kashmir by Pakistani and Kashmiri activists with committee chairman Shehryar Afridi calling out the social media platform for its “double standards”.

According to a statement released by the NA Secretariat, the panel “grilled” Salama over “silencing voices of thousands of Kashmiri and Pakistani activists projecting the plight of people of Indian Illegally Occupied Jammu and Kashmir (IIOJK)” on Twitter.

The regional head, who attended the meeting virtually, informed the parliamentary panel that Twitter “discourages hate speech and upholds freedom of expression”, assuring it that “voices of minorities would never be silenced.”

When questioned about the violation of Twitter rules by Indian users mentioned in the recently released report by the EU DisinfoLab, Salama replied that “Twitter management always ensures freedom of speech on social media”.

“Kashmiri activists are free to raise their voice with legitimate accounts,” he added. The official also offered to organise workshops in the country along with the Pakistan Telecommunications Authority (PTA) to raise awareness among Pakistani and Kashmiri activists about Twitter’s regulations.

Afridi, however, said that the social media platform had “double standards” because it did not take action against “Indian agents posting tweets aimed at inciting hate and violence in Pakistan”.

He alleged that people in occupied Kashmir were “being silenced under influence of Indian employees of Twitter”.

The committee chairman also recalled that when he was minister for interior a few years back, some Indians were “generating 80 tweets per minute from Indian cities to incite violence in Pakistan over the blasphemy issue”.

That claim was contradicted by Salama who said Twitter has “zero tolerance for hate speech and violence” and it discourages posting misleading content through fake accounts once they are reported.

“Overlapping and duplicate contents are also discouraged by Twitter management,” he explained, before going on to iterate that Twitter’s position would “remain equal for all parties of the conflict zone”.

“We are working closely with PTA to ensure equal opportunities to social media users,” Salama added.

Meanwhile, the PTA chairman informed the meeting regarding the suspension of social media accounts under the influence of Indian operators since August 5, 2019, when India revoked occupied Kashmir’s special autonomy.

He told the committee that the PTA had raised the issue with Twitter which had replied that users were free to accept or deny Twitter rules.

Referring to the Removal and Blocking of Unlawful Online Content Rules 2020, the PTA chairman said once the authority reported an account to Twitter, the social media platform would have to comply by taking action within 24 hours.

After India revoked occupied Kashmir’s special autonomy in Aug 2019, hundreds of Pakistani users had taken to Twitter to report that accounts were being suspended after they posted in support of Kashmir.

The claims came from journalists, activists, government officials, and fans of the military tweeting in support of Kashmir’s freedom.

Responding to allegations of censorship and biased moderation on its platform, a Twitter spokesperson had told Dawn at the time that they were founded on the principles of free expression and there was no political bias in its content review teams that determine what content is considered a violation of its rules.

‘Pvt TV channels not creating content on Kashmir’
Chairman of Pakistan Electronic Media Regulatory Authority (Pemra) told the committee that TV channels in the country have been “contributing hugely” to raising awareness about the Kashmir issue.

Afridi asked the Pemra chairman whether private channels were also focusing on developing films and dramas on the plight of people in occupied Kashmir, to which he replied that some channels had not altered their logos to black on February 5 (Kashmir Solidarity Day) this year.

The regulatory body would issue show-cause notices to such channels, he added.

The Pemra official sought time to present the report on telefilms and dramas on the Kashmir dispute.

Afridi said that under corporate social responsibility, private TV channels were “bound to project Kashmir dispute, India’s illegal occupation of Jammu and Kashmir and plight of the Kashmiris”.

The Pemra chairman also informed the committee that the authority had banned the airing of all Indian content on television. “Private TV channels were not developing their own content related to Kashmir but were instead airing content generated by public institutions,” he added.

According to the statement, the committee chairman expressed his dissatisfaction over Pemra’s performance in overseeing the highlighting of Kashmir issue on electronic media.

A representative from Pakistan Television (PTV) also briefed the committee about the state TV channel’s efforts to highlight the Kashmir issue.

Afridi directed chairman Pemra and managing director of PTV to present detailed reports on the role of both institutions in highlighting the Kashmir issue.