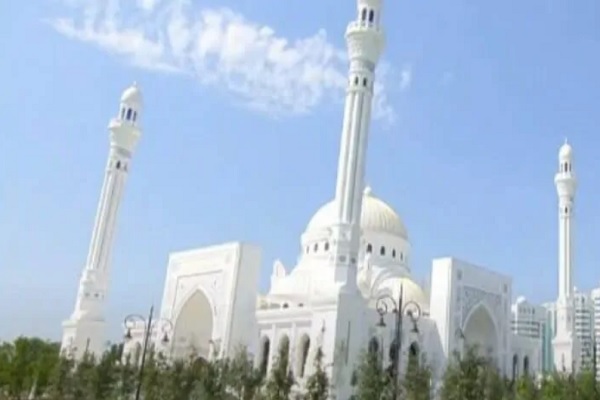 SHAFAQNA- The Europe’s biggest and most beautiful Mosque is constructed in Chechen town of Shali, Russia.

The Mosque  is one of the largest mosques in Russia and is officially known as “The Heart of Chechnya“. It was inaugurated on Friday 23 August 2019. The marble-decorated building, which is named after the Prophet Mohammed (PBUH), can hold more than 30,000 people and was described by the Chechen authorities as the “largest and most beautiful” Mosque in Europe. An Uzbeki architect designed the 9,700 square meter holy site, The Nation has reported.

The Mosque’s flower-lined grounds can accommodate an additional 70,000 worshippers, Chechen authorities said. When it was inaugurated, several dignitaries from UAE, Saudi Arabia and Kuwait were present. Muslim World League secretary general Mohammed bin Abdul Karim Al Issa delivered the first Friday sermon, Siasat reported. President Putin did not attend the opening ceremony, however, he commended the inauguration of the mosque saying it was of great importance to the region and the Chechen Republic.