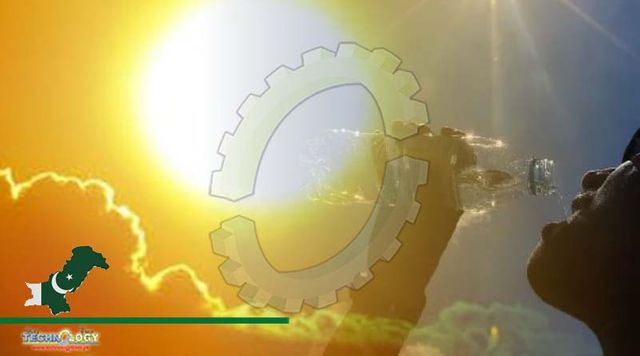 All heatwaves today bear the unmistakable and measurable fingerprint of global warming, top experts on quantifying the impact of climate change on extreme weather said on Wednesday.

Burning fossil fuels and destroying forests have released enough greenhouse gases into the atmosphere to also boost the frequency and intensity of many floods, droughts, wildfires and tropical storms, they detailed in a state-of-science report.

“There is no doubt that climate change is a huge game changer when it comes to extreme heat,” Friederike Otto, a scientist at Imperial College London’s Grantham Institute, said.

Extreme hot spells such as the heatwave that gripped South Asia in March and April are already the most deadly of extreme events, she added.

“Every heatwave in the world is now made stronger and more likely to happen because of human-caused climate change,” Otto and co-author Ben Clarke of the University of Oxford said in the report, presented as a briefing paper for the news media.

Evidence of global warming’s impact on extreme weather has been mounting for decades, but only recently has it been possible to answer the most obvious of questions: To what extent was a particular event caused by climate change? The most scientists could say before is that an unusually severe hurricane, flood or heatwave was consistent with general predictions of how global warming would eventually influence weather.

News media, meanwhile, sometimes left climate change out of the picture altogether or, at the other extreme, mistakenly attributed a weather disaster entirely to rising temperatures.

With more data and better tools, however, Otto and other pioneers of a field known as event attribution science have been able to calculate — sometimes in near realtime — how much more likely or intense a particular storm or hot spell has become due to global warming.

Otto and colleagues in the World Weather Attribution (WWA) consortium, for example, concluded that the heatwave that gripped western North America last June — sending temperatures in Canada to a record 49.6 C (121 F) — would have been “virtually impossible” without human-induced climate change.

A heatwave that scorched India and Pakistan last month is still under review, Otto said, but the larger picture is frighteningly clear.

“What we see right now in terms of extreme heat will be very normal, if not cool, in a 2-degree to 3-degree Celsius world,” she said, referring to average global temperatures above preindustrial levels. The world has warmed nearly 1.2C so far.

That increase made record-setting rainfall and flooding last July in Germany and Belgium that left more than 200 dead up to nine times more likely, the WWA found.

But global warming is not always to blame.

A two-year drought in southern Madagascar leading to near famine conditions attributed by the UN to climate change was in fact a product of natural variability in the weather, experts reported.