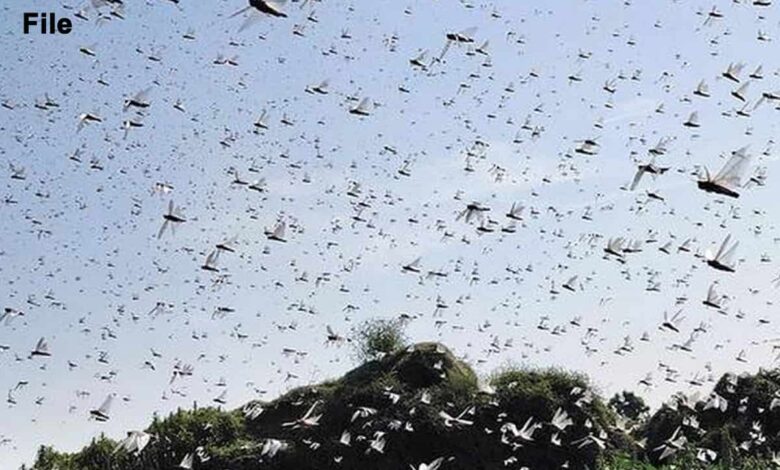 New Delhi: The Food and Agriculture Organisation (FAO) of the United Nations has warned India of major locusts attacks in the coming days, following which the government has intensified its efforts to tackle the menace. The Union Ministry of Agriculture and Farmers Welfare said on Sunday that a new dimension has been added by using helicopters in the locust control operations.

According to information, helicopters were used to spray chemicals in the 65 RD Banda area of Jaisalmer district of Rajasthan, for the first time on Saturday to control the insect swarms.

The FAO, in its July 3 report, had stated that breeding of locusts in the India-Pakistan border areas has already begun. This will create large number of locusts in July and will emerge as a manjor threat by mid-August.