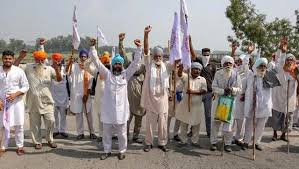 The five-hour-long meeting between the Centre and farmer leaders in Delhi on Friday did not yield any breakthrough as the farmers’ representatives stuck to their single demand for scrapping of the three new farm laws, while the Agriculture Minister Narendra Singh Tomar offered clause-by-clause discussion on these legislations.

The meeting ended almost as soon as it began when the Centre asked farmer leaders to point out the clauses on which they had objections. The farmers’ representatives said they would not discuss the clauses and wanted the three laws to be scrapped.

Tomar tried his best to persuade the farmer leaders, but the later stuck to their rigid stand for repeal of the three laws. Then why did the talks stretch for five hours? It was because some of the farmer leaders demanded that FIRs filed against them in Haryana and Punjab be withdrawn, while some others demanded that the ED probe against adhatiyas (commission agents) be stopped.

The farmer leaders told the Centre that they would continue to come to the talks but any breakthrough can happen only if the Centre agrees to scrap all the three laws. The next round of talks will take place on January 19 and Tomar was still hopeful of a breakthrough. He said, the government was worried about farmers and their families sitting out in the biting cold in the open.

Tomar is an astute politician and an agriculturist who has his roots among the farming community in Madhya Pradesh. He knows the problems of ‘annadatas’(food providers). He is still hopeful of a breakthrough, but I think most of the farm leaders want the agitation to continue till January 26. Bharatiya Kisan Union leader Rakesh Tikait let the cat out of the bag when he said that the leaders would continue to attend talks, but the Centre must withdraw the laws and the farmers will take out a tractor rally on Republic Day.

Already preparations have started and hundreds of tractors have started moving towards Delhi from Punjab and Haryana to join the rally. A convoy of several hundred tractors started on its journey to Delhi from Haryana’s Fatehabad-Sirsa. The convoy was almost two kilometres long. Several of the tractors taking part were those which were bought by farmers for the January 26 tractor rally.

The farmers are sitting on dharna on Delhi’s outskirts for the last 51 days. They have gained sympathy among the common masses, the main reason being the dharna has so far been peaceful and the squatters have been braving the cold winter. Secondly, till now, the farmers have kept politicians and political parties at arm’s length from their agitation. But if efforts are made to incite farmers and if political activists infiltrate their ranks, the agitating farmers will lose people’s sympathy.

Republic Day is a day for remembering our brave army officers, jawans and martyrs. It is a day for celebrating the gallantry of our heroes and if any effort is made to disrupt the Republic Day celebrations, it will lower India’s prestige in the comity of nations. The agitating farmers will then lose the love and sympathy of the people. I still appeal to our farmer leaders to rethink whether they should bring out a tractor march on January 26 or not. This seems to be a tall order because political parties are already instigating the farmers.

On Friday, Congress leader Rahul Gandhi joined his party workers to demand repeal of the three farm laws. He alleged that the Prime Minister Narendra Modi was trying to tire out the farmers and asserted that the BJP government will have to scrap the three farm laws. Rahul Gandhi also alleged that Prime Minister Modi was benefiting four or five businessmen and they were running the country. He reminded Modi of how the Congress forced the NDA government to back out from amending land acquisition law after the Bhatta Parsol agitation.

Had Rahul Gandhi been really worried about the demands of farmers, he would not have gone vacationing to Italy during New Year holidays and left the farmers to fend for themselves in the open  in Delhi’s biting winter.

Farmers should not become political pawns in the hands of opposition parties. They have the right to agitate and let their voices be heard, but all parties must respect the Supreme Court’s order. Even the apex court has said that discussions are the only way out and if talks are discontinued, the gap between the two camps will become wider. 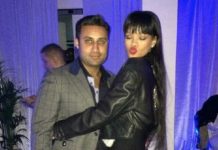 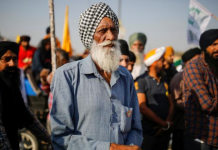 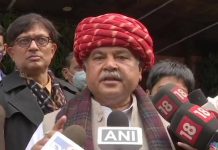