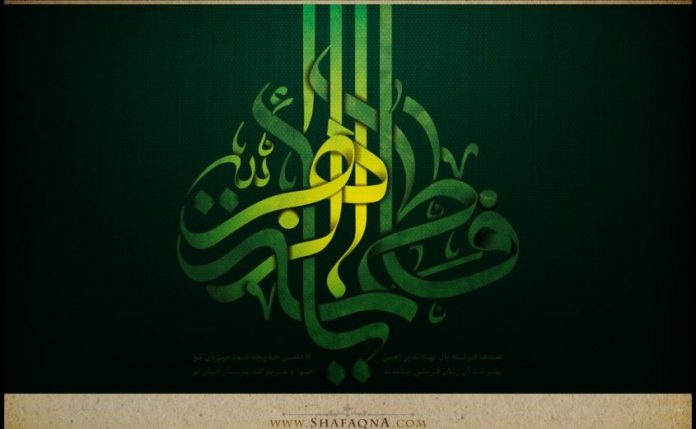 Fatimah may not be an Imam but she is the mother of eleven infallible Imams and, without a doubt, the Imams owe their infallible characteristics to their mother. Her distinctions are numerous, one of the most outstanding of which are her parents – the Prophet and Khadija. Parents have a huge influence on their children; we already know who her father was, but we should acquaint ourselves with her mother too.
Khadija was the first woman to accept Islam as her religion. Even before becoming a Muslim, she used to perform prayers. (Ibn Athir)
Afif al-Kindi says: ‘I arrived in Mecca on business. I came across a man who was performing prayers at the Kaaba. After some time, a woman joined him. Later on, an adolescent joined them. I asked Abbas, the Prophet’s uncle, about these three and what they are doing. ‘He is Muhammad, the son of my brother Abd Allah. He says he is the Messenger of God. The woman is his wife Khadija and the young man is my nephew who has accepted Islam. I swear by God that this man has no other followers but these two.’ (Ibn Abi al-Hadid, SharH Nahj al-Balagha ) Now let us review some narrations about Khadija.
Abu Hurayra says: ‘The Prophet said Gabriel came to him and announced the arrival of Khadija carrying drinks and food: “Give her God’s regards and mine to her and promise her that God has built her a tranquil house in Heaven.”’ (Sahih Muslim)
Aisha says: ‘I was not [with the Prophet] during Khadija’s lifetime but whenever he slaughtered a sheep he would send meat to Khadija’s friends. …. The prophet always said that he loved her.’ (Sahih Muslim)
One day, I saw the Prophet saluting an old woman. When I asked him about her, he replied: ‘She is Wafa…She used to visit us during Khadija’s lifetime.’ (Sharh Nahj al-Balagha)
Anas says: ‘Whenever a gift was brought to the Prophet, he ordered it to be taken to Khadija. He loved Khadija very deeply.’ (Safinat al-Bihar)
Aisha says: ‘One day, the Prophet spoke about Khadija…. “At a time when people rejected me she announced her faith in Islam. When people used to deny me, she believed in me. When people deprived me of their wealth, she gave her wealth to me. She is the mother of my children…’’’ (Sahih Muslim)
Ibn Abbas says: ‘The Prophet said four women are the best in Heaven: Khadija, Fatimah, Mary and Asiya, the wife of Pharaoh (Khisal)
These ahadith and many others make it clear that Fatimah’s mother was highly respected. The Prophet did not take a second wife as long as she lived. When she died, the Prophet named that year ‘Year of Sadness’ and he personally buried Khadija. (Sirat al-Halabi) 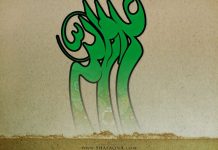 How did Imam Ali (A.S) accept the offer of caliphate after twenty five years? 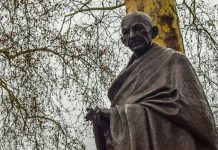 From Gandhi to Modi: Exploitation of Svadharma 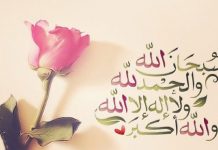