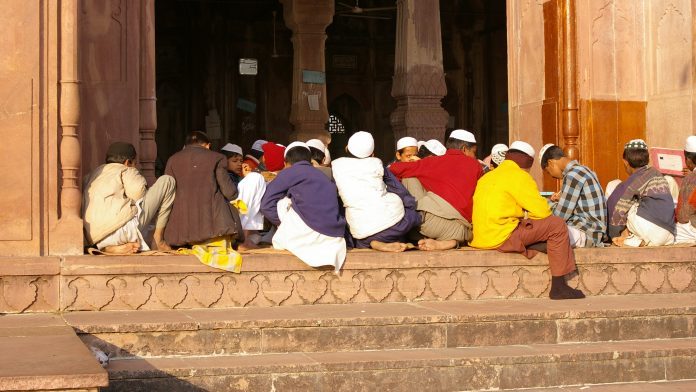 For the past few years, Islamophobia and hate against Muslims have grown at an unprecedented rate in India without any consequences. And like most things Indian, this bigotry has also gone international. But while bigots in India have enjoyed a free run with direct and indirect support of members in the ruling Bharatiya Janata Party and even Narendra Modi government, the situation for bigoted Indians living abroad, such as in the Gulf and now Canada, has taken a different turn.

After several incidents of Indian expatriates in the Gulf countries being called out for their Islamophobic tirade on social media and getting sacked by their employers, it was Canada’s turn to take down such hate.

Ravi Hooda, a real estate agent based in Ontario, was angered by Brampton mayor Patrick Brown’s tweet over exemptions given in the city’s noise bylaws to allow azaan (call to prayer).

Our noise by law originally passed in 1984 only included an exemption for Church bells. It will now include all faiths within the permitted hours & decibel levels. The Muslim community can proceed with the sunset azan because it’s 2020 & we treat all faiths equally. #Ramadan

“What’s next? Separate lanes for camel & goat riders, allowing the slaughter of animals at home in the name of sacrifice, bylaw requiring all women to cover themselves from head to toe in tents to appease the piece fools for votes,” he tweeted in reply.

It was lost on the Islamophobe that the exemption was earlier limited to church bells and was now being extended to all faiths. Perhaps, he also forgot that he was in Canada, and not in India, where such remarks draw thousands of likes and retweets. But he soon learnt his lesson.

Hooda, who later deleted his tweet, was called out by several Twitter users, including Canada’s Anti-Hate Network, for his vile comments. The real estate company he was associated with terminated his services. He has also been removed as the School Council Chair by the Macville Public School.

.@REMAXca agent and Registered Certified Immigration Consultant Ravi Hooda is upset that Brampton is giving mosques the same noise by-law exemptions as churches. In Mississauga, a nightly call to prayer during Ramadan has become a focal point for anti-Muslim hatred. 1/

We do not share nor support the views of Mr. Hooda. We can confirm he has been terminated and is no longer affiliated with RE/MAX. Multiculturalism & diversity are some of the best qualities in our communities, and we are committed to upholding these values in all that we do.1,37110:41 PM – May 5, 2020Twitter Ads info and privacy537 people are talking about this

This guy’s is also apart of the school council at @MacvillePS. @PeelSchools can you look into this ?

The Principal has begun an investigation. The individual is being removed from their role as School Council Chair and won’t be able to participate on council in any other capacity. Islamophobia is not acceptable and a clear violation of our Safe and Accepting Schools Policy.1,7433:17 PM – May 5, 2020Twitter Ads info and privacy659 people are talking about this

This follows the recent trend seen in the Gulf countries where several Indian expatriates have been fired for their Islamophobic posts targeting Muslims for the spread of Covid-19.

While Canada has won praise for its swift action against Islamophobia, things back home are not that great with hate mongers having a field day — despite several Gulf nations being vocal about it and asking the Modi government to take action.

Kosher in India, so works everywhere

Over the past few years, hate and communal polarisation, specifically targeted at the Muslim community, has emerged as a low-cost election winning formula for India’s political class. With already existing deep chasms of insecurity and communal divide, it takes no more than a dog whistle to act as communal kindling.

Indian social media, especially since the run-up to the 2014 Lok Sabha election, has seen a steady rise in hate targeted at Muslims, blaming them for almost every evil besetting the country.

The factual accuracy, and history, of hate mongers may be as bad as their logic, but they all manage to achieve the intended result – violence against Muslims.

If it passes muster in the homeland, if there are no repercussions here, why not replicate it elsewhere — or so goes the belief. This bigotry is so normalised that many Indians working and living in the Gulf countries, a predominantly Muslim majority region, see no problem in spreading this vitriol.

But unlike previous occasions when the Gulf countries had taken a customary stand on targeting of Muslims in India, the Arab world is more vocal and proactive this time. The fact that this hate is being spewed by the Indian diaspora working in these countries has also hit home. It may not bode well for the Indian economy, because expatriates from the region send a significant amount of remittances back home. India has held the top position as recipient of international remittances for a few years now, with the Gulf nations alone contributing more than 50 per cent of the total.

Majority Indians’ unadulterated hate against Muslims risks undoing not only the social fabric that keeps the country together in a deeply polarised world, but also the economic benefits that help a large section of the country’s migrant citizens. But if the past months have shown anything, even a national health emergency is ineffective in curtailing Islamophobia; on the contrary, it can be a major tool in flaming it.

Between 28 March and 3 April, the hashtag ‘CoronaJihad’ appeared three lakh times on Twitter and close to 30 crore people were reportedly exposed to the hate.

The Tablighi Jamaat congregation in Delhi and the subsequent demonisation of the Muslim community as the villain was just another chapter out of India’s Right and the IT cell handbook on how to target minorities.

Probably not wanting to rock the relationship boat with the Arab world, which recently bestowed several awards on him, PM Modi paid a delayed lip service and called for unity in the fight against the coronavirus pandemic.

Overall, though, no one in his government batted an eyelid when Muslims were violently attacked or when incidents of their social and economic boycott by Hindus began to be reported from all over India.

But the international community showed it’s not blind to the hate, even if it’s beset with its own problem of fighting the pandemic.

In an annual report, the US Commission on International Religious Freedom (USCIRF) listed India among “countries of particular concern” that would be subject to sanctions if they do not improve their records.

“In 2019, religious freedom conditions in India experienced a drastic turn downward, with religious minorities under increasing assault,” the report said.

With Canada now joining the league, there’s hope that the action of other countries will shake-up our conscience.