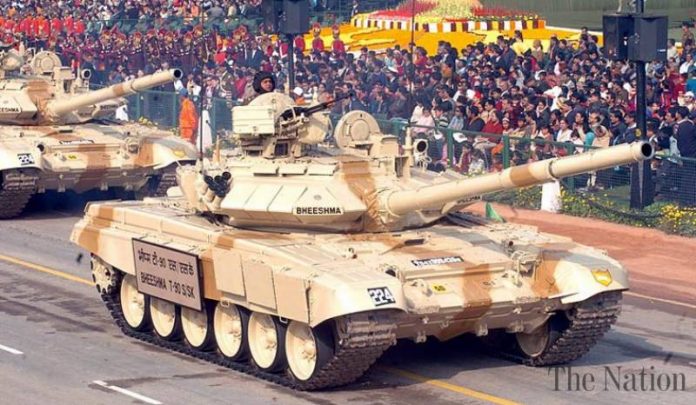 The Indo-French bonhomie cannot be seen only through the prism of France’s hustle to secure mega projects for its otherwise aging defense sector but this new strategic partnership has developed an appetite for expansion in a variety of areas of mutual interest. This includes France’s active role in the Indo-Pacific region, its direct investment in the Indian defense sector, and, in the long run, French assistance in India’s nuclear power sector.

On 7th January 2021, France and India held Strategic Dialogue with a renewed focus on areas of convergence including, the Indo-Pacific region, cybersecurity, and maritime security. The indo-French partnership is not new, in fact, it has remained robust throughout the years. For instance, when India detonated a nuclear device for the first time in 1974, the US and Canada suspended their peaceful nuclear cooperation with India but France not only congratulated the Indian government but also continued its Uranium supplies. France virtually rescued India, which was termed as “nuclear pariah” for its blatant nuclear proliferation.

As they say, History is a great teacher; today, neither France nor India has changed. France has not only continued its tradition of rescuing India but it has undoubtedly undermined South Asian security by selling nuclear-capable fighter jets to the latter. France has sold 36 Rafale Fighter Jets to India. As per media reports, these jets are also known as nuclear delivery platforms, hence this would be in violation of Article I of the NPT by France.

France’s defense cooperation with India isn’t limited to the Indian Army’s modernization plan. India entered into a contract worth $4.16 billion, with a French firm to build six Scorpene submarines in India through a technology-transfer arrangement in 2005. Two of the six submarines have already been commissioned into the Indian navy while a third is undergoing sea trials. In addition, India and France are engaged in Maritime Activity in the Indo-Pacific region. Both navies have conducted joint patrols from Reunion Island, the French naval base in the Indian Ocean.

France’s defense cooperation with India thrives by leaps and bounds with each passing day. Such a massive influx of sophisticated weapons and armaments in the World’s most fragile region is concerning. France also sells these weapons to other countries but those countries and regions have different dynamics. South Asia is a different case. Unlike other regions, unabated arms supply to India directly contributes to Pakistan’s security anxieties.

France’s cooperation with India in multiple domains of defense primarily is driven by the lucrative Indian market, but its regional implications are disastrous in the long run. Pakistan and India share a history of animosity and longstanding territorial disputes, most importantly the Kashmir issue which continues to shape their relationship. India, under Modi rule, has closed every window of opportunity for dialogue and diplomacy. Therefore, possession of such weapons in the hands of far-right Hindu leadership is threatening for the entire region.

In fact, being a part of the civilized global community, it should be France’s responsibility to press India for an early solution to the Kashmir dispute. Perhaps, due to its close connection with the political leadership in New Delhi, French leadership is in an ideal position to mediate between India and Pakistan on the Kashmir dispute. Such a step will bring peace and normalcy back to the region.

When East-European NATO members objected to France’s decision to go ahead with USD$ 1.3 billion deal with Russia under which the French navy was supposed to provide new 21,300t amphibious assault, command, and power projection ship, France immediately canceled its proposed deal. Europe is far more stable than South Asia but for France, South Asian instability appears to be a business opportunity to sell its arms.

Pakistan is located in a difficult neighborhood. It has to deal with a militarily superior enemy that is massively modernizing its military and warfighting capabilities. These imported weapons are going to be used against Pakistan in any future conflict. Therefore, it is France’s responsibility to realize the severity of its weapons sale to India. Indo-France cooperation, its latest trends, and trajectories are exacerbating regional instability.