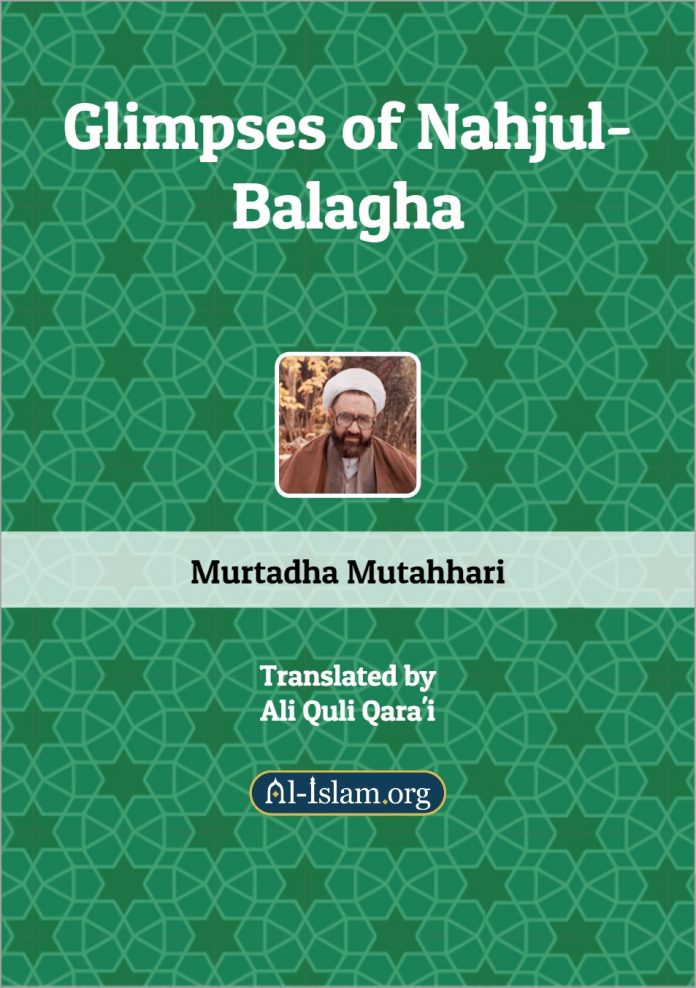 Sayyid al-Sharif ar-Radi, or Sayyid ar-Radi, as he is commonly called, was an ardent admirer of Ali’s speeches. He was a scholar, a poet and a man of cultivated taste. Al-Tha’alibi, his contemporary, says the following about him:

He is the most remarkable man among his contemporary and the noblest amongst the Sayyids of Iraq. Family and descent aside, he is fully adorned and endowed with literary excellence. He is the most remarkable poet among the descendants of Abu Talib, though there are many distinguished poets among them. To say that of all the tribesmen of Quraish no poet could ever surpass him would not be an exaggeration.7

It was on account of Sayyid ar-Radi’s earnest love for literature in general, and his admiration of Ali’s discourses in particular, that his interest was mainly literary in compiling Ali’s words. Consequently, he paid a greater attention to those passages which were more prominent from the literary point of view. This was the reason why he named his anthology Nahjul-Balagha8 which means the “path of eloquence,” giving little importance to mentioning his sources, a point rarely ignored by compilers of hadith (traditions).

Only at times does he casually mention the name of a certain book from which a particular sermon or epistle has been cited. In a book of history or hadith, it is of primary importance that the sources be precisely identified; otherwise, little credence can be given to it. The value of a literary masterpiece, however, lies in its intrinsic beauty, subtlety, elegance and depth.

Meanwhile, it is not possible to assert that Sayyid ar-Radi was entirely oblivious of the historical value and other dimensions of this sacred work, or that his attention was exclusively absorbed by its literary qualities.

Fortunately, after Sayyid ar-Radi, others took up the task of collecting the asnad of Nahjul-Balagha. Perhaps the most comprehensive book in this regard is Nahjul-Saada fi Mustadrak Nahjul-Balagha by Muhammad Baqir al-Mahmudi, a distinguished Shia scholar of Iraq. In this valuable book, all of Ali’s extant speeches, sermons, decrees, epistles, supplications and sayings have been collected. It includes Nahjul-Balagha and other discourses which were not incorporated by Sayyid ar-Radi or were unavailable to him.

Apparently, except for some aphorisms, the original sources of all the contents of Nahjul-Balagha have been accounted for.9

It should be mentioned that Sayyid ar-Radi was not the only man to compile a collection of Ali’s utterances; others, too, have compiled various books with different titles in this field. The most famous of them is Ghurar al-Hikam wa Durar al-Kalim by al-Amudi on which Muhaqqiq [verifier] Jamal al-Din al-Khunsari has written a commentary in Persian which has been recently printed by the University of Tehran through the efforts of the eminent scholar Mir Jalal al-Din, the al-Urumawi traditionist.

Ali al-Jundi, dean of the faculty of sciences at the Cairo University, in the Introduction to the book titled Ali ibn Abu Talib (as): Shiruh wa Hikam cites a number of these collections some of which have not yet appeared in print and still exist as manuscripts. These are:

2) Nathr al-Laa li; this book has been translated and published by a Russian Orientalist in one bulky Volume.

3) Hikam Sayyidina Ali (as): A manuscript of this book exists in the Egyptian library, Dar al-Kutub al-Misriyya. 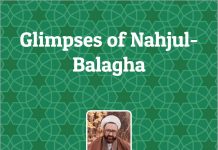 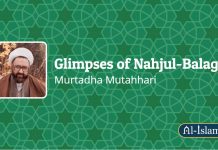