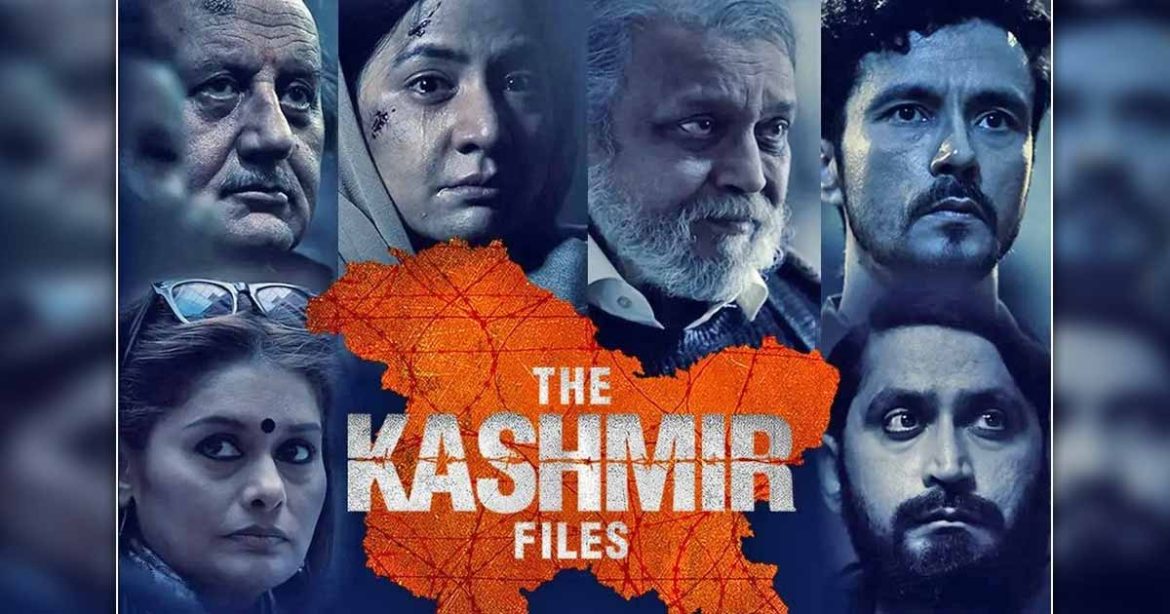 ONE likes all manner of movies including trashy movies. But I am not planning to see Kashmir Files yet. If and when the dust settles down on the communal muck it has raked, then someday one could see it, for the sociology of it if there has to be a reason.

None of my Kashmiri Pandit friends, journalists or academics, have revealed any patience for the movie. In our lives in Lucknow, there were numerous Kashmiri Pandits who would be riled by today’s anti-Muslim messaging of politics if they were around. Pandit Anand Narain Mulla was a high court judge and Kailash Nath Kaul was a botanist who established Lucknow’s fabled Botanical Gardens. They were both family friends. Mulla Sahib was also a much-loved Urdu poet. One verse got him into a spot of trouble with noisy nationalists. “Khooni-i-shaheed se bhi hai qeemat mein kuchh siwa/ Funkaar ke qalam ki siyahi ki ek boond” (a drop of ink from the writer’s quill can be more precious than the blood of a martyr).

Justice Mulla once insightfully described the police in a judgement. “There is not a single lawless group in the whole of the country whose record of crime comes anywhere near the record of that organised unit which is known as the Indian Police Force.”

Kaul Sahib was a lovely raconteur and bore a close physical resemblance to his brother-in-law, Jawaharlal Nehru. In crisp Urdu, he would claim that our languages reflected our cannibal past. How else, he said, would you get anyone threatening to eat you raw or drink your blood or make mincemeat of you?

There must be a reason that Hurriyat members became admirers of Vajpayee.

It was natural that right in the thick of the violence that had enveloped the Kashmir valley in 1991, one didn’t think twice about safety as a journalist while threading past ready-to-shoot security men through the tense streets of Srinagar. Wanchoo Sahib was among a handful of Hindu Kashmiris who had defied the governor’s call for Pandits to leave the valley.

This was a rare person one met in Kashmir at the height of its terrible violence who kept an exquisitely crafted bust of Vladimir Lenin in his living room. Wanchoo Sahib was a communist partisan and an active campaigner for Kashmir’s secular identity. He told me about his petition to the state’s high court to let him travel freely in his own country. The rub was a quaint interpretation of politics and law.

India claimed Azad Kashmir as its territory but travel was banned between the two sides. Wanchoo’s case was that he be allowed to travel to his own country across what he described as an illegal border. As the court grappled with the tricky petition, he was killed a few short months after our meeting. Hurriyat leaders I met after their release from prison claimed a soft corner for Mr Wanchoo. There were in the group high-minded thinkers and retired saboteurs. Prof Abdul Ghani Bhatt in particular could never explain his complex views on the Kashmir dispute without reference to Hafiz or some other ornate Persian proverb.

There must be a reason that Hurriyat members became admirers of Atal Bihari Vajpayee. And he indulged them with dreams of a peaceful life (including the return of Pandits) by promising to solve the Kashmir dispute discreetly with Pakistan. He very nearly succeeded in the mission. Sadly, Vajpayee lost the next elections. Manmohan Singh, who succeeded him, says a pact was ready but he ran out of partners in Pakistan after Gen Musharraf was unexpectedly deposed. Had they succeeded there would perhaps be no Narendra Modi around, leave alone a ‘Kashmir File’.

There is an exaggerated belief that Indian cinema has shaped the country’s secular culture. There have been movies that helped, but there were others that did the opposite. Burqa-clad Muslim women would throng to mythological movies like Homi Wadia’s Sampurna Ramayana, but one doubts if they equally savoured the communally nuanced Anand Math, for example. The mainstream cinema contributed enormously to India’s overplayed but essentially regressive social evolution. Blockbuster Mother India, for example, symbolised Indian womanhood, and what was the lady singing to popular applause? “Sansaar mein bas laaj hi naari ka dharam hai.” (A woman’s be all and end all is keeping her honour.)

There were 20 dozen things that were regressive about Indian cinema. And there were great movies inserted in between. My favourite in terms of its messaging was Dharamputra. It featured Shashi Kapoor as a child born to Muslim parents but who grows up as a hate-spewing Hindu rabble-rouser in the home of his distraught foster parents. I have to see a bolder stand for secularism. M.S. Sathyu, Saeed Mirza and Shyam Benegal made excellent movies with a progressive worldview.

There was, however, the other cinema one grew up experiencing with the neighbours, say, on Mathur Uncle’s terrace. Officially sponsored Sakshi Gopal, Kan Kan Mein Bhagwan were below the radar movies that circulated in lower middle-class localities. L.K. Advani picked one as information minister to show on Doordashan. In Swayam Siddha, a militant Hindu woman drives away Christian missionaries from her village as a cure for her ailing husband. The 1950s film went surreptitiously unnoticed as serious cine-goers were glued to Bimal Roy, Satyajit Ray and Ritwik Ghatak.

There was something that Indian cinema did off screen, which remains truly laudable. There was a natural harmony in and acceptance of romances across religious borders. Some of the spirit has survived. Raise a toast to Alia Bhatt marrying Ranbir Kapoor, daughter of a mixed Hindu-Muslim couple and son of Hindu-Sikh parents. Sadly, it may not deter anyone from making regressive cinema. There’s a good and bad cinema, and there’s a rabid cinema too. There was state patronage for good and bad cinema. Today, there’s state patronage for rabid cinema. The problem is the new state, not the old cinema.

What makes Adhan (Azaan) so important for Muslims?