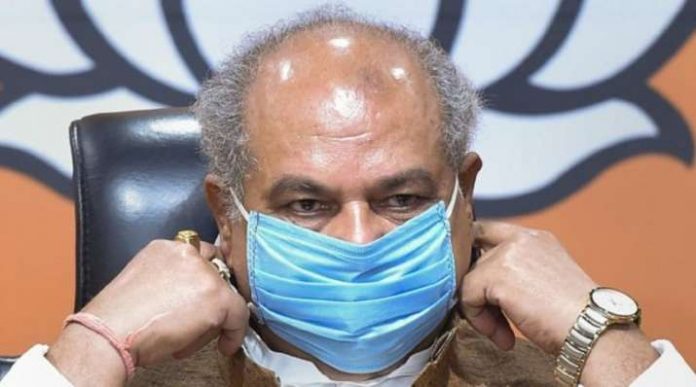 Agriculture Minister Narendra Singh Tomar on Saturday said the government is ready to amend three new farm laws to respect the sentiments of protesting farmers, even as he attacked opposition parties for doing politics on this issue at the cost of the agriculture economy and by hurting farmers’ interest. Addressing the 5th national convention of Agrivision, the Union minister said the government has held 11 rounds of talks with farmer unions and has even offered to amend these laws.

Thousands of farmers, mainly from Punjab, Haryana and Western Uttar Pradesh, are protesting at Delhi borders for over three months, seeking a repeal of these three legislations and a legal guarantee of the minimum support price (MSP).

Eleven rounds of talks between the Centre and 41 protesting farmer unions have so far remained deadlocked. The government has offered concessions including suspension of the legislations for 12-18 months and setting up a joint panel to find solutions, but the unions have rejected.

Tomar said the government has passed these three laws to boost investment in the farm sector and give freedom to farmers to sell their produce wherever they want and at price determined by them.

The laws, which were passed by Parliament in September last year, would also enable to grow those crops that can fetch more prices in the market, he added.

Referring to the ongoing farmers’ agitation, Tomar wondered how this agitation was going to benefit farmers.

“Main ye manta hoon, loktantra mein asahmati ka apna sthan hai, virodh ka bhi apna sthan hai, matbhed ke bhi apne mahatva hai. Lekin kya virodh is keemat par kiya jaana chahiye, jo desh ka nuksan kare (There is a place for disagreement in democracy and so is for opposition and difference of opinion, but should there be any opposition that can harm the nation),” he said.

No one is ready to talk about how these protests can be in the interest of farmers, the minister said.

Tomar regretted that farmer unions as well as the Opposition parties have failed to point out faults in provisions of these laws.

Tomar stressed that the government’s proposal to amend laws does not mean that there were any deficiencies in these reform laws.

He said the government has made a proposal to amend these laws as farmers continue to be the face of this ongoing protest.

Stating that the Centre under the leadership of Prime Minister Narendra Modi is committed to farmers’ welfare, Tomar said the government’s priority is to uphold farmers’ respect and therefore, it is ready to make amendments in the laws.

The minister said there is always an opposition to big reforms, but people do accept changes if the intention and policies are correct.

The Supreme Court had on January 12 stayed the implementation of the three contentious farm laws for two months and asked the committee to submit a report after consulting the stakeholders.

The three laws are — The Farmers’ Produce Trade and Commerce (Promotion and Facilitation) Act, 2020, The Farmers (Empowerment and Protection) Agreement On Price Assurance and Farm Services Act, 2020 and The Essential Commodities (Amendment) Act, 2020. 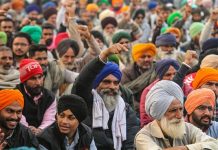 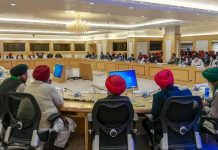