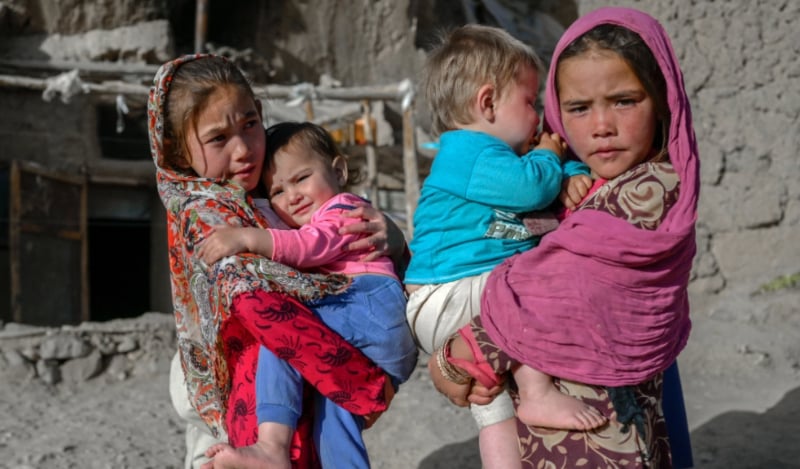 Nearly half of Afghanistan’s population are facing acute hunger, warned a UN-backed report published on Monday.

“High acute food insecurity persists across Afghanistan, as a combination of a collapsing economy and drought is depriving nearly 20 million Afghans of food,” according to the latest Integrated Food Security Phase Classification (IPC).

The analysis was conducted in January and February by IPC partners, which include the UN Food and Agriculture Organisation (FAO), sister agency the World Food Programme (WFP), and UN-backed NGOs.

The report places about 6.6 million people, out of a population of 40 million, in its emergency (IPC 4) category and 13 million in crisis or phase 3 category. The report points out that the UN and other agencies have provided a significant amount of humanitarian food assistance but “Afghanistan’s food security situation remains highly concerning”.

The situation has been exacerbated by economic decline and high food prices.

According to the report, about 38 percent of the population has been targeted for food assistance, yet between March and May half of the country was experiencing high and critical levels of acute food insecurity. Among these, about 6.6 million people face large food gaps and/ or employing emergency coping strategies to access food.

For the first time since the introduction of IPC in Afghanistan, catastrophe conditions (IPC phase 5) were detected for 20,000 people in the province of Ghor, one of the most remote, vulnerable provinces.

The report called for immediate action to prevent further deterioration. Compared to the previous period, November 2021 to March 2022, which classified 22.8 M people in IPC Phase 3 and above, the reduction of the population facing high and critical levels of acute food insecurity has been minimal.

The report, however, acknowledged that increased capacity of humanitarian actors to reach beneficiaries in vulnerable rural areas compared to the peak of the winter season is playing a big role providing food to the most vulnerable.

The study identified droughts, rising food prices, lingering impact of decades of conflict and the economic collapse resulting from the political transition as the main factors for this hunger.

The surveyors point out that between next month and November, harvest will allow a minimal improvement in food availability and access, reducing the number of people facing acute food security from 19.7 million to 18.9 million. Overall, 13 million will likely be in Crisis (IPC Phase 3) and 6 million in Emergency (IPC Phase 4).

With below average prospects for the harvest in most of the country, the report warns that several factors would further hamper the foreseeable seasonal improvement. Among these, many are fundamental socio-economic changes, such as the expected contraction of the GDP from 20 to 16 billion USD this year. Other factors include the lack of development projects; the disruption of supply chain and further increase of food, fuel and fertiliser prices linked to the ongoing Russia-Ukraine conflict.

The Ukraine crisis is adding up to unprecedented inflation at country level and the remaining sanctions on the de facto authorities are making things worse.

At household level, the situation is compounded by the forecasted reduction of Humanitarian Food Assistance after the month of May. The assistance is expected to decrease from 38 per of the population receiving on average two third food ration in the current period, to eight percent in the June-November projection due to lack of funding.

‘We are going to die’: Food shortages add...

One person likely dying from hunger every 48...