Since the beginning of rational philosophy, some of the most difficult questions that perturbed the mankind were the big questions; who are we? Why are we here? What is the meaning of life? What is meant by Divine intelligence and is there really a creator behind all these creations?

Even great minds could not give a sufficient answer to all these questions. These curiosities eventually led us humans to the ultimate question: ‘Does God really exist or it is a mere philosophical assumption?  After the birth of logic as a subject, which most likely took place in the 5th century BCE, people came up with new thoughts to answer such questions.

Thomas Aquinas (1225-1274), a renowned philosopher who gave five established ideas and wrote about 8 million words just to prove that God exists. One of the most famous arguments in his thesis Summa Theologica for confirming God’s existence was “because there is a motion, there must be a first unmoved mover and this is God”.Even a believer of some sect or religion cannot give an appropriate answer although he or she may believe in Divine intelligence.

The most agreeable answer which was given by a scientist, Fred Holey in his novel “The Black Cloud” was, the human brain does not have that much capacity to think or sense the being of God because the medium of thinking or understanding God is different from ours.Stephen Hawking, one of the most famous scientists of the 21st century has also tried to answer these questions in his last and final book Brief Answers to the big questions. But after reading the book one emerges no wiser, the same questions keep haunting. Then, how do we satisfy our curiosity regarding such big questions?

The Origin of Pantheistic God

Pantheistic God or ideology of pantheism can be traced back to the early Greeks. But the modern account goes to a man named Albert Einstein who somehow gave us the most unique and satisfying answer to some of the big questions. Einstein, also known as one of the most influential personalities in the field of science, too faced great difficulty in finding a way out.But in the end, he came up with a new theory of God or let me say, an old theory with new insight. Einstein proposed Natural laws as God.

The natural laws, or as we call it, the Pantheistic God was one of the most pleasing theories for all the nonbelievers and atheists to this day. Scientists like Carl Sagan, Richard Dawkins, and Stephan Hawking have also found this theory helpful in knowing the true definition of God. According to Carl Sagan “…by God, one means the set of physical laws that governs the universe, then clearly there is such a God. This God is emotionally unsatisfying … it does not make much sense to pray to the law of gravity.

Pantheism in itself was greatly influenced by many religions including Islam. The great philosophers of the Islamic world like Mevlana Rumi and Shams of Tabriz are great admirers of this ideology. And we can say about Einstein that he must have taken his concept of God from early Sufi Islamic philosophy. As we can see in the teachings of Rumi and Shams, their main aim was to find God inside ourselves and in our surroundings.

Mawlānā RumiIf you look around, you can find the face of God in each thing, because He is not hidden in a church, in a mosque, or in asynagogue, but everywhere.

After seeing the above stanzas one can say it is just a metaphor, and it is here that one finds the origin of Einstein’s Pantheistic God. Feeling God around you in every part of nature, and Nature as God only has a very small difference. But from where did the Muslims get this philosophy? Well, we can say it is the misunderstanding of some verses of the Quran, in which it is mentioned to look around you for proof ofGod’s existence.

Even You Can Also Find Answers of the Big Questions

When I was in school, the most interesting discussion that engaged classmates was about the big names in science. We really wondered whether people like Albert Einstein, Charles Darwin, and Isaac Newton were the wisest personalities of all time. Even our school teacher told us that Einstein was the wisest person in the entire human history. At that time, I also believed all these myths and hypes.

The question that always stuck in my mind was what was the difference between us and those great minds?There is no such a big difference between normal people and the idolized figures that appear to us larger than life size. The main reason people get swayed so easily is because of their lack of knowledge, what we call ignorance. People like you and I can also bring about change or theorize about the big questions. We must first have to recognize that philosophy and science are not some kinds of arguments or subject, but they are basically methods of observation and thinking which goes on in every soul’s mind.Thinking is the main key to find the answers, and with thinking one can guide himself to the right path, the path of wisdom.

Thinking does not require any special power or intelligence, but only your conscious mind. Philosophy is not merely a subject which we have in our schools and universities and it is not about learning other people’s ideas, but it begins once you start thinking.Everyone is unique in this world. For new ideas to create we do not need any authorization or endorsement from anybody. Many people are confused about philosophical methods. They do not know how to find their own answers. Well, as I believe you will discover them, once you start observing.

Mohammad Mahdi is a young student scholar from Aligarh, India. He writes on Science, Religion, and Philosophy. Can be reached at mahdimohammad2002@gmail.com. 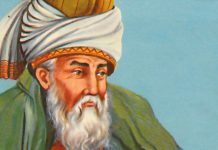 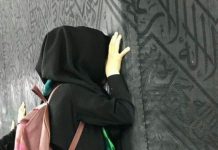 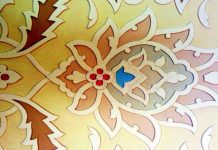 Importance of relating to others