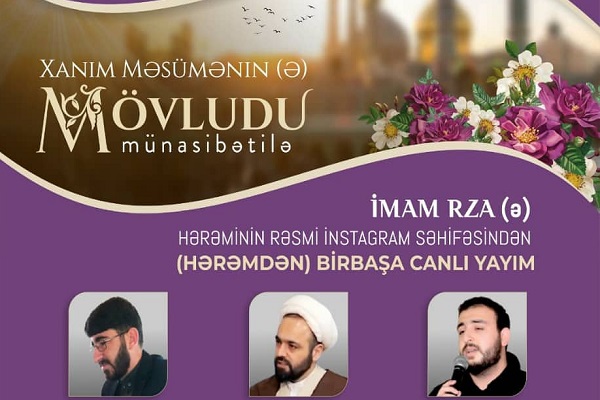 SHAFAQNA-IQNA: A ceremony was held in Moscow, Russia to celebrate the birthday anniversary of Hazrat Masoumeh (SA).

Hojat-ol-Islam Oktai Mohammadov, deputy of Al-Mustafa International University’s branch in Russia told IQNA that the ceremony started with Quran recitation at the Husseiniyah of the academic center in Moscow.

The program included a religious speech on the occasion and an online competition on the theme of the speech. Winners were awarded religious books.

Eulogies lauding the sister of Imam Reza (AS) were also performed in the program.

Mohammadov also addressed via videoconference a ceremony held at the holy shrine of Imam Reza (AS) on the auspicious occasion.

The center also plans to organize celebrations on the birthday of Imam Reza (AS) on July 3.