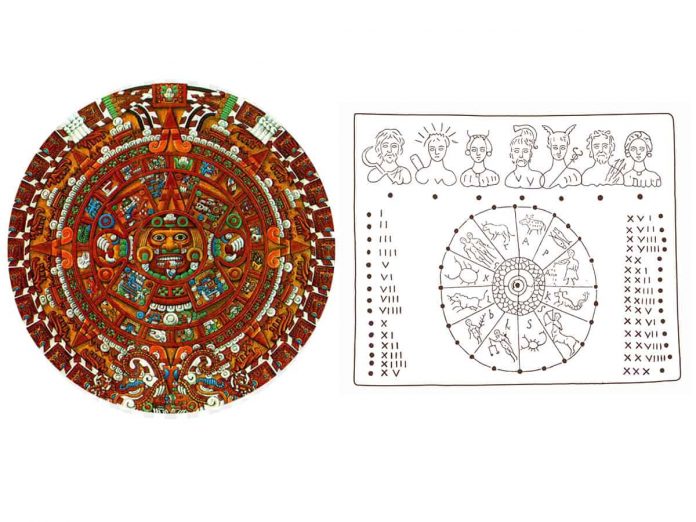 Chronological systems have not been easy to decipher. Especially for archaeologists, historians, archivists, collectors and authors dating a historical fact or artefact is a major exercise.

Islamic chronology is enigmatic and understanding it is serious business for those who research the events of the Muslim world. It appears as if, Islamic chronology was instituted immediately after the event that was to form the beginning of the Muslim era that, no serious problems were encountered in its application. But this is not true. The multiple chronological systems existing and used before Prophet Muhammad’s migration from Mecca to Madina in 622 CE were actively being used in various parts of the Mediterranean world and West Asia.

The Arabs were acquainted with the calendar keeping activities of the Indians, Seleucids and the Persians before the Hijri era was introduced in the time of the second Caliph, Umar in the seventh century. The Arabs were also influenced greatly by the Yemenis who were considered most proficient in maintaining dates showing days, months, and years in their records. Like in the traditional Chinese model of the Zodiac in which a classification scheme based on the lunar calendar assigns an animal and its attributes to each year in a 12-year cycle, in Mecca too the year of the Elephant, supposedly coinciding with the birth of the Prophet, had been in use.

Interestingly, in the interim period between the Prophet’s migration from Makkah to Madina and the institution of the new era, the Muslims in Madina started to identify the years with the local events that had taken place such as the year when a war took place, or the year when any natural calamity occurred.

After due consultations and calculations, while introducing the new Islamic calendar, Caliph Umar took the migration of the Prophet from Makkah to Madina as the starting point of an era for the Ummah and the State to follow. It was decided that Muḥarram was to be accepted as the first month of the lunar year. The migration had taken place exactly on 8th of Rabi I, which corresponded to September 20, 622 CE in the already existing Julian calendar of the Greco-Romans, but keeping in tune with the first day of the month of Muḥarram becoming the first day of the new Islamic calendar, July 16, 622 CE became the actual date of beginning of the Hijri calendar.

Despite taking such meticulous care, there remained many inconsistencies: the exact date of the Hijri still remained inconclusive and the year in which Caliph Umar promulgated the order of the new calendar was also contentious, and there was also an opinion that the Prophet himself may have taken lead in calendar making. Whatever the variations and discrepancies, it was quite certain that the Hijri was taken as the beginning of the Islamic era based on the importance of the migration which visualised a larger political role that Islam was to play in world politics in state building.

The introduction of the Hijri calendar certainly facilitated in dating events and maintaining records. It is believed that a solar Persian calendar (referred to as Shamsi) may also have been in use after the Hijri version was adopted by the Persians in the seventh century; this may have been in use much before in the original Shamsi form that the Persians were using (with modifications) for centuries. Some of the differences that arose were the result of the earlier pre-Islamic practices and could have been also the result of continuous contacts of Muslim countries with their European neighbours, with whom they had economic and political relations. Much was still required in calendar making to eliminate the problems that were coming up in using the Hijri calendar which was a lunar calendar operating on a 14 day cycle. Earlier, when problems had come up in dating pre-Islamic historical events of the Muslim world, historians, authors, chroniclers and others even in the post Islamic period continued to use the chronologies that were previously in existence like the regnal chronologies.

Al-Beruni makes mention of some conversion systems used by the people in South Asia. But it is not just in South Asia, even Hebrew, Jain, Buddhist, Hindu, as well as  traditional Burmese, Chinese, Japanese, Vietnamese, Mongolian and Korean calendars and the classical Hellenic and Babylonian calendars were all lunisolar. Also, some of the ancient pre-Islamic calendars in Arabia probably also had some kind of solar context. Therefore, lunisolar calendars were in use in many cultures whose date indicates both the moon phase and the time of the solar year. If the solar year is defined as a tropical year, then a lunisolar calendar shows a season; if it is taken as a sidereal year which is based on the Earth’s orbit around the Sun, then the calendar taking the stars as a reference frame predicts when the full moon may occur. Thus, lunisolar calendars had the potential to bring about a rough agreement with the solar year and the seasons which is why Rabi is a cropping season as well as a lunar month.

In line with this same concept of inaugurating the era with a regnal year, the Mughal Emperor Akbar started the Illahi era beginning from Rabi II 963 corresponding to February 13, 1556. The era dated from Akbar’s accession year. This was also the Vikram Samvat era year 1612 based on the traditional Hindu calendar, Vikram Samvat, a lunisolar calendar. Emperor Akbar also started another innovation i.e., the Fasli era which was based on agrarian activities and collection of land revenue for which the Hijri calendar was inconvenient. Introduction of the Fasli calendar was in consonance with the Todar Mal Bandobust of revenue reforms in administration.Fasli meaning harvestis derived from the Arabic term for division, which in the Indian sub-continent was applied to various seasons. Akbar randomly took 649 years from the Samvat year in order to make the Fasli year 963. Thereafter, the Fasli era proceeded according to the Samvat calendar. This was a change to the solar year. It is seen from records that correspondence of the Europeans based on the Common Era (earlier known as Christian Era) solar calendar was in use in many parts of the sub-continent and some other places from the seventeenth century onwards.

The Gregorian calendar followed by the majority of societies in the world from the sixteenth century, adds days to the lunar month to adjust the mismatch between twelve lunar cycles, while the Vikram Samvat and the Hebrew calendars maintain the lunar month cycle and an extra month appears, on a strict scientific basis, roughly once every three years or 7 times in a 19-year cycle, to ensure that festivals and crop-related ceremonials fall in the appropriate season. The extra month appears in Chinese and Jewish calendars as well.

Not just in the Indian sub-continent, similar changes in calendar making were being affected in other countries such as Turkey and Persia as well and the solar year was adopted while the era was still Hijri. This is the reason that many societies including various components of the South Asian polity use a double system where the month is calculated on a lunar basis but the year is adjusted on a solar basis so that the same month occurs at about the same time in the solar cycle.

Earlier Turkey followed the solar months with Hijri dating according to the Ottoman fiscal year starting in the month of March while the Hijri calendar started on the first of the month of Muharram. Then Turkey adopted the Julian calendar in the seventeenth century. And finally, Mustafa Pasha Ataturk introduced the Gregorian calendar and the Common Era as part of his reforms in the early twentieth century. Iran also adopted a solar year; the names of the months in its calendar are Persian, and the era is still that of the Hijri.

Why then arises the question did the Hijri calendar become fixed in its lunar rotation? Probably the shifting of the three successive sacred (forbidden) months mentioned by Prophet Muhammad (months in which battles are forbidden) – Dhual-Qadah, Dhual-Hijjah, and Muharram, months 11, 12, and 1 respectively and the single forbidden month of Rajab, month 7 mentioned in the Quran may relate to this. This variation in cycle is still seen in various parts of South Asia in the concurrent calendars appearing on title pages of newspapers every day.