What is the mystery behind the origin of Coronavirus that China is trying to hide? The entire world wants to know whether the virus originated from the ancient caves near Wuhan or whether it was prepared in a Chinese lab. People across the world want to know whether the virus originated from a wet market in Wuhan or was it spread by bats that flew out from the caves.

A global team of researchers from the World Health Organization landed in Wuhan from Singapore on Thursday to probe the origin of the virus. The visit of the ten-member team from the US, Australia, Germany, Japan, Britain, Russia, the Netherlands, Qatar and Vietnam, was approved by Chinese government after months of diplomatic wrangling.

The team was immediately put under 14-day quarantine and the members underwent throat swab test and an antibody test. They will now work with Chinese experts via videoconferencing. The team members want to explore whether the virus was passed on to traders in the Huanan seafood market by wildlife poachers who may have visited the caves. It was in this seafood market where the first big cluster of Covid infection cases was noticed. As of this moment, there is no certainty whether the WHO team will be allowed to visit the caves or the seafood market or Wuhan Institute of Virology lab from where the virus was suspected to have originated.

The Wuhan Institute of Virology has a vast archive of genetic sequences of Coronaviruses that was created in the wake of 2003 SARS (bird flu) epidemic which had then spread from China to other countries of Asia. The WHO team wants to access lab logbooks and data, speak to both senior and junior Chinese researchers to find out about safety protocols that are used for sample collection, storage and analysis.

The WHO team’s visit to China comes at a time when nearly 22 million people in China have been asked to stay inside homes due to lockdowns enforced in several cities following fresh outbreak of Covid cases. Lockdown has been imposed in two cities having 17 million population, Shijuazhang and Xingtai, Langfang (near Beijing) and Heibei province adjoining Wuhan, where wartime emergency has been declared. Heilongjiang province in northeastern China has also been declared a an “emergency state”. All bus and train transport, weddings and funerals have been cancelled. On Thursday, China reported its first Covid death after a gap of eight months.

The WHO team that landed at Wuhan airport was welcomed by Chinese officials wearing hazmat suits (PPE kits). All the team members, who had already obtained negative Covid test reports in Singapore, were asked to undergo fresh throat swab tests by Chinese authorities who said they do not recognize Covid reports issued by other countries, and a 14-day quarantine was a must for all outsiders arriving in China. The WHO team members were told that the Covid situation has deteriorated in China and lockdowns have been imposed in many cities.

The WHO team is led by Dr Peter Ben Embarek, a world renowned virologist. He said, the team will be able to move around, visit important sites and meet Chinese researchers only after two weeks. “The idea was to advance the number of studies that were already designed and decided upon some months ago to give us a better understanding of what happened”, he added.

In my prime time show ‘Aaj Ki Baat’ on Thursday night, we showed Dr Embarek saying, “We have been told that the virus originated from bats and it spread to humans in December, 2019. We need to know what happened between this period. Details are yet to come about to which other animals did this virus spread. We don’t know what happened during this time gap. We are probing all this. We will probe what happened at the wet market in Wuhan and what were the conditions prior to that.”

Dr Embarek said, “In our team, we have experts who know how to deal with epidemics, there are doctors who can treat animals, and virologists. Since they are experts in their domains, it will help us in the probe. Let me say it now, we do not expect to reach conclusions in our first visit, this will require more such missions in the coming days, and need more research. Then only we can say anything about the origin of the virus.”

The WHO doctors and scientists had gone to Wuhan with high hopes but they have been trapped by China. In the beginning, China had flatly denied that the virus originated from Wuhan, it tried to shift the blame on Italy. When questions were raised about the origin, China banned arrivals of outsiders into its country. China then started claiming that it has controlled the pandemic, but it did not allow other countries to go to China and investigate. China has given the permission after a gap of more than a year, and now it has quarantined the WHO team of experts, citing fresh outbreak of pandemic and lockdowns. China is changing its stance like a lizard.

In ‘Aaj Ki Baat’ show, we showed how Chinese authorities covered the entire stretch of road where the WHO doctors boarded the buses from the airport with large plastic sheets, the entire airport staff, bus drivers and security personnel were wearing PPE kits, to show as if it was expecting virus to spread from the WHO team. And that too, in Wuhan, which China had declared Corona-free. People in Wuhan have been asked to stay in their homes.

It is surprising that life in Wuhan was normal only a few days ago and there are many localities where people still move freely. Only two weeks ago, Chinese President Xi Jinping had released videos of people celebrating the New Year in China, at a time when the rest of the world was having subdued celebrations with people staying indoors. But when the WHO team came to Wuhan, China quickly drew the Bamboo Curtain by imposing lockdown in several cities to show that there was fresh outbreak of the epidemic.

You will be surprised to know China had stopped giving statistics about fresh and active Covid cases and fatalities since May last year. At that time, China had claimed that only 4,000 people died of Covid, and from then onwards there was no change in the death toll. But on Thursday, when the WHO team arrived, China’s National Health Commission issued figures to tell the world that there has been 150 fresh Covid cases and one person has died. China told the world that it has imposed lockdown in many cities and has asked nearly 40 million people to stay at home.

Nobody knows the true facts about these Covid statistics, only China can tell, but the truth may never come out.

From this entire drama, one thing is crystal clear: China wants to fool the world and is trying to put a curtain over the real cause of origin of Coronavirus. The whole world knows that the Coronavirus originated from China and it caused worldwide pandemic.

The moot question is whether the virus originated from ancient caves or was it developed in a Chinese lab and then deliberately spread across the world. What does China want to hide from the WHO team of scientists that has arrived in Wuhan? Why did the Chinese intern, who broke to the world the story of the virus spreading from the lab, vanish? Why Italy faced the brutal attack of the first wave of pandemic, when Italians graciously hugged Chinese tourists who were visiting Italy? Why did the US President Donald Trump deliberately called Coronavirus as ‘Chinese virus’? Why did those Chinese individuals vanish when they started reporting on the origin and spread of Coronavirus?

The only way out for China to show its bonafide intentions will be to allow the WHO team to investigate independently, without any fetters. China must allow the WHO team to go to the Wuhan caves, the seafood market and the virology lab, without any restraint. People who know deeply about how the Chinese government functions, say there is little hope of the truth emerging from China, because the Great Chinese Wall is the thickest. 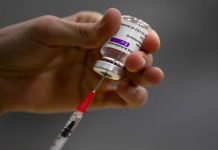