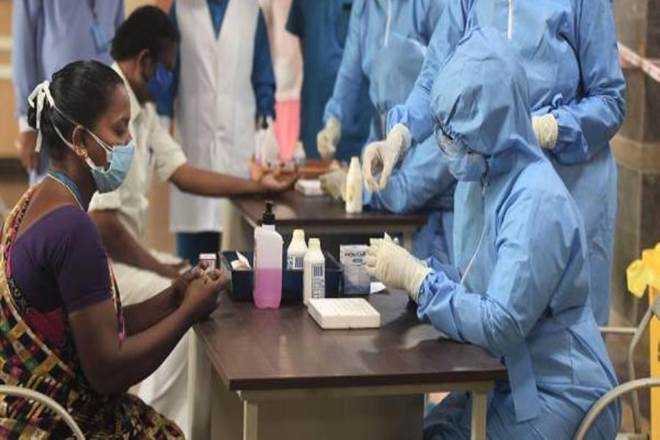 Covid-19 was first reported by China on December 31, 2019, lifting the curtain on a year that will go down in history as the Year of Covid-19. By May 7, 2020, the world has seen the global pandemic spiral up in rising graphs of infections and deaths. The experience has differed across continents, countries in the same region, and even between states within a country. The timelines of the epidemic have been different, with the first case being reported several weeks apart in different countries. That makes comparisons difficult, if the variations in the reported starting point are not taken into account.RELATED NEWS

We analysed the time trends of reported Covid-19 deaths in 26 countries from different continents, with higher numbers purposively chosen from Europe and Asia. In each case the date of reporting of the first case was identified as the starting point. Deaths per million population was chosen as the statistic for tracking the temporal trends within each country and for comparing those trends across countries. Deaths per million is a statistic that reflects deaths attributed to Covid-19 in the population, while the Case Fatality Rate (CFR) relates to deaths among diagnosed cases.

In the case of CFR, the denominator is very variable, depending on the number of tests performed and the criteria employed for testing. CFR is very vulnerable to these variations and is best reserved for comparing hospitals treating the same disease conditions or comparing the virulence of different diseases, as when we compare SARS with MERS at the end of the epidemic periods.

Deaths per million population provides a definable indicator that is not vulnerable to testing rates and captures the effectiveness of both the population-based containment measures as well as the case management capabilities of the healthcare system. These play out against the larger backdrop of socio-demographic, climatic and economic characteristics of the population, which differ from country to country.

What matters most is the ability of countries to minimise the death burden due to Covid-19 at the level of the whole population, not just in hospitals.

The time trends (see table) show how different countries that commenced their Covid-19 journey within a week of each other fared over the next 30, 60 and 90 days. For countries which had a later starting date the 90-day period was still to be completed by the time the analysis was performed on May 7. However, the trends so far provide meaningful comparisons. Whether Covid-19 deaths are being under-reported by some countries has been raised as a question. That requires analyses of total deaths in the population, especially the deaths not due to road traffic accidents (which would have been reduced due to lockdowns).

We rely on the Covid-19 deaths as reported; believing that under-reporting alone could not have given rise to the large differences that are clearly observed.

India has maintained a much lower mortality trajectory than Germany, Italy, Spain, Sweden, the UK and Belgium, which reported their first cases within the same 7-day window as India. The closest comparator in that time window, in terms of a low population mortality rate for Covid-19, is Malaysia, which reported the first case a few days ahead of India. Other countries sharing this time window of commencement showed a large rise in the mortality rate between 60 to 90 days after the first case.

India and Malaysia too showed a sharp relative rise during this period, but with much lower rates in absolute terms. Was this an effect of the lockdown, superimposed on other favourable socio-demographic conditions? The European countries which imposed lockdowns did not reap a similar level of benefit, possibly due to different background conditions. Context matters, modellers beware!

Sweden and Denmark offer an interesting comparison. Sweden, which chose not to impose a lockdown and opted for less stringent social distancing, was the poster child for the opponents of lockdown. However, the cumulative death rate started mounting between 60 to 90 days and is still rising. Denmark, whose death rate was higher than Sweden’s at 60 days, pegged down the rate before the 90-day mark and now has fewer deaths per million than Sweden. Denmark is on the road to releasing the lockdown.

France experienced the steepest rise in its death rate between 60-90 days. Singapore, which kept the lid tightly closed till 90 days, has seen a recent rise, albeit at very low levels of overall mortality. Vietnam is the superstar, which reported its first case on January 24 and has not reported a single death till May 7!

The UK—which initially selected ‘herd immunity’ as its chosen route and shunned social distancing and lockdown—saw a sharp jump in death rates between 60 to 90 days, and has now gone into a lengthening lockdown. The US, which has had a chaotic mix of control measures—that varied from state to state and time to time—experienced a sharp rise between 60-90 days, and the rate was still rising sharply on May 7. The cumulative death rates per million, however, place it below the UK, France and Belgium. At the next G7 meeting, Germany can look at others in the eye and speak of how successfully the rise in the cumulative death rate was contained after day 90 and kept below the others. India can do that at the next G20 meeting, with a steady rate of rise recorded at very low levels of deaths per million.

These may be early days yet, to draw definitive conclusions or make firm predictions. As the virus prances across populations, lockdowns end and weather patterns change across the globe, we may see new trends emerge. Those trends would have to be analysed to examine which interventions worked well and which did not. They will also give us insights into the behaviour of the virus in different populations. For now, we can draw assurance from the data-based observation that India has fared well in containing the most dreaded manifestation and measure of Covid-19—deaths per million population. We need to keep that cumulative mortality rate pressed down with the weight of our collective resolve and competent response.

Authors are with the Public Health Foundation of India (PHFI). Views are personal