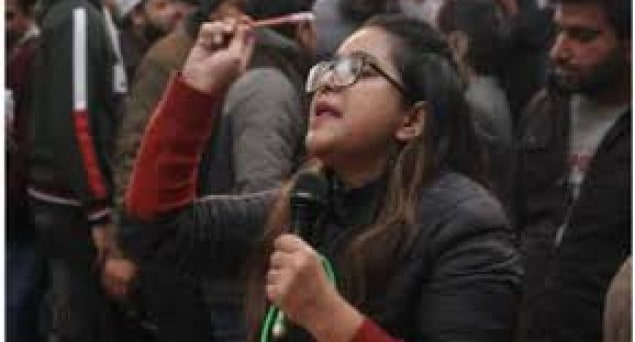 Hyderabad: Strongly condemning “the targeted arrests” of three Muslim women-Gulfisha, Safoora Zargar and Ishrat Jahan-and charging them under draconian Unlawful Activities (Prevention) Act (UAPA) by linking them with the Delhi violence in February this year,  the Hyderabad Muslim Women’s Forum (HMWF) has demanded dropping of all the charges against them and their unconditional and immediate release from jail.

Expressing their solidarity and support to them, the forum, in a statement, also demanded an immediate halt to all such “malicious attacks, detentions and arrests of students, activities and organisations”.

Stating that these women had taken part in peaceful and democratic protests against CAA, NRC and NPR, the forum said that “these attempts to intimidate through incarceration and false cases are even more shameful if not downright criminal, given the prevailing global health crisis when physical distancing is a matter of utmost priority and overcrowding of prisons a worldwide issue”.

Stating that “we are deeply disturbed, amidst the hundreds of cases and arrests, by the arrests of Gulfisha, Safoora Zargar and Ishrat Jahan who were in the forefront of anti-CAA protests and have been charged under sections of the Unlawful Activities (Prevention) Act (UAPA) as well as with sedition and are languishing in Tihar jail”, the forum members said that “the authorities are using false narratives to link the anti-CAA protests with the violence in Delhi in February 2020 to charge these women as key conspirators of the violence”.

“Ironically, as was widely reported and documented, the actual instigators continue to enjoy impunity and remain free”, the forum pointed out.

Giving reasons for  protesting against their arrests, the forum members said that one of the reasons was that the jails are overcrowded and there is fear of them getting infected by coronavirus and the second reason is that the charges against them were “politically motivated” which do not harm anyone as of now. The third reason of protest they say is that these women are not given access to their lawyers and families which is utterly illegal and illogical and the fourth reason is that these women are not able to get legal remedies at this point of time because courts are working at minimum capacity and with least regularity due to lockdown.

They said that “slapping of UAPA and sedition charges that don’t give relief of bail to the accused is a deliberate attempt to silence and threaten students, activists and organisations”.

“We think that these arrests are, therefore, undue and authoritarian use of power”, the forum said.

Questioning the police using its resources to go for arrests at a time when thousands of people, migrant workers and others were facing untold hardships due to lockdown owing to corona outbreak,  the forum said that this simply indicated the “vengeful and petty attitude of the authorities that are simply intended to harass these women”.

“We are dismayed at such anti-democratic curbs on the rights and civil liberties of these activists, and the risks placed to their health and safety. We also believe that the Corona threat is being used by the State as no legal remedy or public protests are possible now”, the women’s body said.

The signatories to the statement include: