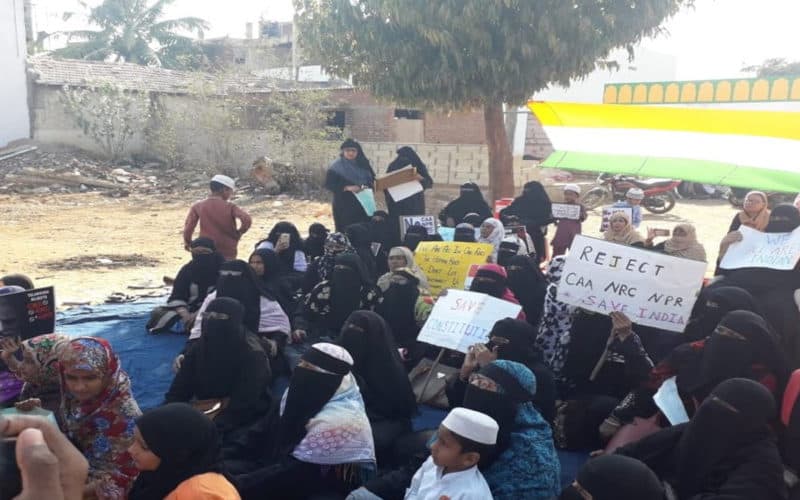 Hyderabad: In spite of desperate efforts by the police to foil Delhi’s Shaheen Bagh type indefinite sit-in protests by women in Hyderabad, a large group of them have gathered at Mumtaz Bagh near Barkas, in what could be turned out into a long haul.

The police were taken surprise after more than 200 women, children and men have started an indefinite sit-in protest against the CAA, NPR and NRC. Social activists Khaleda Parveen, Sheeba Minai, Shiraz Khan and others have suddenly arrived at Mumtaz Bagh grounds in front of Khalid Miyan Dargah and settled down. The group is also raising slogans periodically.

Which three elements cannot be betrayed by real Muslims?